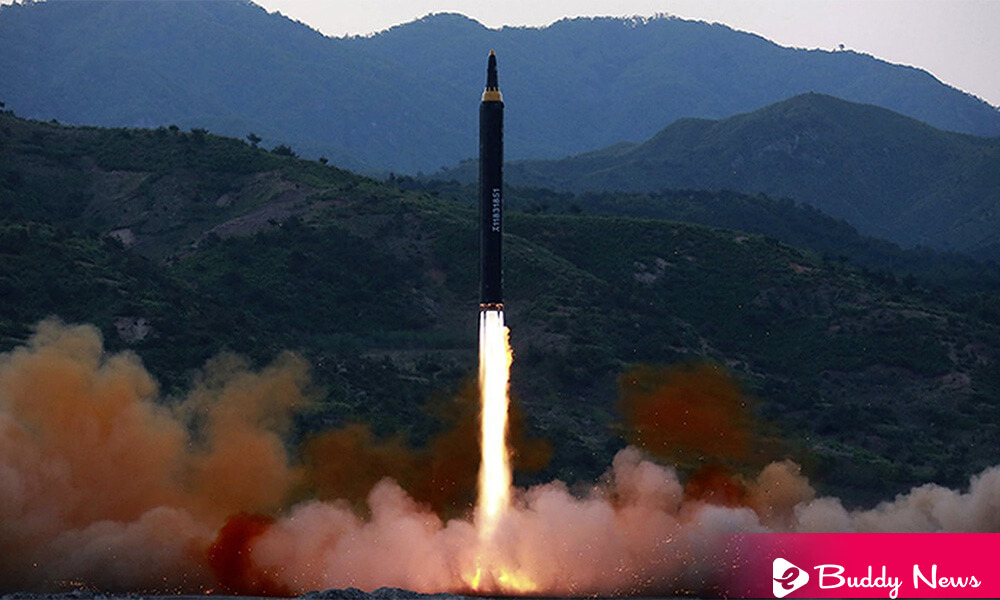 On Wednesday, Japan and South Korea says North Korea launches a ballistic missile into the waters off its east coast. A week after its leader Kim Jong-un promised to accelerate its nuclear arsenal development.

According to the Joint Chiefs of Staff of South Korea, North Korea launches the ballistic missile on the east coast from Sunan, an area of Pyongyang, the North Korean capital.

Meanwhile, Japanese Deputy Defense Minister Makoto Oniki said the missile is estimated to have flown at a maximum altitude of about 800 kilometers over about 500 kilometers. The missile traveled before it fell into the sea outside of the Exclusive Economic Zone of Japan.

The launch is the first of North Korea since a military parade late on April 25. At which, leader Kim Jong Un vowed to ramp up his nuclear arms development.

After the parade, Kim said that he could trust True peace. Furthermore, the powerful self-defense force could guarantee national dignity and national sovereignty to overcome the enemy.

He said the first mission of his nuclear force was to deter war, but if anyone tried to carry away the fundamental interests of their country, their nuclear force would have no choice but to execute its second mission. He did not detail what the second mission would be.

Missile test on Wednesday is the 13th of the year of North Korea, including one on March 16, which is supposed to have failed.

They conducted only four tests in 2020 and eight in 2021 comparative.

Among tests in this year was the launch of an ICBM on March 24, North Korea’s first test of that weapon in more than four years.