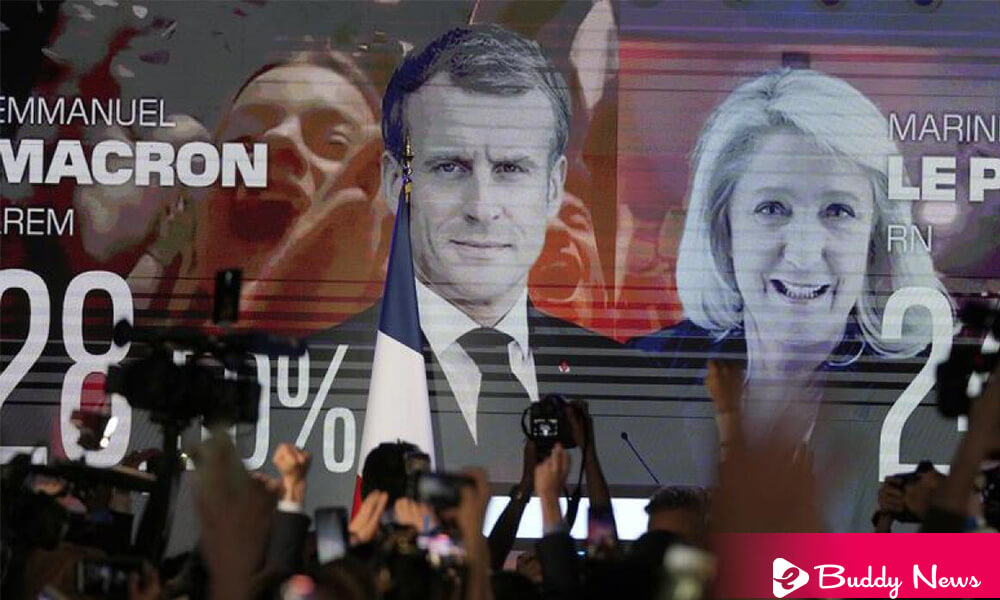 Emmanuel Macron, the present French president and candidate for reelection, received the most votes (27.6%) in the first round of the French elections held this Sunday, April 10. However, Emmanuel Macron will face Le Pen in the second round on April 24.

On April 24, he will contest the presidency with the far-right candidate, Marine Le Pen (23%), according to the Ifop-Fiducial exit poll.

The third most voted candidate was Jean-Luc Mélenchon, from the left, who obtained 22.2% of the ballots, less than one point behind Le Pen.

Far behind are the other far-right candidate, Éric Zemmour (7.2%); the ecologist candidate, Yannick Jadot (4.8%) and the conservative candidate, Valérie Pécresse (5%). And remaining Jean Lassalle, Fabien Roussel, Anne Hidalgo, Nicolas Dupont-Aignan, Philippe Poutou and Nathalie Arthaud are not even exceed 4%.

Exit polls by OpinionWay, Ipsos-Steria, Harris Interactive, and Elabe also place Macron and Le Pen. Therefore, Macron will face Le Pen in the second round of the presidential elections.

Marine Le Pen, the presidential candidate of the far-right National Rally (AN) party, promised to put France in order in five years in her first speech after the first round of the French presidential elections.

Le Pen stated in his acceptance speech that the political decisions of the next five years would depend on your vote, but in reality, they will commit France for the next 50 years. She will put France in order in five years.

She added that people destined to join this group who did not vote for Emmanuel Macron today.

Also, Le Pen received the support of the other far-right candidate, Éric Zemmour. Zemmour stated in his speech after election day that he asked the voters to vote for Marine Le Pen.

On the other hand, the main conservative, socialist, and ecologist candidates have already asked for the vote for Macron. In contrast, the third most voted candidate, Jean-Luc Mélenchon, from La France Insumisa, did not openly explain the vote for Macron but has summoned voters not to give a single vote to Le Pen.