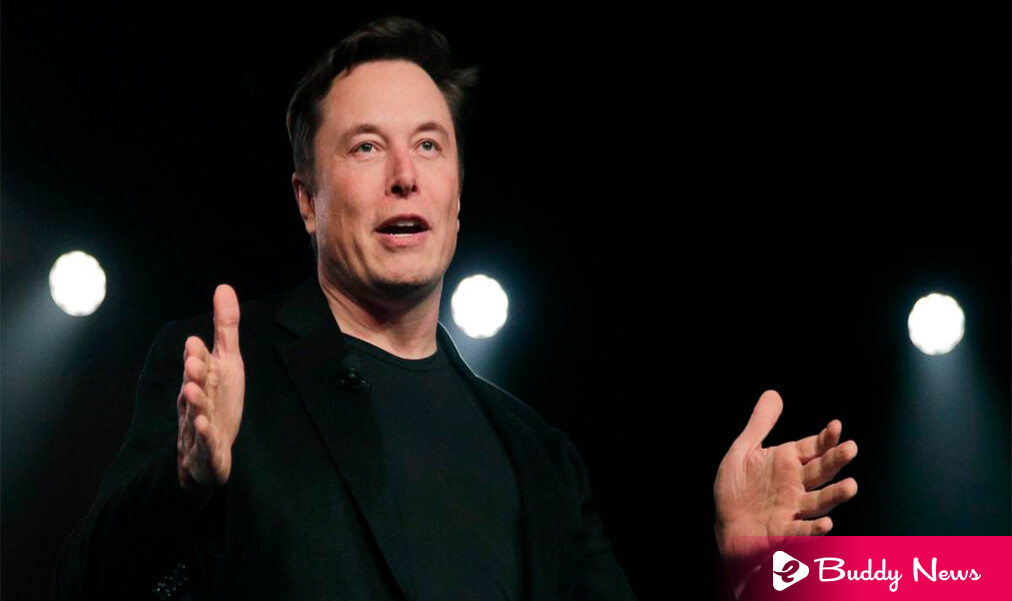 Once Tesla CEO Elon Musk planned to study at Stanford University. He had gone to the campus in 1995 to meet with Musk’s prospective professor. Unfortunately, he dropped out of the university at that time.

Tesla CEO Elon Musk receives a letter from a Stanford professor who could have been his professor if he had not put his undergraduate studies on permanent deferment. He shared an image of the letter recently.

The Stanford professor praised Musk for his sound knowledge of lithium batteries.

The June 14 letter mentions a research job Musk could have worked on had he not dropped out of college. Musk wrote in the caption that nice letter from Bill Nix, who would have been his professor at Stanford if he had not (permanently) postponed his graduate studies.

The initial paragraph of the letter showed that William D. Nix, a lecturer of engineering in the Department of Materials Science at Stanford University, responded to Musk’s recent interview. 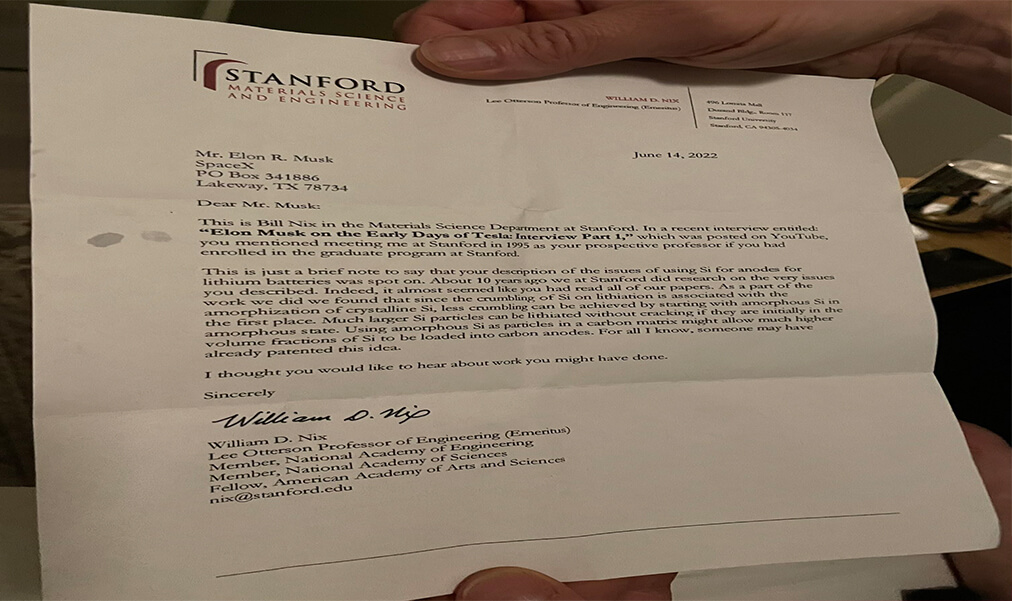 In a recent interview posted on YouTube, he mentioned that he would meet him at Stanford in 1995 as his possible professor if he had enrolled in a graduate program at Stanford.

In the letter, the professor praised Musk for describing the problems of using Si for lithium battery anodes. He said that we researched the same problems that Musk described ten years ago at Stanford. It almost seemed like he had read all of our articles.

Elon Musk posted the letter that he receives from a Stanford professor. The post has got more than 137,000 likes. It has led people to share various comments. Musk also responded to his post and joked about how the letter shows his P.O. box number and that he possibly has to change it. After tweeting this, he wrote in the following tweet that he might need a new P.O. Box.

In a post, one user wrote that Musk continued his studies instead of developing companies. He could be a teacher without Tesla, SpaceX, or even PayPal. It would be a weird timeline that would have. Another added that this is great.

A third said never mind; Musk has accomplished much more by going his way than that letter would have gotten him. He respects Musk’s achievements. He has flown higher than the Eagles, while others pointed out the probable—unintentional error of disclosing the post office box number.