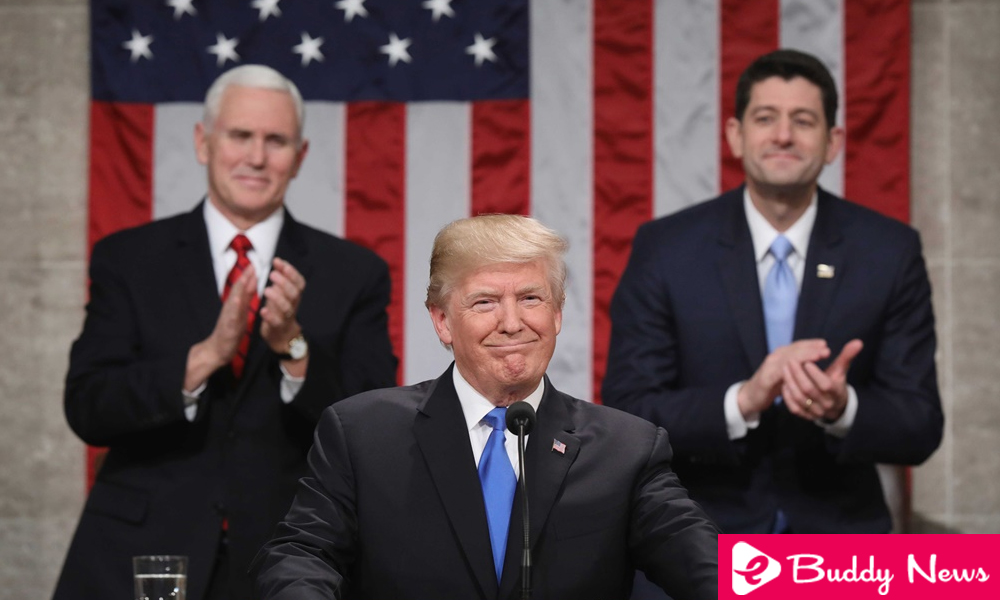 US President Donald Trump on Tuesday urged lawmakers to work together to achieve bipartisan agreements, but he promoted a tough policy on immigration and insisted on building a border fence as part of a pact to protect the children of undocumented immigrants.

Before the Trump State of the Union address, Democrats had said they expected to see signs that the president would give in on the controversial issue of whether to protect young immigrants known as “Dreamers” from deportation.

The president, however, sought to keep his conservative base happy ahead of the November legislative elections and adhered to the principles that the Democrats oppose, including the construction of the border wall with Mexico and new restrictions on the number of family members that legal immigrants can take to the United States.

“Tonight, I call everyone to set aside our differences, to seek common interests, and to convene the unity we need to fulfill the people who elected us to serve them,” Donald Trump said in his first State of the Union speech. before Congress.

Donald Trump used the one-hour-and-20-minute speech that US presidents deliver every year to try to dispel doubts about his presidency at a time when he faces an investigation into alleged ties to his campaign with Russia and low approval ratings. 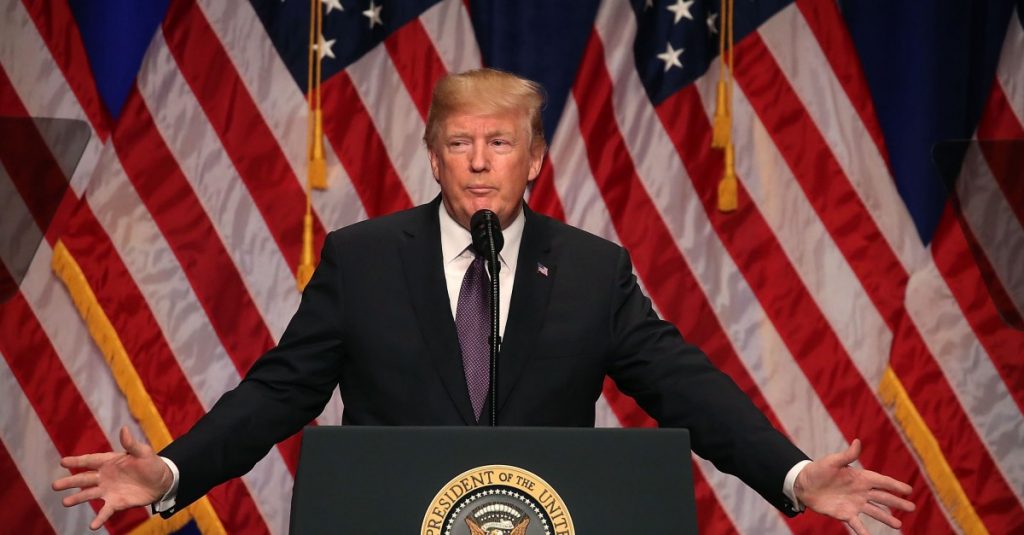 The Republican did not mention the federal investigation into whether his campaign colluded with Moscow during the 2016 election, a controversy that has haunted his presidency. Donald Trump has denied the collusion and has said that the investigations are a “witch hunt.”

The speech did not provide many details about Donald Trump’s policy proposals.

Donald Trump boasted of the good health of the United States, its accelerated growth near 3% per year and unemployment that has continued its progressive decline and which closed December at 4.1%. There were few signs of unity in the House of Representatives room while Trump spoke. Republican lawmakers loudly applauded the president, while Democrats sat in silence and many booed their immigration proposals.

Criticism of leaders of North Korea

Regarding foreign policy, Donald Trump criticized the “degenerate character” of the leaders of North Korea and said that the “irresponsible search of nuclear missiles (of Pyongyang) could very soon threaten our country.”

“We are waging a campaign of maximum pressure to prevent that from happening,” he said.

He also said he signed an order to keep the military prison in Guantánamo Bay, Cuba, open for militia detainees. During his tenure, former Democratic President Barack Obama promised to close the compound, which had been criticized by human rights groups but could not close it completely.

It was not clear if Donald Trump will follow his call for harmony between the two parties. The president’s previous attempts to convene the unit have been undermined by spiteful messages on Twitter and divisive communiques that have angered the Democrats and have frequently annoyed lawmakers in their own Republican Party. 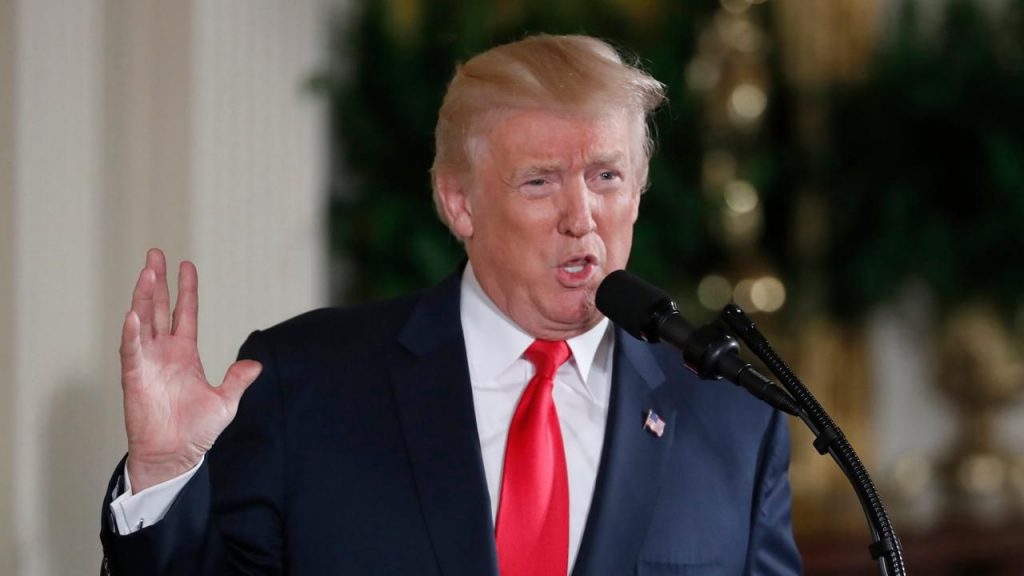 The call for unity will be put to the test during the search for an agreement to protect 1.8 million “Dreamers” – immigrants who were illegally taken to the country during their childhood – who face the possibility of starting to be deported. As of March 5.

Donald Trump said he was “extending an open hand” for an immigration agreement and that it would provide “Dreamers” a path to citizenship after 10 to 12 years, in exchange for funds to finance a border wall with Mexico and restrictions on the legal immigration.

The Republican said his plan is a “commitment at the center,” but some Democrats booed him when he said he wanted to curb “chain immigration,” the ability of legal immigrants to bring a large number of family members into the country.

Donald Trump boasted of the good health of the United States, its accelerated growth near 3% per year and unemployment that has continued its progressive decline and that closed December at 4.1%, the lowest figure in 18 years, below 4, 8% in which he was when the magnate assumed power.

The president highlighted the creation of 2.4 million jobs, of which 200,000 belong only to the manufacturing sector.

The president also celebrated “the largest tax cuts in the history” of the country, promulgated by his management. 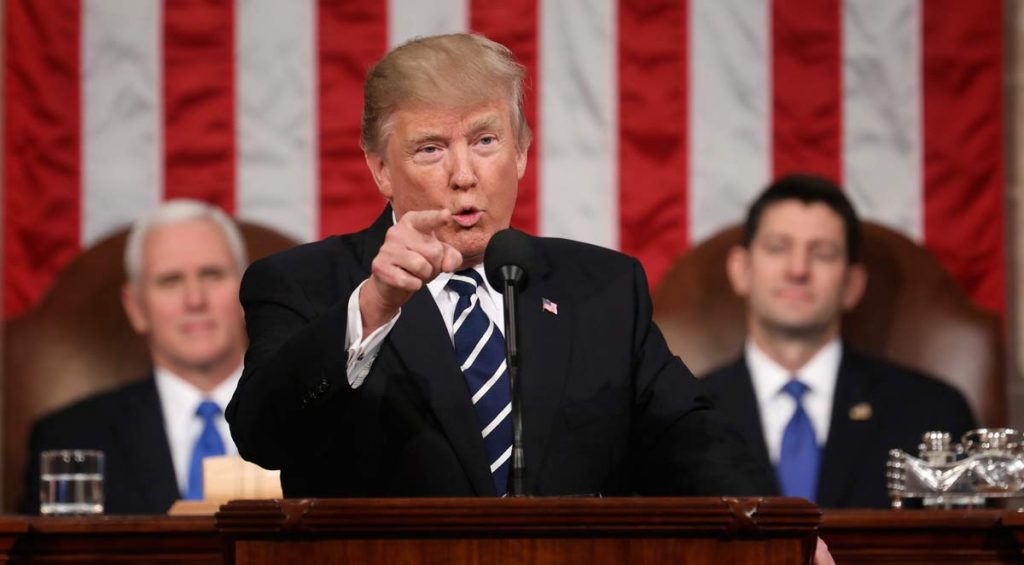 The president got Congress to approve his ambitious fiscal reform, the largest in three decades in the United States. And that it is considered as the great legislative triumph of its first year of mandate.

The reform includes, among other aspects, a notable reduction in corporate tax paid by companies, from 35% to 21%, and other reductions to a lesser extent for workers.

“We have cut the corporate tax rates from 35% to 21% so that American companies can now compete and win against anyone in the world, and it is estimated that all those changes will increase their income by more than the US $ 4,000. “, he stressed.