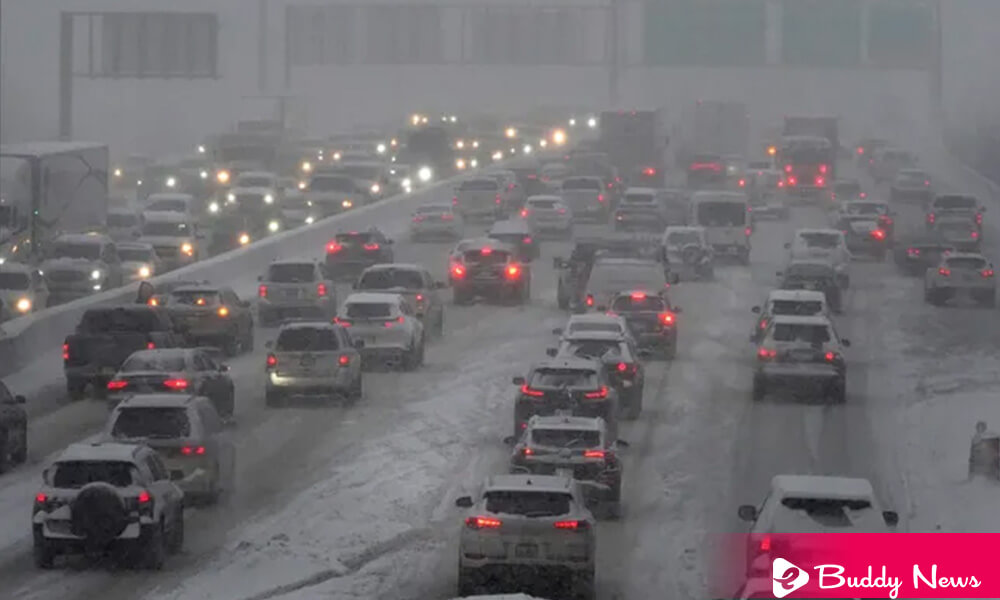 A major winter storm impacted millions of Americans in the Central US. On Wednesday, it brought a mix of rain, freezing rain, and snow to the central United States. Because of the storm, governors urged residents to stay off the roads, schools closed campuses, and Airlines canceled thousands of flights.

The weather was frigid and intensified on Tuesday night. It put a long stretch of states from New Mexico and Colorado to Maine under winter storm warnings and watches on Wednesday morning around the central US. However, cities like Oklahoma, Kansas, Missouri, Illinois, Indiana, and Michigan saw freezing rain, sleet, and snow.

The storm was moving in more than a foot of snow was possible in parts of Kansas, Missouri, Illinois, and Michigan. On the heels of a violent northeasterly storm last weekend that obtained blizzard conditions to many parts of the East Coast.

Forecasters said they expected the accumulation of ice and snow for the rest of the day in various parts of the south from the Dallas-Fort Worth region in Texas. Also, they are saying that snow and ice may extend into the weekend at Memphis, Tennessee.

According to flight tracking site, between 1,000 and 3,000 flights were canceled by airlines for Wednesday and Thursday. Southwest Airlines announced about all operations on Tuesday. It stated that it would suspend all operations at Lambert International Airport in St. Louis and operations of Thursday at Love Field in Dallas.

The National Weather Service said that it expected 6 to 12 inches of snow on the morning of Thursday in the parts of the Rockies and the Midwest. There was freezing cold from Texas to the Ohio Valley.

Also, on Wednesday and Thursday, 8 to 14 inches of snow is possible in Michigan, including Detroit, and 9 to 14 inches in northwest Ohio.

The ‘United States Atlantic coast’ residents were still reeling from the historic winter storm that hit the area over the weekend.