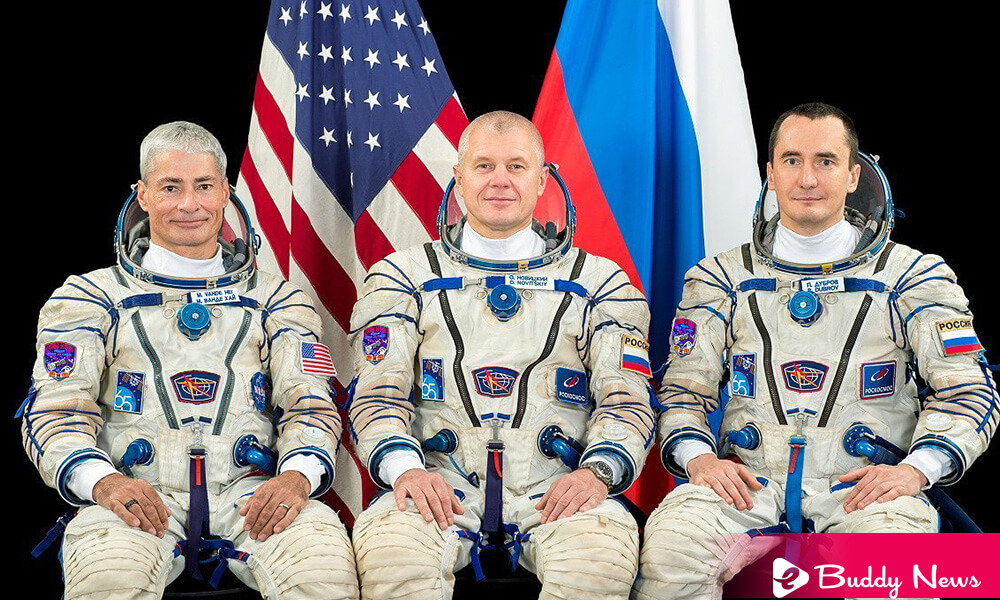 In between Russian forces invading Ukraine and the West responding with unprecedented sanctions, US astronaut is preparing to travel with two cosmonauts on a Russian spacecraft return to Earth from the International Space Station after this month.

Mark Vande Hei, a retired Army colonel, is set to break the record Tuesday for an American astronaut’s longest continuous stay in space before departing from the ISS on March 30.

After Russia invaded Ukraine, there were some fears that the cosmonauts would get rid of Vande Hei when they returned to Earth in a couple of weeks.

Dmitry Rogozin, head of the Russian space agency Roscosmos and a longtime Putin ally, posted a video showing removing the US flag from a Soyuz rocket and has publicly argued with the retired US astronaut, Scott Kelly.

In a since-deleted tweet, Rogozin reportedly told Kelly that the death of the [ISS] will be on your conscience.

NASA Says US Astronaut Will Return From Russian Spacecraft Safely

Russian state media also shared edited footage from the ISS that shows cosmonauts saying goodbye to Vande Hei. They depart without him before the Russian segment separates from the rest of the space station.

Kelly told the media that it made him a little angry that the country they had been in this international partnership for 20 years. It would take the time to make a video to threaten to leave behind one of the crew members responsible.

He added that they agreed to be responsible for his safety, taking him to the space station and taking him home. For him, that just crossed the line.

Despite the concerns, NASA said they continue to work with their Russian counterparts and that Vande Hei will be on the Soyuz rocket later this month.

Joel Montalbano, ISS program manager, said at a NASA news conference on Monday that they have on March 30 the return of a Soyuz, the return of Anton, Pyotr, and Mark. And he can assure you that Mark will return home in his Soyuz. They are in communication with our Russian colleagues. There is no question about that.

He also added that their colleagues at Roscosmos have confirmed that they are ready to bring the entire team home, the three.

The US Commits To Support ISS Through 2030

Roscosmos also said that the March 30 return would go ahead as planned via Russian state media.

The space agency told the news agency that Roscosmos has never let anyone doubt its reliability as a partner.

The two Russians, Pyotr Dubrov and Anton Shkaplerov, will land with Vande Hei in Khazakstan after this month.

Vande Hei and Dubrov initially launched to the ISS last April. They will stay twice as long to accommodate a Russian film crew. By the time Vande Hei returns, he will have logged 355 days in space, a new American record.

The Biden administration targeted the air and space industry of Russia in the first round of sanctions after Putin invaded Ukraine last month.

Biden said on February 24 that they estimate that they will eliminate more than half of Russia’s high-tech imports. It will devalue Russia’s aerospace industry, including its space program. Also, it will deal a serious blow to its ability to modernize its military further.