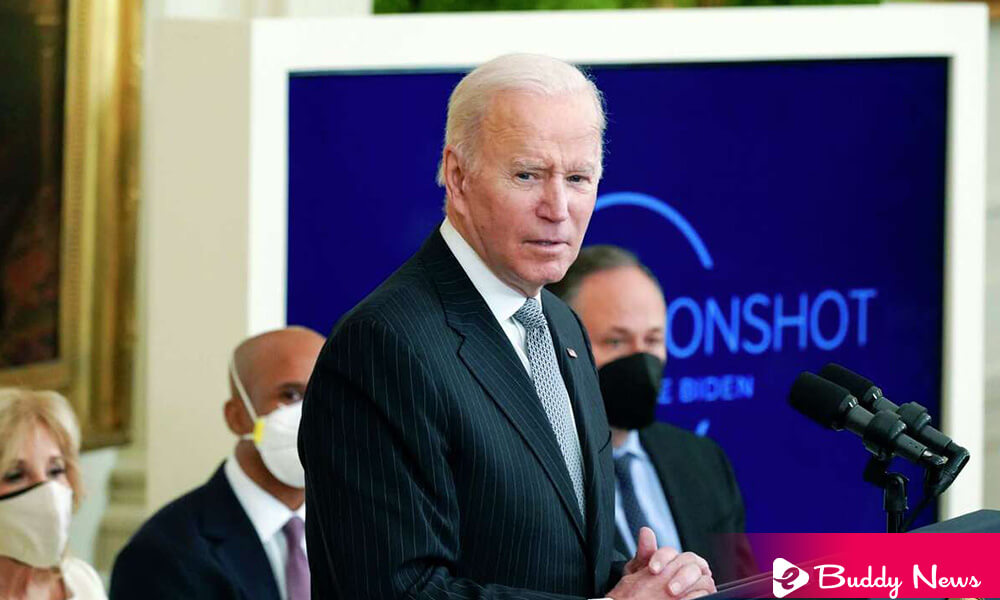 The president of the United States, Joe Biden, set the aims to reduce deaths from cancer in his country by 2047 and asked to combat this disease with the same extreme urgency applied to the fight against covid-19.

During a White House event two days before World Cancer Day, Biden participated there. And Biden said that he has an aims to reduce the cancer deaths rate by 50% over the next 25 years is ambitious but fully achievable.

The president stressed that we want to convert more death sentences from cancer into chronic diseases that people can live with it. He stated this before a hundred cancer patients, survivors, family members, researchers, and doctors.

In fact, the fight against cancer is personal for Biden, who in 2015 lost his son Beau due to a brain tumor and who a year later. While still vice president of the United States, took the reins of a government mission to accelerate the fight against the disease.

That initiative languished during former President Donald Trump (2017-2021). This Wednesday, a year after coming to power, Biden wanted to relaunch it, hoping to motivate revolutionary advances in his government and the medical community.

The president said that just as we turn to science to develop state-of-the-art vaccines and treatments against covid-19, we will bring extreme urgency to the fight against cancer.

Biden recalled that cancer is the second leading cause of death in the United States, behind only cardiovascular disease, and has killed more people than covid-19 in the last two years.

According to the CDC, researchers are increasingly optimistic about the chances of cutting the rate of cancer deaths. That already fell by 27% in the United States between 1999 and 2019.

To make that rate of mortality reduction advance twice as fast by mid-century in the United States. But that in practice will require the cooperation of many sectors of American society. Biden cited a series of measures that his administration plans to take.

The president said he would charge several cabinet members to promote any possible action taken by the government to combat cancer. And he named on the private sector to develop and test new treatments and make treatments more affordable.

He also highlighted the need to share more data and research at the level of companies, institutions, and cancer patients, whom he asked to continue sharing their experiences to help others.

Oncologist David Agus, professor of medicine and engineering at Southern California, said that adding to a greater commitment to prevention is the most important key to reducing cancer incidence.

Dr. Agus, who has advised the White House on the initiative, told us we have to normalize the idea that all of us will be part of the solution to cancer and that it is there in our data.

Sharing medical records more freely to protect patients’ privacy would have a tremendous impact on the fight against cancer in the short term. Agus opined we must start changing the mentality about it globally.

Biden also asked Congress to approve his request to allocate $6.5 billion to create a new agency under the acronym ARPA-H. It would focus on advancing innovative treatments for cancer, diabetes, and Alzheimer’s.

The cancer initiative that Biden launched when Barack Obama was president still has about $400 million in its budget, out of a total of $1.8 billion that Congress approved for the National Cancer Institute (NCI).

The White House doesn’t plan to ask Congress for more funds for this initiative, which has worried some experts. However, not Agus: the oncologist believes that dollars are not everything. The important thing is changing ideas, changing norms, and getting information to people.

Biden also begged Americans to schedule routine medical exams that they postponed during the pandemic during the event. It can be key to detecting cancer as soon as possible, saying that he underwent a colonoscopy in November.

The doctor who treated Biden’s son’s deadly cancer was in the front row at the White House ceremony. Both First Lady Jill Biden and US Vice President Kamala Harris shared how important it is to their fight against cancer.

After a lifetime of working to end cancer, Harris said that cancer ended my mother’s life.

The vice president’s mother, Shyamala Gopalan, dedicated her life to breast cancer research, and her discoveries saved women’s lives. Still, in 2009 she died of a colon tumor, Harris recalled.

Biden added that today, we are closer than ever to ending cancer as we know it.