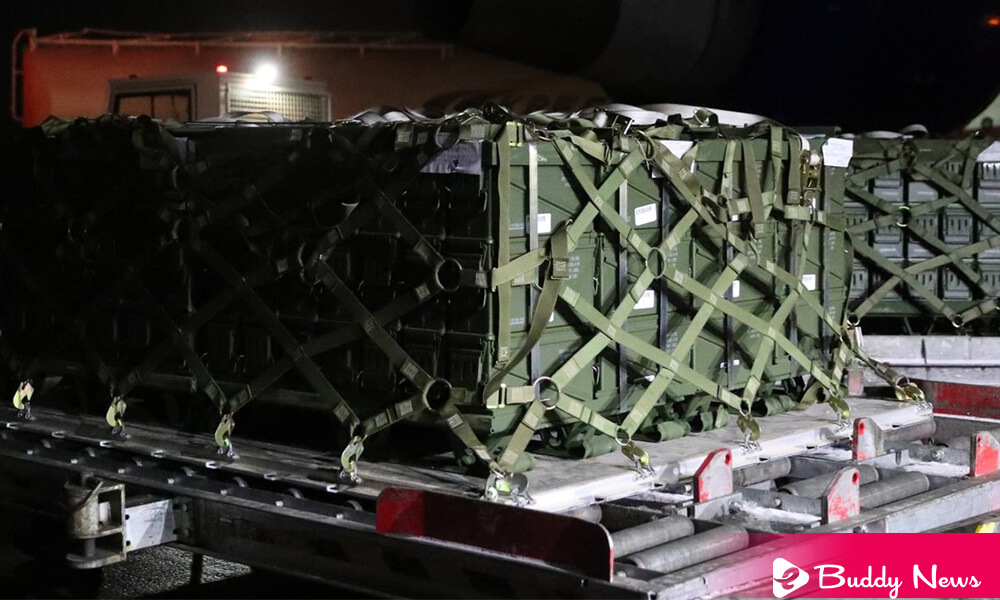 Ukraine received the first batch of security package from the US military at Borýspil International Airport. The Slavic country’s Ministry of Defense reports on its website.

The shipment includes around 90 tons of weapons. Ukraine received the first batch of the security package worth 200 million dollars. The US President Joe Biden has already approved it. Simultaneously the Ukrainian ministry recalled that Washington had allowed Lithuania, Latvia, and Estonia to send US-made weapons to Ukraine.

According to Kyiv, since 2014, the US has sent military aid to the Slavic country for 2.7 billion dollars.

It is Massive Support

On several occasions, from Moscow, they denounced that Western countries were increasing their military presence around Ukraine and in the Black Sea. It had strengthened in the recent weeks. However, the Russian Foreign Ministry spokeswoman, Maria Zajárova, said that the US indictments that Moscow was preparing an invasion of Ukraine were the backdrop for its military provocations.

In this context, the Russian Foreign Ministry spokeswoman revealed that the United Kingdom has already supplied about 460 tons of weapons to Ukraine. In the meantime, Zajárova said that Canada had sent more than 200 Special Forces agents to the Slavic country under the effect of protecting its embassy and evacuating ambassadors in an emergency.