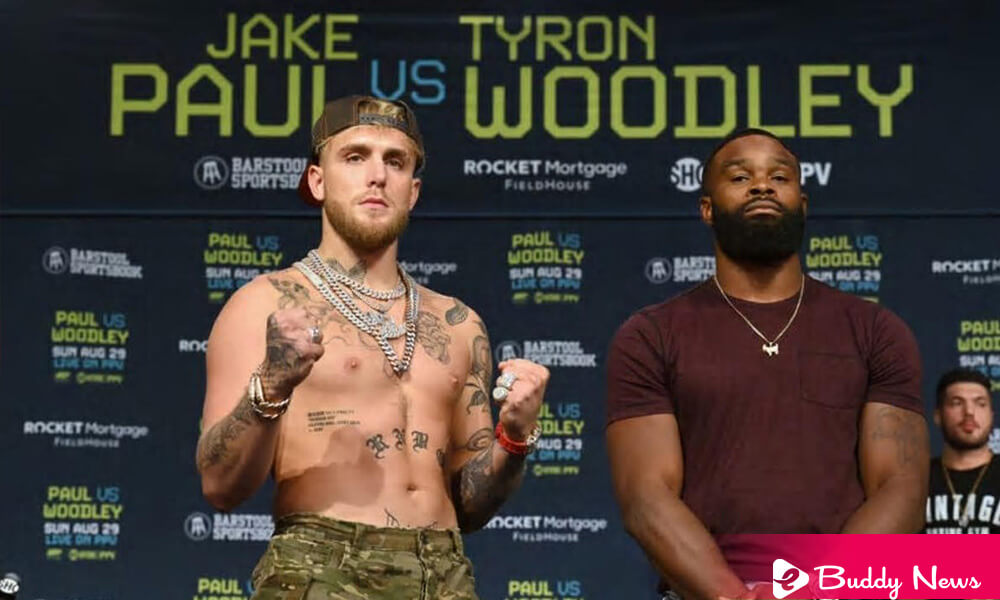 Tyron Woodley posted a photo of the tattoo, saying that I Love Jake Paul tattoo on Woodley’s left middle finger as part of the bet between him. Paul agreed to before and after their boxing match last month on his Instagram.

Tyron Woodley wrote a message that mentioned Jake Paul in his post with image of I Love Jake Paul tattoo on his Instagram, which represents to call a match.

Two weeks ago, Paul told ESPN that Woodley dropped out of the match as Paul’s next opponent because he didn’t get the tattoo at that time. On the other side, Woodley was looking for a rematch after their Aug 29 match. Paul won by split decision, and he also said that if Woodley got the tattoo, he would be ready to rematch. Woodley agreed to that, and they shook hands.

Malki Kawa of First Round Management, Woodley’s manager, told ESPN that Woodley will be getting the tattoo and now puts it back on the line for the rematch.

At a press conference on Jul 1 emerged the tattoo bet. Both boxing champions verbally agreed that they would get a tattoo somewhere if one lost the match, reading that they love the winner. Jake Paul also brought a tattoo artist to the fight to get a tattoo right after the match finished.

However, Paul’s team said they would consider a rematch if Woodley got the tattoo after the match. But Woodley’s team wanted something more potent than that, so it didn’t happen at that time.

Paul told ESPN two weeks ago that if Woodley accepted to got a tattoo at that moment. He might be ready to rematch, which got 10 million views on Woodley’s Instagram video. Then everyone would felt very excited, and there would have been a lot of press around. Also, Paul stated that he couldn’t deny Woodley’s decision because if Woodley is going to be a man of his Word, then Paul has to be a man of his Word. From this action, Woodley missed another big payday due to his ego.

However, now Woodley is back in the game. Especially with Paul at a public dead end with potential opponent Tommy Fury, Tyson’s half-brother, about whom he posted a video last week. Paul said that Fury, an undefeated boxer and a UK reality TV celebrity, has turned down two offers to make the boxing match happen, including one for $ 1 million.

Fury told Boxing Scene that for everyone, $ 1 million for a fight of this magnitude is not worth getting out of bed. This fight is going to raise millions and millions of pounds. He can’t walk down the street without someone; whoever asks him about that will fight Jake Paul. So until Paul wants a serious offer and puts it on the table, Fury will not think about their fight.

Due to Fury not going well, Woodley getting that tattoo, they were thinking about opening the door for Paul vs. Woodley 2. In an Instagram story, Paul mocked Woodley, writing that he only got the tattoo after his accountant told him how much tax he owed on his fighting bag.