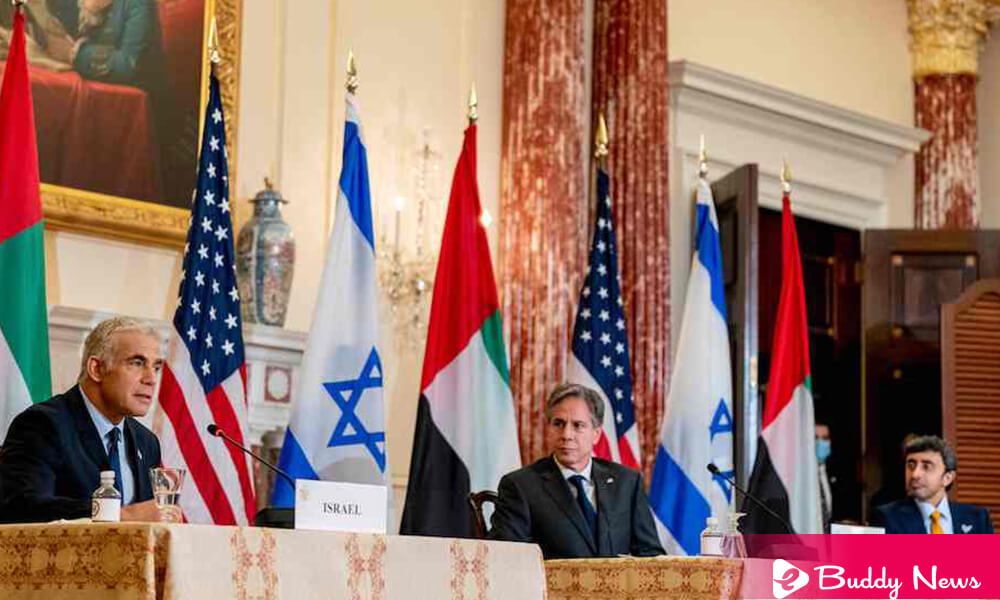 Recently both the United States and Israel warned Iran that they are exploring a Plan B. To take up Iran if Tehran does not return to negotiations to salvage the 2015 nuclear deal in good faith.

With talks to reactivate the deal stalled, US Secretary of State Antony Blinken said Wednesday that the window is closing for the Islamic Republic to return to the deal.

At a joint press conference with Israel’s Foreign minister Yair Lapid, he said that now time is running out. Also, he mentioned that both United States and Israel have to prepare with other options for exploring with a Plan B if Iran doesn’t change course, and these conferences with US allies and part of that.

They are looking for all the options to meet the challenge posed by Iran, Blinken said. And also, we continue to believe that diplomacy is the most efficient method to do it. But, it has engaged in diplomacy, and we haven’t seen Iran’s willingness to do that at this point.

He did not elaborate, but Lapid, void contradicted, said of Blinken’s comments: If a terrorist regime acquires a nuclear weapon, we must act. People will not allow it in, and we have to make it clear that.

Iran is sending daily signals that it may have already rejected, US special envoy Robert Malley said earlier Wednesday. Return for discussions, the US and European countries are requiring powers to consider all other options.

EU chief negotiator Enrique Mora traveled to Iran with a message that given by the US as Warnings. That message is about the talks are in deep crisis in the latest try to convince Tehran to return to talks. A European diplomat said that it is now up to Iran to unambiguously declare its intent and explain its option to the international community and its citizens.

Malley will travel to the Middle East in the next few days to see how the United States and its allies respond. He decides it is necessary to interrupt talks designed to reinstate the 2015 agreement limiting Iran’s nuclear program.

Iran said it would return “soon” to the talks in Vienna that ended in June when Hassan Rouhani resigned as president, replaced in an election by hardliner Ebrahim Raisi.

Hossein Amir-abdollahian, the new foreign minister, refused to set a new date for the resume negotiations. He says that they appointed a new team of negotiators after only they needed time to review progress.

Until Iran develops irreversible nuclear knowledge, bringing it closer to building a nuclear weapon, the US officials believe that they can not wait forever. It has built up a reserve of highly enriched uranium at 60%, experimented with fuel based on 20% uranium metal, restricted UN nuclear inspections, developed 1,500 advanced centrifuges capable of producing uranium. And they were declared that it would use advanced centrifuges at its site Fordow plant.

Israel has shown no reluctance to bomb Iranian nuclear facilities once, has been pushing for the United States. Now to recognize that the new Tehran regime is ideologically opposed to the nuclear deal known as JCPOA.

Russia also urges Iran to return to the talks quickly and not undo the progress made in the first round of talks.

Malley said that Iran knows that the United States is prepared to return to the joint comprehensive plan. And they quickly lift all sanctions inconsistent with the JCPOA if Iran is ready to comply again.

He added that he prepared the United Stated to lift more sanctions if separate follow-up talks could agree on Iranian regional behavior. And Iran’s nuclear program exceeded the terms of the 2015 agreement for update restrictions.

Though the two sides had progressed in the talks in Vienna, He Said arose an open question whether the Raisi administration had rejected the deal.

Mora will demand that the UN’s nuclear weapons watchdog, the IAEA, be invited to Iran in a few days for pre-scheduled talks. The reason behind the demand is to discuss how it will continue to monitor nuclear sites. Restrictions on the IAEA’s work are an unusual concern, Mora’s team said.