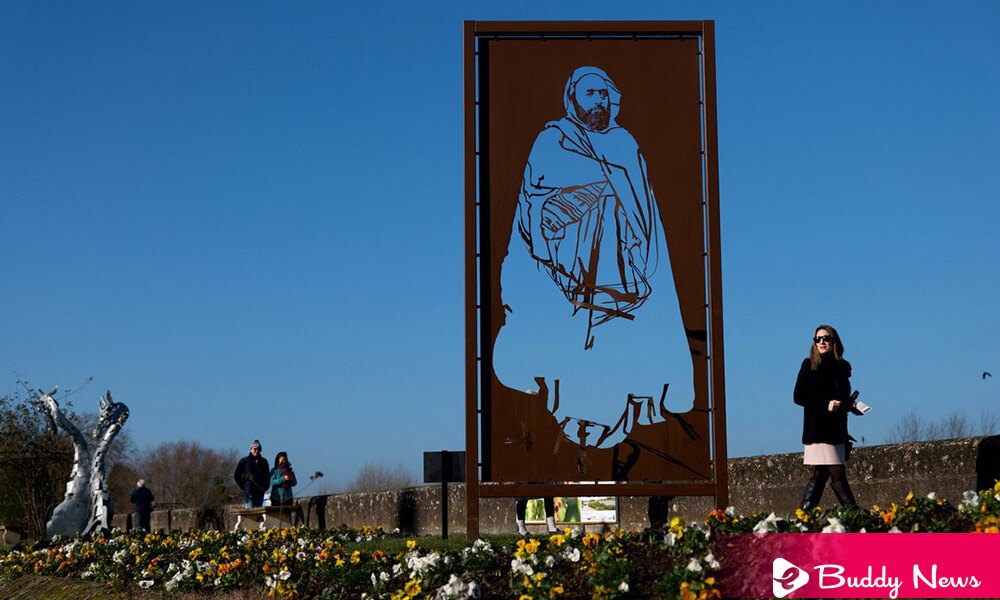 In homage to Emir Abdelkader, Algerian national hero in the face of the French colonial presence at the end of the 19th century and considered the father of modern Algeria. The sculpture of Emir Abdelkader had suffered damage when attacked hours before its inauguration this morning in Amboise.

The French artist Michel Audiard’s work represents the emir cut out of a sheet of rusty steel. They inaugurated it on the occasion of the 60th anniversary of African independence at the proposal of the historian Benjamin Stora. They delivered his report on memorial issues relating to the colonization and the war in Algeria to the French president, Emmanuel Macron, in January 2021.

Shortly before the ceremony scheduled for 11 in the morning, passers-by and the hundred people present discovered the destruction caused to the sculpture entitled “Passage Emir Abdelkader” in its lower part. An act of vandalism has received unanimous condemnation and opened an investigation.

Emir Abdelkader ibn Mahieddine (1808-1883) is a figure in Algerian history. Nicknamed “France’s greatest enemy,” he played an important role in the fight against the French colonial presence in Algeria and is considered one of the founders of modern Algeria.

After his surrender, he got imprisonment in Toulon, Pau, and then in the Château d’Amboise from 1848 until his release in 1852.

Jean Louis Davant wrote The text of the pastoral based on the life of the Algerian emir Abdelkader (Guetna, 1808 – Damascus, 1883)., which got postponement last year.

Davant himself argued that the heroes of the pastorals do not have to be Basque and that universal history is also Basque history. And he recalled the confinement of Abdelkader in Pau for a time. And he participated in the first part of the war in Algeria against the French occupation. In the second part of which more than three hundred Basques died.