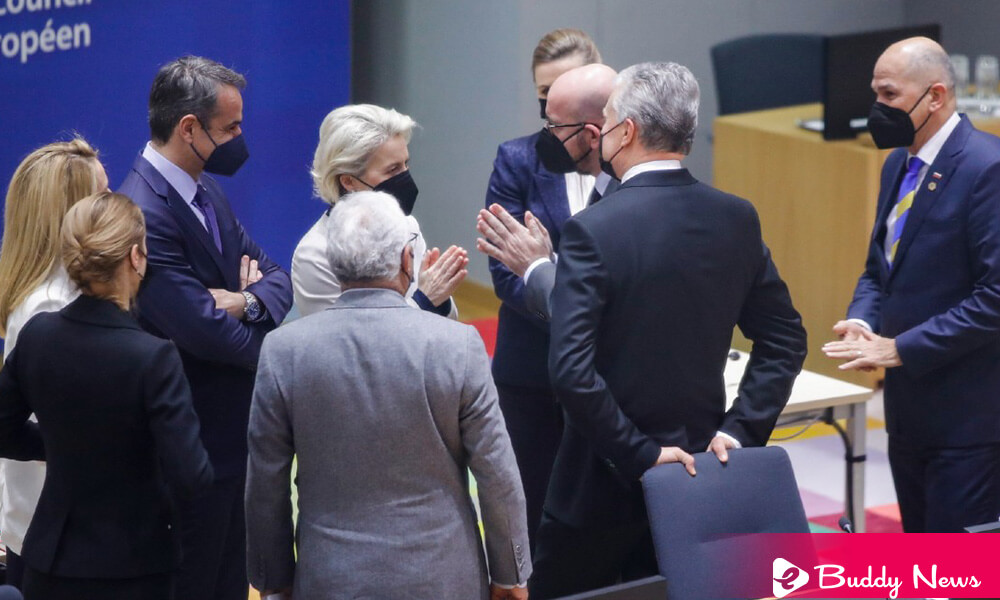 The French President, Emmanuel Macron, and the President of the European Council, Charles Michel, were participated in the meeting. Ursula von der Leyen, European Commission President, said EU would apply the new fourth package of sanctions that will additionally isolate and against Russia from the world economy at the end of the European leaders of Versailles (France) meeting. Ursula Von der Leyen said that the sanctions would be detailed in the coming hours in coordination with the G7.

Macron, for his part, announced that there would be massive sanctions against Moscow if the Russian invasion of Ukraine did not cease. Macron told a news conference that they would adopt new sanctions, even massive sanctions, if things continue on the military level. He stresses that the EU not only apply for new sanctions against Russia but also it will support Ukraine until the end. And he warned that the Russian invasion would heavily sabotage the food supply in Europe and Africa in the following 12 to 18 months.

Macron said at a press conference that they must prepare themselves and reassess their production strategies to defend our food sovereignty in Europe. He also advocated promoting a strategy for Africa, given the ‘risk of famine’ in some countries.

Von der Leyen said she considers it feasible for the EU to distribute two-thirds of Russian natural gas imports at the end of the year. Von der Leyen said that it is something attainable. It is not a ban, but a decrease, implying that there is no intention to close the taps as a sanction to Moscow immediately.

For his part, The German chancellor, Olaf Scholz, urged on his rejection of a ban on imports of Russian gas. He assured there that it was a conscious, well-founded, and understandable decision. However, he denied that Germany is acting as a brake on that proposal, which the United States defends, and assured it is the common European position. He continued that there is consensus at the EU level that they must be, gradually, less dependent on Russian gas, oil, and coal. They cannot interrupt these imports on our part.

Scholz said, who refers to their reduced reliance on those supplies that they are in various positions from that of the United States. Pedro Sánchez, the President of the Spanish Government, announced that he would begin a tour of several European countries next week. He is trying to get support for his proposal to reform the energy market that will reduce the price of electricity.

Scholz said there had been an agreement around the High Representative for Foreign Policy of the EU, Josep Borrell, to double the bloc’s military support to Ukraine. When asked about considering an additional 500 million figure, he commented that the sum is on the table.

Former Foreign Minister Gerhard Schröder is moving out with Russian President Vladimir Putin, seemingly independently and without informing his Social Democratic Party (SPD) or the Government. Scholz avoided commenting on the mediation attempt, according to reports. He limited himself to responding that they will note the results when they occur.