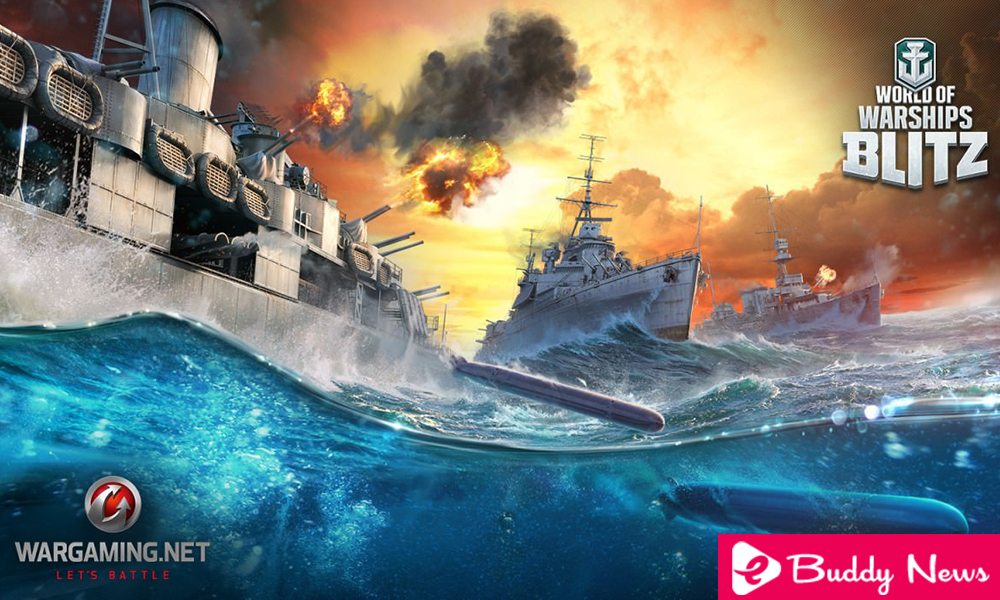 It has always been said that Android games are pretty crappy. What if I told you no?

The test exists, and it’s called World of Warships Blitz. This free Android game is, perhaps, one of the best games of its kind. If you like naval battles and military aesthetics, stay to read this article and discover a game that will surprise you.

World of Warships Blitz is a simulator of naval battles. Maybe with this premise, I can not give you much enthusiasm, but I can assure you that both its graphic quality and impeccable aesthetics make it a game that becomes addictive and a real pleasure for the user.

When I started installing World Of Warships Blitz on my phone, I feared the worst. I had already tried other simulators of this kind before, and the experiences were somewhat crappy. In addition, my current personal phone is a  midrange,  and the resources that usually require this kind of games could escape me. Although the performance of my terminal is more than outstanding.

After the download and start the game, I found myself against the unexpected. The graphics left me impressed. The water was clear, the boats defined, and the performance was outstanding. And with voices in Spanish! After the perhaps too extensive tutorial, I started my first battle.

The game is basically a simulator of naval battles. You have your own ship, your weapons and a team with other companions (the game is online and offline). The objectives vary between capturing the enemy zone, defeating the enemy ships or simply fulfilling a series of objectives. Up to here, everything normal. But are the details that make this game great.

The game stands out for an above-average realism. The ship moves at a realistic speed, and its movements are slow and heavy, typical of a warship. You can select two speeds, all or 1/2. You can stop, go back and turn. Also, it’s not enough for you to point to the boat. The weapons are guided by a series of physicists that can be the culprits of failing the shot.

The combat interface is clean and simple. We have the classic buttons to shoot, zoop and handle the ship. We also have different grids depending on the weapon we are using. And the variety is not small, like ships. We can opt for a great variety of military weapons to enjoy and advance in our nautical battles. 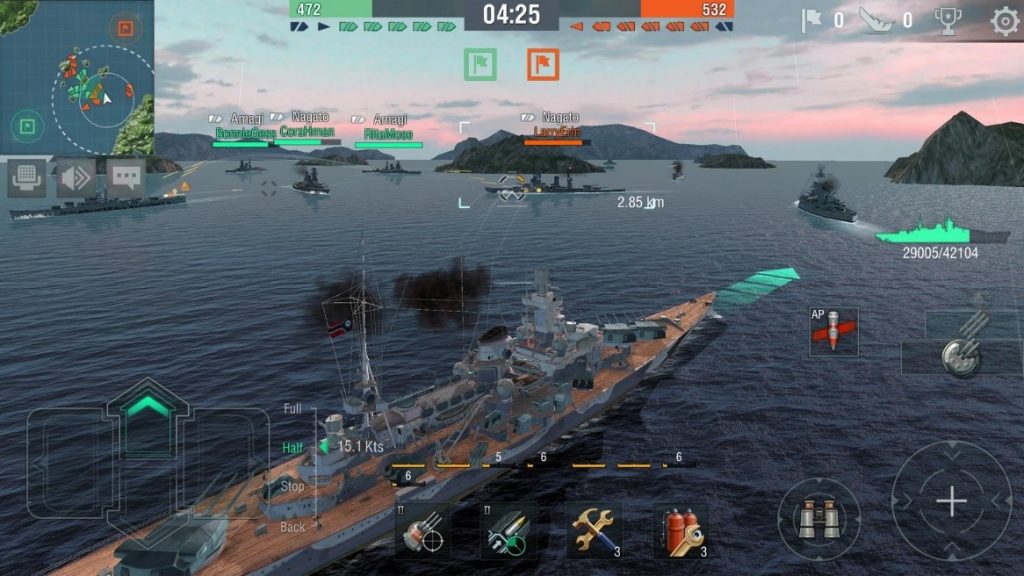 And it’s ironic because the least other simulators have achieved is absorbing me on paper. Whenever I tried simulators, they were artificial, and they were far from reality. In World of Warships, we have the perfect balance between the obvious that it is a game and the realism of being in a naval battle.

In the middle of the battle (depending on the ship we have) we can change weapons, repair our ship and maintain it. These power-ups are very precious consumables in battle and have a recharge time. This translates into a somewhat higher difficulty but a greater enjoyment of the title.

A complete game … and  freemium

We can choose a wide variety of ways. We can play alone, as a team with other friends and also make a cooperative battle against AI. Two special modes stand out: the local campaign and the classification battles, although they will not be available for a while. But it’s great that the user can choose.

We can have a game profile and a portrait. As is logical in a game of these characteristics, we can advance through virtual currency divided into two, one of higher value and another that is obtained by playing. Yes, you guessed it: World of Warships is a freemium game. 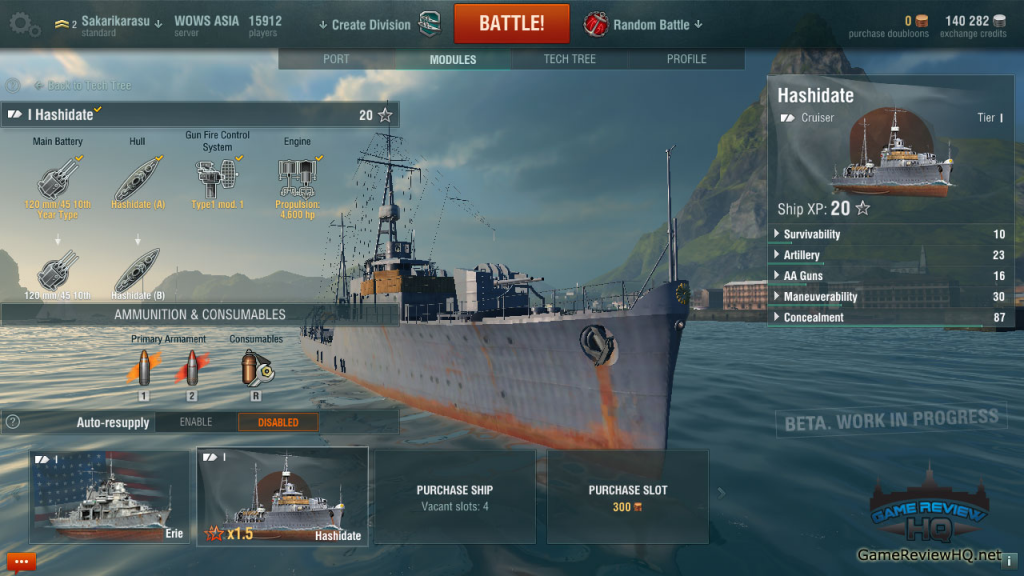 It is not bad at all since it is the same scheme followed by the vast majority of games in our system. The point is that this game dances in a thin line between being considered difficult and not being so much. On the one hand, we get a pretty good amount of benefits, so we do not get stuck too long. On the other hand, mobile payments represent a great increase in speed in our progress.

What I do find a bit questionable is the reservation of equipment to the premium class. This achieves that at higher levels, the famous “Pay to Win” occurs, which means that players with greater purchasing power will have a clear advantage over those who have focused on not spending money in the game.