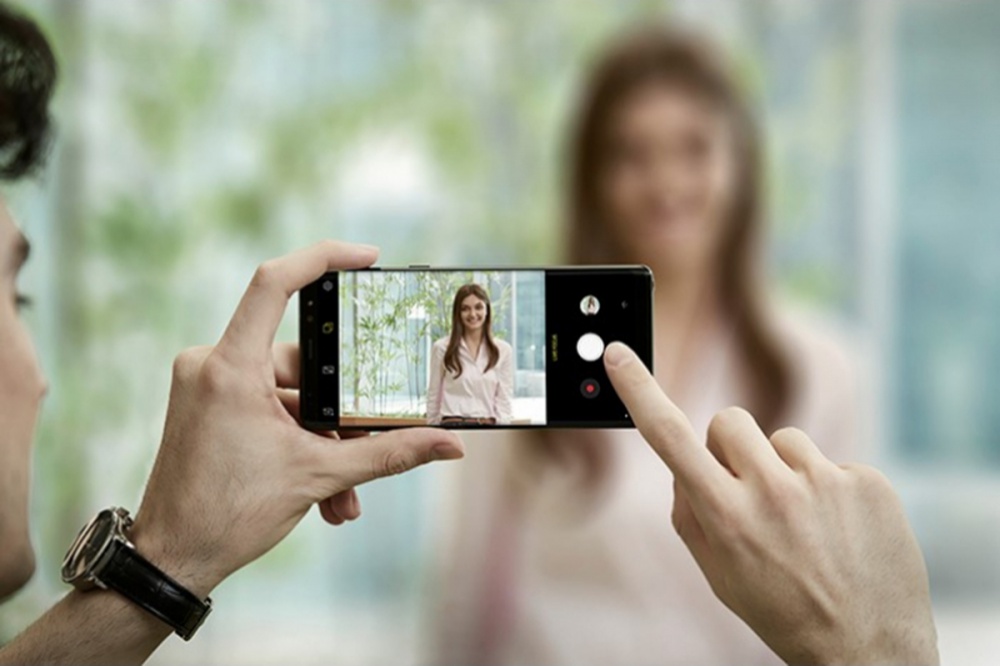 Photography is one of the most striking aspects of mobile technology. We took a couple of decades making photos with our mobiles, first with the normal ones and then with the smart ones.

At that time we have not stopped innovating and improving the quality of the final shots that came out on the screens of our devices because almost nobody prints the photographs.

But two decades is a long time and the same progress has not been made at all times. This 2017 we have witnessed the confirmation of the dual pixel technology in mobile but above all the birth of portrait mode, which although it was first seen on the iPhone 2016, at least as we understand it now, is in 2017 when it has been put Fashion. 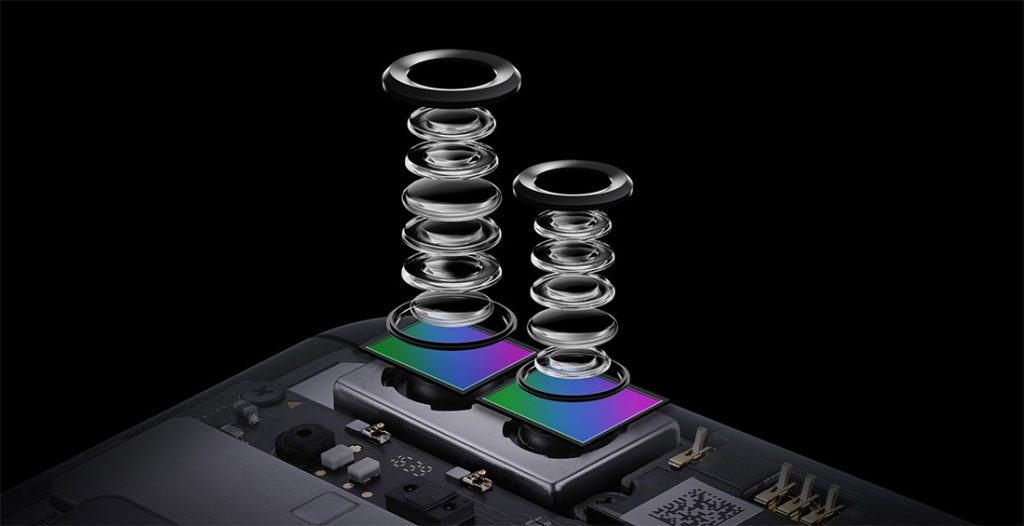 SLR cameras are able to create a bokeh with a single sensor due to the way they are built. But it is not the same way in which mobile phones are made.

Until recently we thought that to get a decent result with this mode we needed two rear chambers. The reason was simple, surely we need two different depth data to calculate the distance of the main object and the background. Depending on that you can perform a software blur, which is what mobile phones do.

However, it turns out that there is a technology that can replace the dual camera, the so-called Dual Pixel and that is present in more mobiles than we thought.

Dual Pixel, or how to duplicate the number of photodiodes

It has been Google Pixel 2 that has put this technology in everyone’s mouth since it has managed to use it to effect a similar effect to portrait mode with a single camera.

This is because Dual Pixel sensors have each pixel split into two halves and can get slightly different information. 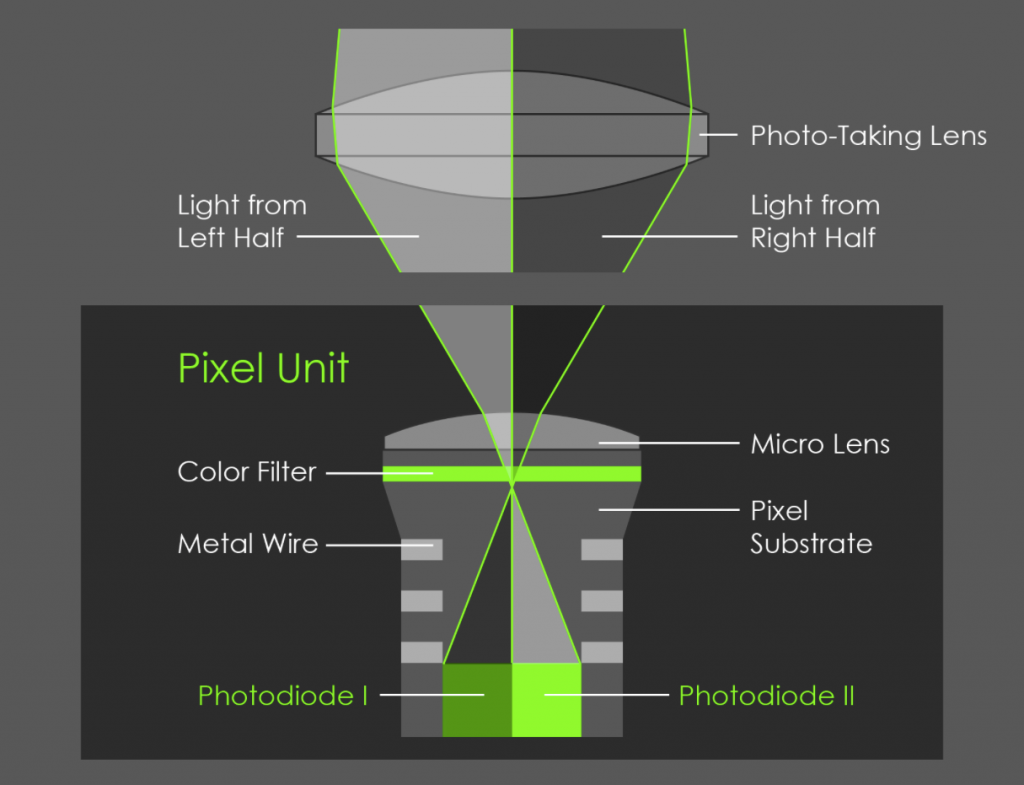 This causes that they act to this effect like two different sensors and the software of the mobile can execute the blur only in the zone that is established like the background of the image.

In this way, any mobile with this hardware implementation could execute, through a software update, a quality portrait mode. Of course, it would not be useful for any sensor other than Dual Pixel because as seen in the following scheme only those created with this technology distinguish two parts inside.

This is just what we raised in the article that we published a few days ago in which we said that updating the S8 software in that sense would be a wise move by Samsung. This technology is also in Note 8 but that model does not need to use it since it has two rear lenses.

However today we go further and it is that even the Samsung Galaxy S7 has this sensor in the back so that, in theory, could also benefit from the upgrade that had his older brother.

The importance of this technology goes beyond the mode of fashion and is that the focus of the mobile phones that use it is much greater and faster than that of its rivals. In this scheme that published Samsung on the Galaxy S7 looks: 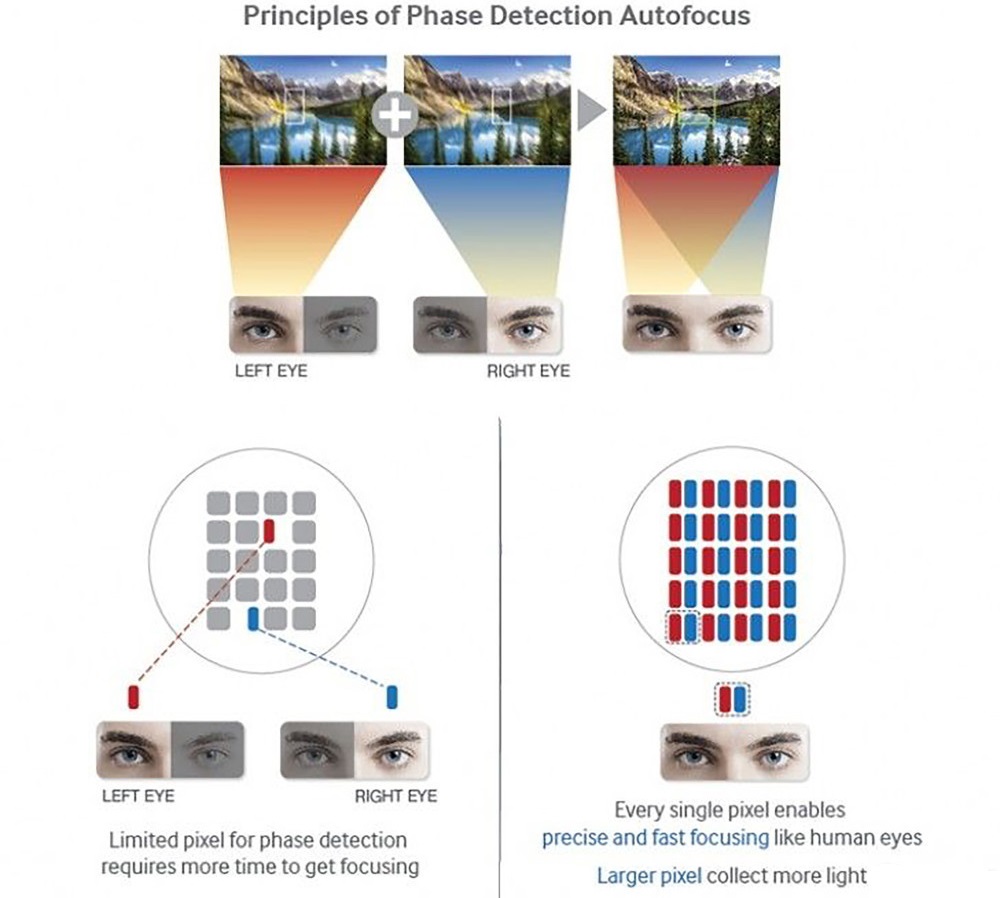 The Galaxy S, for example, uses all the photodiodes to be able to focus even in low light situations, one of the biggest hits we have when taking photos at night or moving. Surely more than one has tried to take a picture of a small child and it has been difficult. For these situations, this technology comes in handy.

It is clear that this technology will be seen in more models as they are extracted more and more functionality of the same and currently supposes an extra quality in the high range in a section where the cheapest mobiles are getting better.