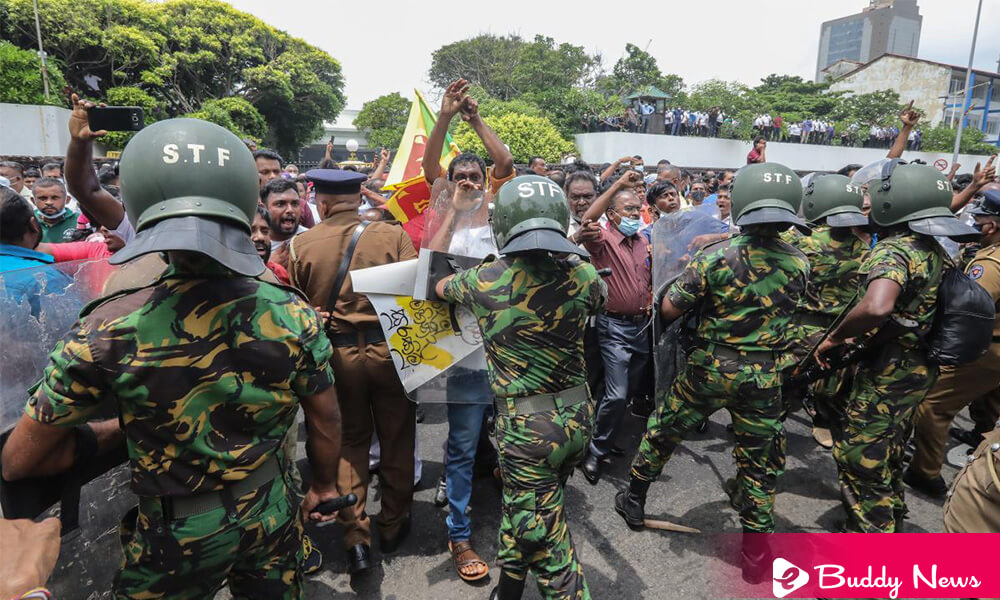 The Defence Ministry said they issued shoot on sight order to Sri Lanka troops for anyone who damaged state property or assaulted officials. They took this decision following an attack on the Deputy Inspector General of Police.

The order follows violent protests in Colombo that left at least eight people dead. More than 200 people have got injured in the violence since Monday. However, it is unclear if all the deaths were directly related to the protests.

Because of the crisis in Sri Lanka, protesters turned violent and focused on government properties. Due to this, Sri Lanka troops issued shoot on sight order to control violent protests.

Twenty-two million people of the island nation are grappling with its worst economic crisis since gaining independence in 1948. Prices of everyday goods are skyrocketing, and there have been widespread power cuts for weeks. Thousands have come on the roads to protest the government’s alleged mismanagement of the economy.

The army had to rescue the country’s outgoing Prime Minister, Mahinda Rajapaksa, in operation before dawn, hours after he resigned following clashes between pro-and anti-government protesters. A senior security source told media that absorbed the army after protesters tried to break into the prime minister’s ‘Temple Trees’ private residential compound twice overnight.

His resignation came after live television footage showed government supporters armed with sticks beating protesters in various locations in the capital and toppling and burning their tents. According to witnesses, people burned dozens of homes across the country amid the violence.

According to the media’s team on the ground, to disperse the protesters, armed troops were deployed. At the same time, video footage showed police firing tear gas and water cannons.

Officials imposed a curfew across the country until Thursday.

However, it is not clear whether the curfew and the prime minister’s resignation will be enough to bring the country’s increasingly volatile situation under control.

Many protesters say their eventual goal is to force to resign President Gotabaya Rajapaksa. He is the prime minister’s brother, which he has shown no signs of doing.

Along with its 27 member states, the European Union denounced the recent vicious attack on peaceful protesters and called on authorities to investigate.

The statement said that the EU laments the loss of life, including a Member of Parliament, and the high number of injuries. The EU remembers the significance of safeguarding the democratic rights of all citizens and of focusing on solutions that address the significant challenges that Sri Lankans are currently facing.

India, a neighbor country to Sri Lanka, also weighed in.

Foreign Ministry spokesman said that as a close neighbor of Sri Lanka with historical ties, India supports its democracy, stability, and economic recovery.

In line with our Neighborhood First policy, India has provided over $3.5 billion worth of support to the Sri Lankan people this year alone to help them overcome their current difficulties. In the finest interests of the people of Sri Lanka, India will always guide, and it expresses through democratic processes.