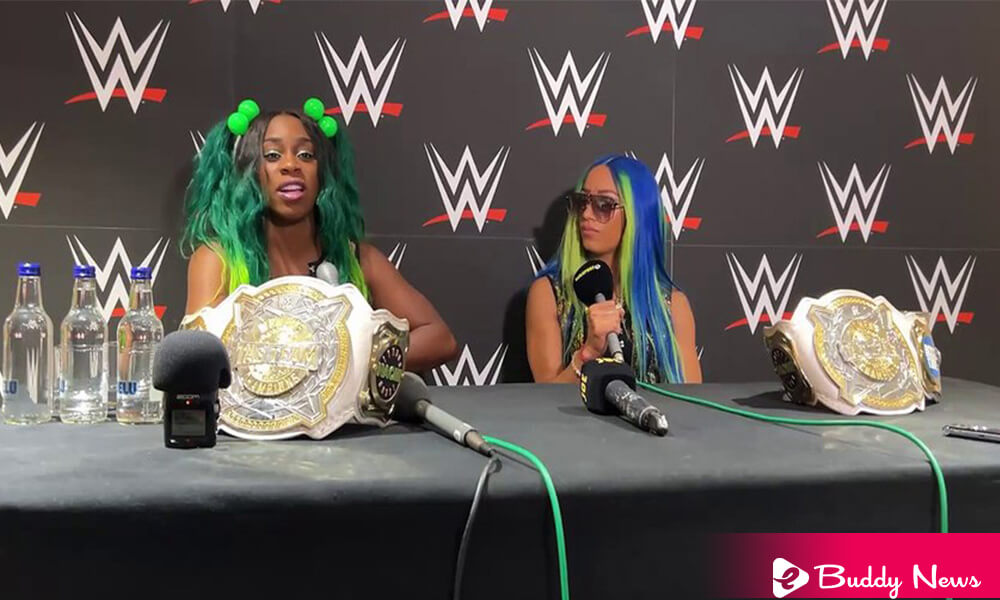 The Monday Night RAW broadcasts began announcing a Six-Pack challenge for a chance at the red brand Women’s Championship. However, commentators confirmed that Sasha Banks and Naomi had left the WWE RAW venue at the last minute. WWE chose to change the main event to a heads-up between Asuka and Becky Lynch without specifying the reason for the abandonment.

The portals close to WWE quickly indicated that the tag team champions were part of an altercation hours before RAW. Neither party was willing to give in to the other’s position, leading to a tense discussion. Fightful Select confirmed that Sasha had a meeting with Vince McMahon in which she expressed her displeasure at the creative handling she was going to receive in this match.

Fightful clarified that the Six Pack challenge did not have an assigned producer or referee and had got marked with the possibility of receiving some change. In addition, the plans pointed to Naomi as the winner of the confrontation and future challenger to the RAW women’s title. Even though not being involved in the meeting, Naomi followed Sasha Banks when the latter decided to leave the Scope Center moments before the episode aired.

Both superstars Sasha Banks and Naomi won the WWE Women’s Tag Team Championships at WrestleMania. Since then, both superstars have upheld the titles on television twice. The latest RAW broadcasts showed a possible rivalry against Doudrop and Nikki ASH. They would have also involved in tonight’s six-way match.

Although we thought that the story could not be more bizarre, more information has come to light about it from the official source that intends to change the perspective of what happened. WWE has sent a statement to the specialized media in the United States, explaining a different version to what they mentioned previously. It supposedly clarifies doubts or changes the perspective of what happened, something that we cannot confirm.

Several hours before the show, Naomi and Sasha Banks were informed of their match on Raw, according to the statement. The note explains that once the show started, the champions entered John Laurinaitis’s office and communicated their discomfort at the treatment they currently receive. Both Sasha and Naomi left their titles on the table and left WWE Raw venue. Additionally, WWE notes that Sasha Banks and Naomi refused to compete against two unreferenced Superstars, two talents in question that the champions had previously competed with.

WWE wrote that when Sasha Banks and Naomi arrived at the arena this afternoon, they informed them of their participation in the main event of tonight’s Monday Night Raw. During the broadcast, they entered the office of WWE Head of Talent Relations, John Laurinaitis, with their bags in hand, placed the tag team champion belts on his desk, and left.

They claimed that they did not respect them enough as tag team champions. And while they had eight hours to rehearse and build their match, they said they felt uncomfortable with two of their opponents in the ring. Even though they’d had matches with those individuals without consequence.

We know Monday Night Raw is a scripted live television show. They expect characters to fulfill the requirements of their contract. We regret that we could not deliver tonight’s main event as advertised.