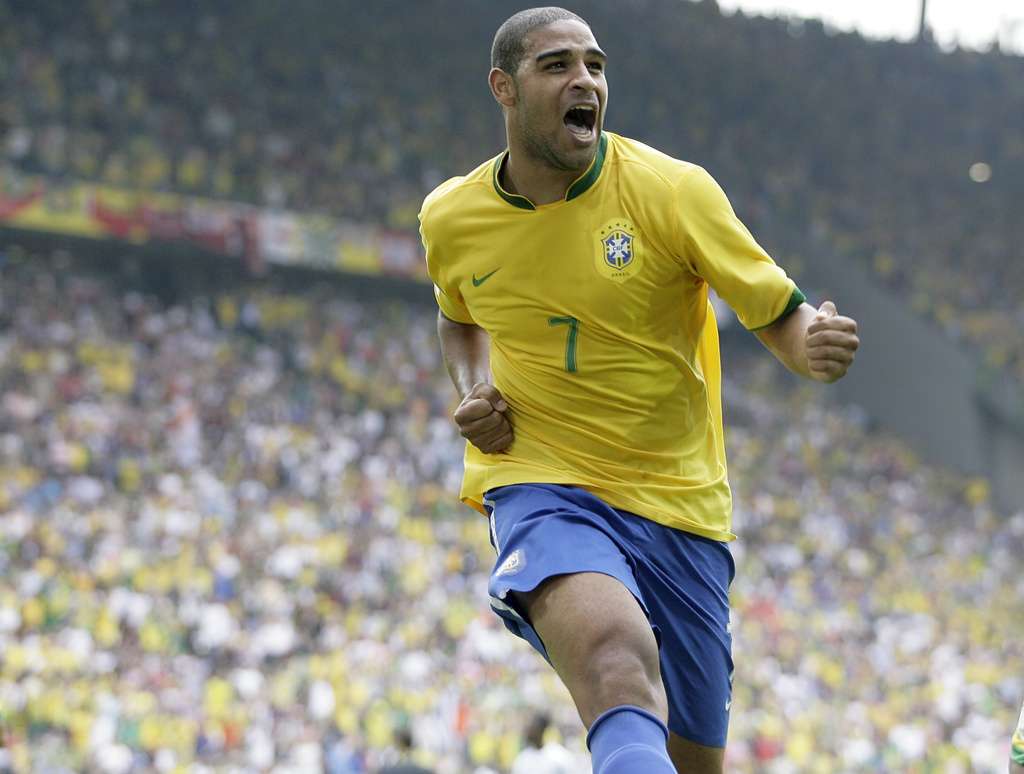 Adriano ‘Emperador’ prepares his return to the pitch after almost two seasons stopped. In an interview on TV Globo’s ‘Conversa com Bial’ program, the player announced that he will start training in January 2018, without a team, with the intention of getting tested to see if he is in a position to compete again. After winning the Brazilian championship with Flamengo in 2009, he went through Roma, Corinthians, and Atletico Paranaense, a team that he disassociated in 2014. In 2016 he came to play a game with Miami United, who is disputing the fourth of the United States in which it had previously invested. Since then, he has not played.

“I do not know if I’m going to be but I’m going to try it, that’s why I do not want to have a commitment to any club, I want to do it for myself, to show me how far I can go. conditions to go to a club in Brazil or outside, “he explained. At age 35, Adriano feels recovered from the depression he suffered after his father’s death in 2004 and hurt his performance. “I see the images in the selection and I do not feel proud because I did not manage to complete my career.” Some things happened that made me stay away from football.

The striker was touched by how he experienced his stage at Inter Milan and the return to Brazil: “The death of my father affected me a lot. I was three or four months very, very bad. I put myself in the hands of psychologists, but it was a lot stronger than I. So much that I preferred to return to Brazil (in 2006). ”

Mourinho and the flight to Brazil

When Mourinho signed for the Italian team in 2008 he had no choice but to leave Sao Paulo, where he played for a few months, and return to Europe: “I had a season there but it was not the same anymore. I would like to stay in São Paulo but it was not possible because I was asked to return to Inter Milan because Mourinho wanted me. ”

On his flight from Inter after traveling to Brazil to play for the national team, the player acknowledged that he did not return because he was not in condition. “When you are lonely for a long time in a place you start to remember things that you do not want to remember, that’s a lot of weight, that’s why there’s this story that I hui…

For a week he dedicated himself to “eating churrasco, seeing friends, walking barefoot without a shirt, being a human being again, thinking about what it was before.” Until it received the visit of the president of Inter Milan, Massimo Moratti. “I told him I did not want to go back, that I was not thinking well to go back.”

Polemics always accompanied Adriano. That affected him and his family. “My grandmother came to warm water in a pot to throw it at the paparazzi. I said: Are you crazy? The fame is good but it gives you unhappiness,” he lamented.

Bad relationship with the press

A day in the life of Adriano is more normal than the press imagines, according to the own version of the player, enmity with a large part of the sector, whom he accuses of inventing stories about him to sell more: “” I am hurt with the journalists. I took a picture with a drug dealer three years ago because he asked me to. What he does is his problem. As they are now looking for it, they have taken advantage to re-publish that photo. I have nothing to do with that. I wonder if they want to destroy me at all. I’m not playing, I’m not hurting anyone. ”

Among the dozens of legends that circulate in Rio de Janeiro, there are two that stand out. “I never gave up on a girlfriend in a tree, that’s crazy,” he said. “I gave him a motor to a friend, a drug dealer, and he was born and raised with me, giving away is not a crime. he stressed.

Adriano spends a lot of time in the favela where he was born, Vila Cruzeiro. Although she has helped her family and close friends get out of there, she still has a home and visits the community every week. It feels wrapped and protected. For his neighbors is one more: “I like the favela. I walk barefoot, without a shirt, I play pachangas, I make barbecues. Everyone is used to seeing me there.”

Between 40 and 50 of his closest friends have died because of drug trafficking. “They chose that life. It makes me sad, but it’s like that,” he laments.

Violence in the favela could kill his father when ‘Emperor’ was a child. “My father was shot in the head when I was 10. Thank God he did not die, but if he had died, what would Adriano do today?” I saw him lying on the ground with the bullet in his head It’s no excuse but it’s a very big impression on a child of that age. ”

Although he recognizes that there was a time when he took refuge in alcohol, the carioca idol states that he controls the drink. “I drink with my friends, two or three days a week. When my father died, he hurt me, but today I do not suffer that much,” he said.

Currently, there are two social projects in different favelas: “There are classes of sports, dance, singing, everything to help children. Some try not to go the wrong way but they do not have a family structure and that affects them.”

X-men: Dark Phoenix Rewritten Daily While The Cast Was On Set

How To Clean Your Colon Naturally With Chia Seeds

Any cookies that may not be particularly necessary for the website to function and is used specifically to collect user personal data via analytics, ads, other embedded contents are termed as non-necessary cookies. It is mandatory to procure user consent prior to running these cookies on your website.