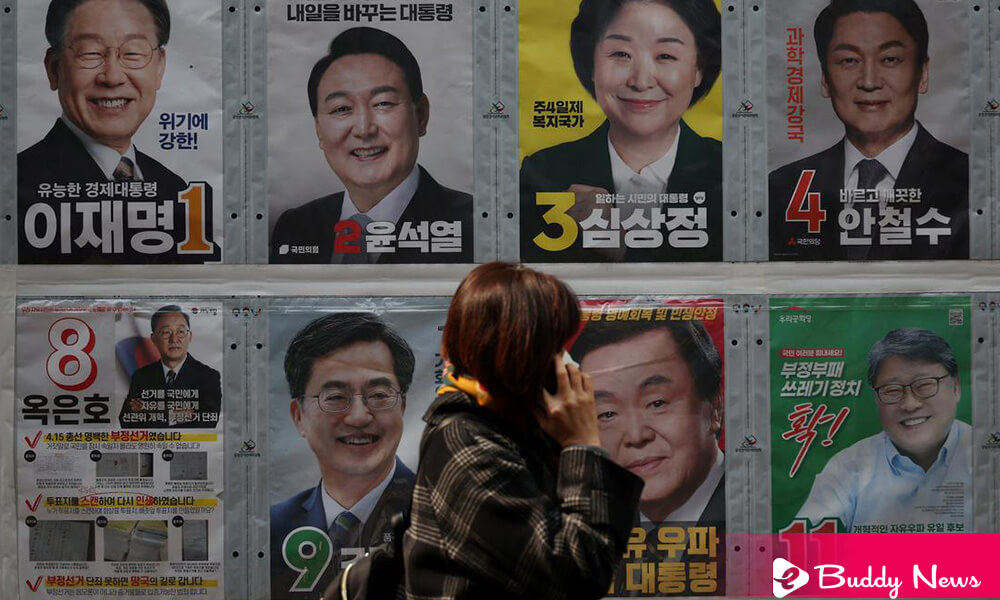 The winner of the election will face mounting challenges, including deepening inequality and rising house prices that have strained Asia’s fourth-largest economy. A new leader who can tackle the present situation will get votes from South Korea.

Initially, Fourteen candidates were registered to participate in the election. However, it has turned into a close two-way race between Lee Jae-Myung, the standard-bearer of the ruling Democratic Party, and Yoon Suk-yeol of the main conservative opposition People Power Party.

They are running to succeed incumbent President Moon Jae-in, constitutionally barred from seeking re-election. The winner’s single five-year term will begin on May 10.

Polls showed a slight lead for Yoon, who got a surprise last-minute boost last week when the People’s Party’s Ahn Cheol-soo, a fellow Conservative who is a distant third, dropped out and endorsed Yoon.

Yoon’s former attorney general has vowed to fight corruption, promote justice, and create a more level playing field as he seeks a tougher line on North Korea and a reset with China.

Lee was governor of the country’s most populous province, Gyeonggi, and rose to fame for his aggressive responses to the coronavirus and his advocacy for universal basic income.

Disapproval ratings for both candidates matched their popularity, as scandals, insults, and gaffes dominated which was the unsavory election dubbed.

Yoon apologized for using an inaccurate resume of his wife for teaching jobs years ago. He obtained tens of billions of won in loans from a bank investigated by the prosecutor’s office where Yoon worked. He denied accusations of Democrats that his mother-in-law made huge profits from land speculation.

Yoon also rejected allegations by Lee’s campaign that Yoon’s wife had colluded with a former president of a BMW dealership in South Korea to manipulate the company’s share prices.

Lee, for his part, has apologized for the illegal gambling of his son. He faces possible criminal investigation over allegations that he illegally hired a provincial employee as his wife’s assistant. She embezzled government funds through her corporate credit cards.

Also, Lee and his wife apologized for causing public concern and said they would cooperate with any investigation.

The race faced a series of disruptions, with the Democratic front-runner for Lee’s campaign hospitalized Monday after a rare attack during a rally.

And amid South Korea’s worst COVID-19 wave, with more than 1 million people receiving treatment at home, election authorities quickly tightened voting procedures for patients on Monday amid uproar over irregularities in early voting over the weekend. From these all conditions, South Korea is looking for a new leader and deciding to elect their votes.