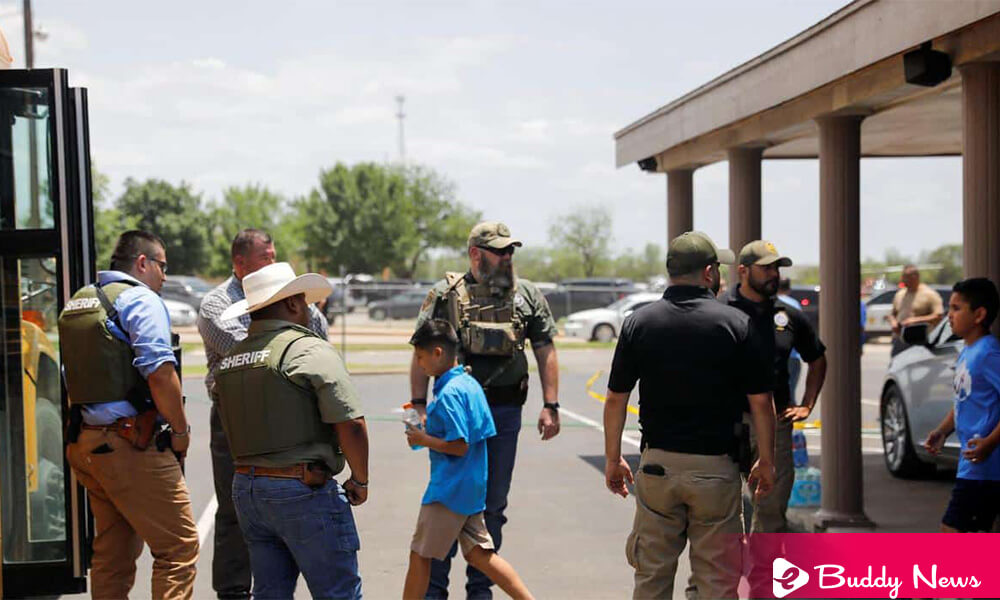 At least 21 people died this Tuesday, including 18 children and a teacher, in a shooting at a primary school in Uvalde, Texas, USA. The assailant who police officers shot also died. They went to the crime scene of the incident.

The governor of Texas, Greg Abbott, stated this at a press conference. He specified the attacker’s age and that he was around 18 years old. Abbott added that the assailant, identified as Salvador Romas, was American and a student at the Uvalde High School.

The Texas governor explained that Romas entered the Robb Elementary School in Uvalde, about 83 miles (133 kilometers) from San Antonio, near the border with Mexico.

The Uvalde Memorial Hospital health center noted in a statement on Facebook that they transferred thirteen injured people to its facilities in ambulances or buses. In contrast, two of the fatalities had already died upon arrival at the hospital.

Another medical center, University Health, tweeted that it is treating two patients injured in the shooting at that Texas primary school, a minor and an adult, and being examined.

The attack on the Robb Elementary School occurred in the morning session of the school, where children between 7 and 10 study.

US President Joe Biden addressed the nation as soon as he arrived from his Asia tour and wondered when his country would stand up to the gun lobby.

President stressed that he was tired. They have to act. They all know what to do, visibly affected, once again sending a message to his country’s legislators to regulate gun control.

He wondered why Americans still have to live with these butcher shops and why this is the only country where such killings occur.

And Biden insisted on the need to turn pain into action and have the courage to confront pressure groups for arms. He repeated for every parent and citizen of this country. They have to make it clear to every elected official in America that now is the time to act.

Biden ordered that the United States flag flies at half-staff in the White House and all official buildings, military installations, and warships until sunset on May 28 for this massacre.

The Uvalde shooting is the second largest in a school in a decade in the United States. Biden recalled how 26 people, including 21 children, died at the Sandy Hook elementary school in Connecticut ten years ago.