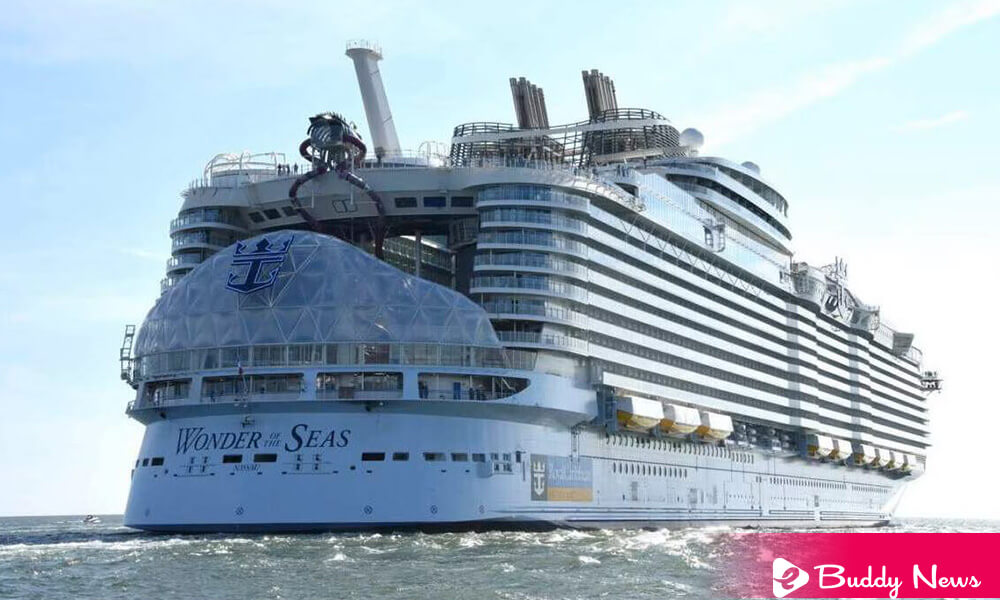 Royal Caribbean has officially taken delivery of the ‘largest cruise ship of the world,’ which is Wonder of the Seas. It marks three years of construction at the ‘Chantiers de l’Atlantique’ shipyard in ‘Saint-Nazaire’ (France). The company held a long-established ‘flag-changing’ ceremony in Marseille, France, to celebrate the ship’s completion.

Wonder of the Seas is officially the largest cruise ship globally at 362 meters long and 64 meters wide, with 18 decks in total. The ship accommodates 6,988 guests, with 2,300 international crew members working onboard.

After three years of work and construction, the traditional flag changing ceremony with the Chantiers de l’Atlantique shipyard at the end of January. The cruise will depart from Fort Dale on March 4.

Michael Bayley, CEO of Royal Caribbean International, said that ‘welcoming the Wonder of the Seas’ was the culmination of 30 months of ingenuity. He also stated that collaboration among more than 2,000 had dedicated crew members and workers who were the best at what they did for this cruise ship.

It will set sail from the port of Fort Lauderdale (Florida, United States) on March 4 for its official debut. It will make ‘7-night cruises’ in the Caribbean. All that happened, before heading to Barcelona (Spain), from where she would offer summer itineraries around the Mediterranean.