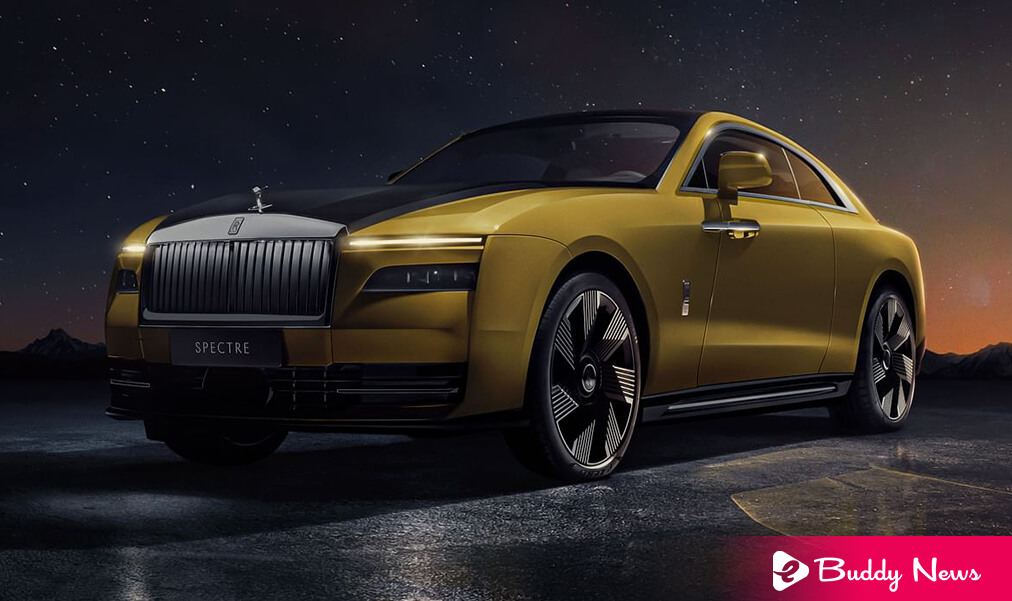 Rolls-Royce cars have always distinguished themselves, for their running silence, in addition to their luxury. Further, it is so because of its huge engines with instantaneous torque. Now it has a revised dimension. It is true with the ‘Rolls-Royce Spectre, Rolls-Royce’s first electric car.’ In their own words, it is the ‘most perfect car’ in the history of its brand.

The Rolls-Royce Spectre created a ‘historic moment for ‘Rolls-Royce .’It marks a brand posing ‘before and after’ and its founder, seduced in the early period of the last century by releasing an electric car he bought. Almost after a lapse of 120 years, the most luxurious car brand in the world introduced its first electric car production: the Spectre.

The Spectre is a two-door car with a fastback body and large dimensions like the Wraith it somehow replaces. It measures a length of 5,453 mm, with a width of 2,080 mm, and a height of 1,559 mm, having a ‘wheelbase’ of 3,210 mm. It uses 23-inch wheels with proportions visually to play with that.

The design is pure Rolls-Royce. The designers chose the ‘modern yacht’ design to reference the clarity and ‘precision’ of lines and the use of reflections. Worlds inspired them as ‘seemingly distinct’ as ‘haute couture. It also has modernist sculpture, nautical design, tailoring, and contemporary art.

Up front, the Spectre sports straight lines and ‘split headlights similar to the BMW i7, with a skinny LED daytime running light strip above the main headlights. The Pantheon grille is wider than any other Rolls in history. Further, it has more rounded sections with smoother corners’. It is true not only for aesthetics but also for aerodynamics. The Spectre is the most aerodynamic Rolls-Royce ever, with a Cx 0.25.

In profile, the Spectre’s fastback silhouette is its most specific feature. It is a minimalist design. It is genuine with few but accurate lines, such as the ‘waterline’ at the bottom of the doors, with an upward sweep towards the front. It that the gentle rise of the bow of a motor boat in acceleration inspired it.

‘Rolls-Royce’ has diminished the joints and gaps between the body panels to the maximum possibility to achieve the best ‘aerodynamics .’ The company has housed taillamps in the largest body panel ever produced on a Rolls-Royce, stretching from the A-pillar to the boot. It tried to make the parts in the largest block possible.

Most Advanced Customization, Along With Straight Doors 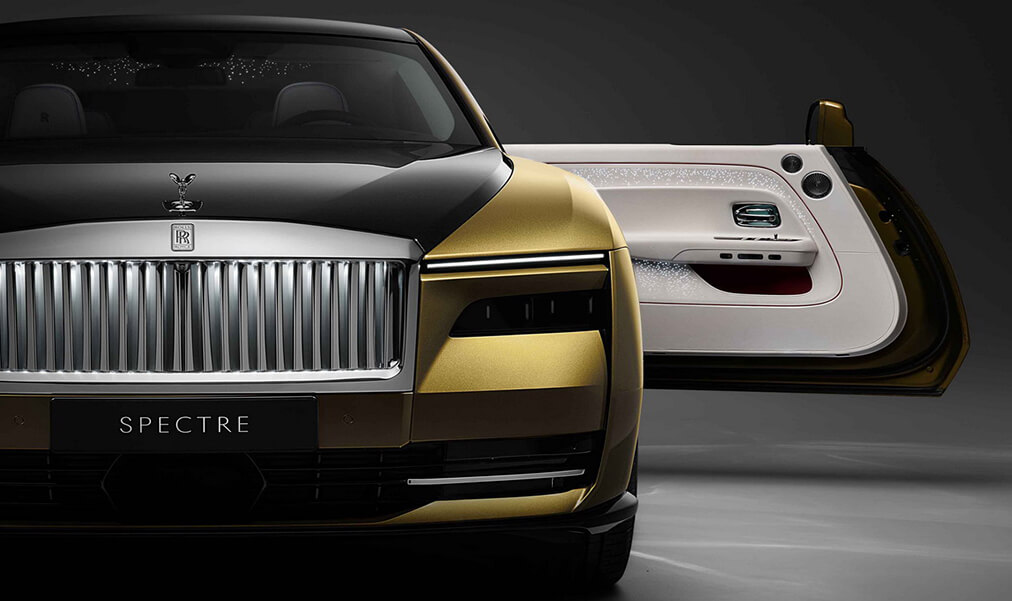 ‘Rolls-Royce’ is not a brand to accept risks in the stated manner, but there are important developments. The interior is familiar and instantly recognizable. Perhaps the most striking are its Starlight doors, a first for a production Rolls-Royce, incorporating 4,796 illuminated ‘stars’ to blend with the starry roof and ‘backlit dashboard.’ If you do not like the stated choice, you can prefer the doors with ‘Canadel wood panels.’

As in any Rolls-Royce, the customization possibilities are as wide as the customers’ budget. Materials, colors, embroidery, and decorations are ready as per their order. Customers may order almost everything that is technically possible. Of course, it should have a ‘high degree of craftsmanship. However, it should be beside the traditional. There is also a lot of technology in it. Under the ‘SPIRIT digital architecture,’ they have included all the connected systems and functions of the vehicle, and it will even allow direct contact with ‘brand specialists.’

The Rolls-Royce Spectre Arrives With 520 Kilometers 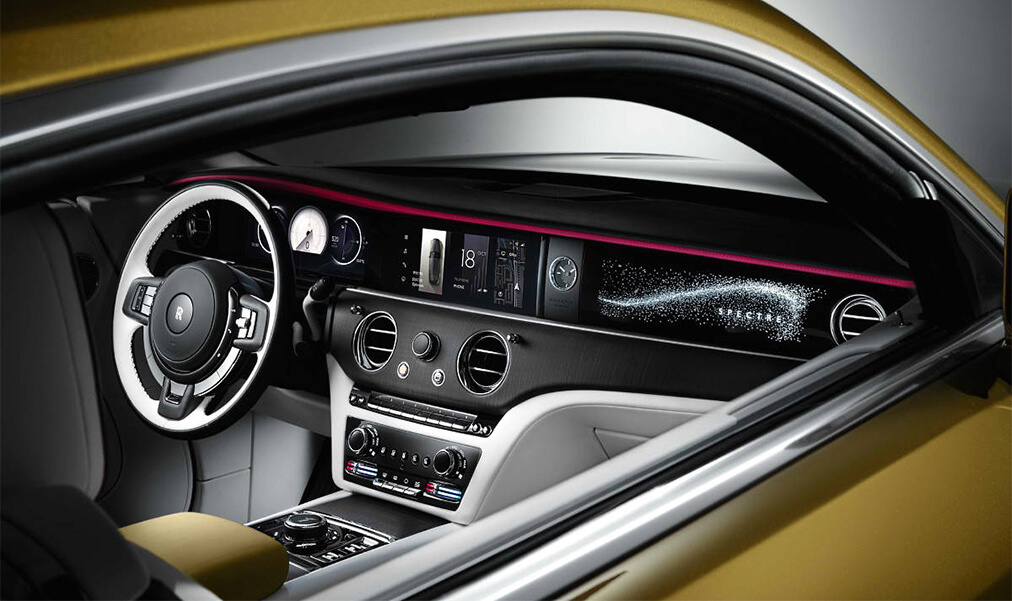 They have also fine-tuned the final figures for power, acceleration, and range as the extraordinary ‘Spectre tuning venture’ enters its final phase. Of course, it will happen from June to September’23. The Preliminary data shows an ‘estimated range of 520km. The company has not announced the capacity of the battery.

‘The most extensive testing program’ Rolls-Royce we have ever seen the manufactured ‘Spectre prototypes’ travel more than 2.5 million kilometers at the time of its launching. It simulates more than 400 years of use for a Rolls-Royce. They have tested for many months and arrived at ‘optimization,’ which has yet to happen. The stated figures are subject to possible change before the official confirmation of the market launch in Q4 2023.

The company builds the Rolls-Royce Spectre on the ‘Platform 3.0’ of the brand. It considers ‘new extruded aluminum sections.’ It is true by integrating the battery into the structure vehicle structure. It makes the Spectre 30% stiffer than the Rolls-Royce Phantom VIII. The battery weighs almost 700kg and has an additional secondary benefit. In the present case, it is very important to Rolls-Royce. Therefore, it acts as a deadener for road noise.