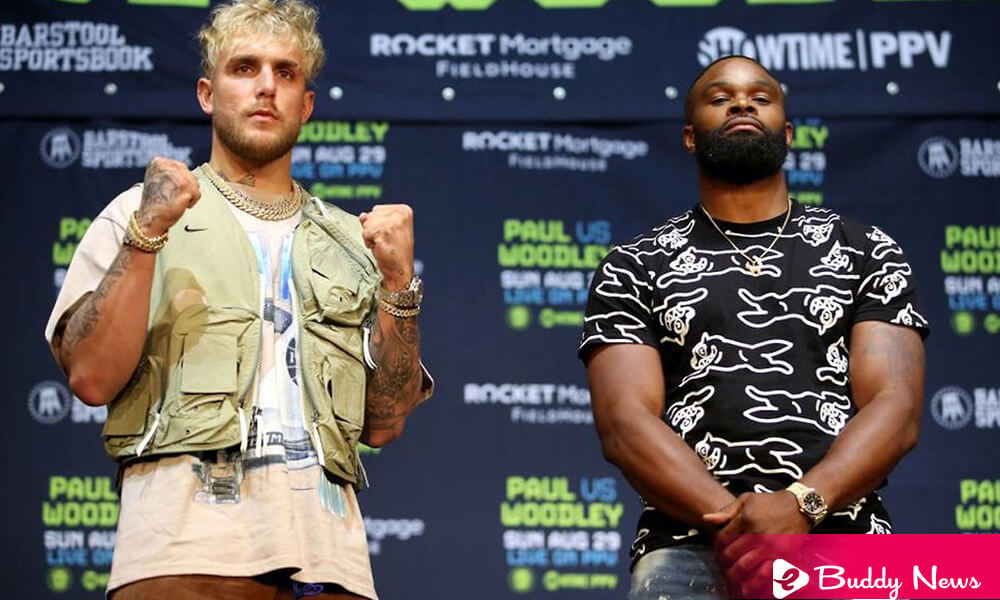 Brothers Jake and Logan Paul rose to fame through the Vine platform, making short videos. Jake appeared on the Disney series, Bizaardvark, but they became famous with his YouTube channel.

A score card for boxing match of Jake Paul vs Tyron Woodley. 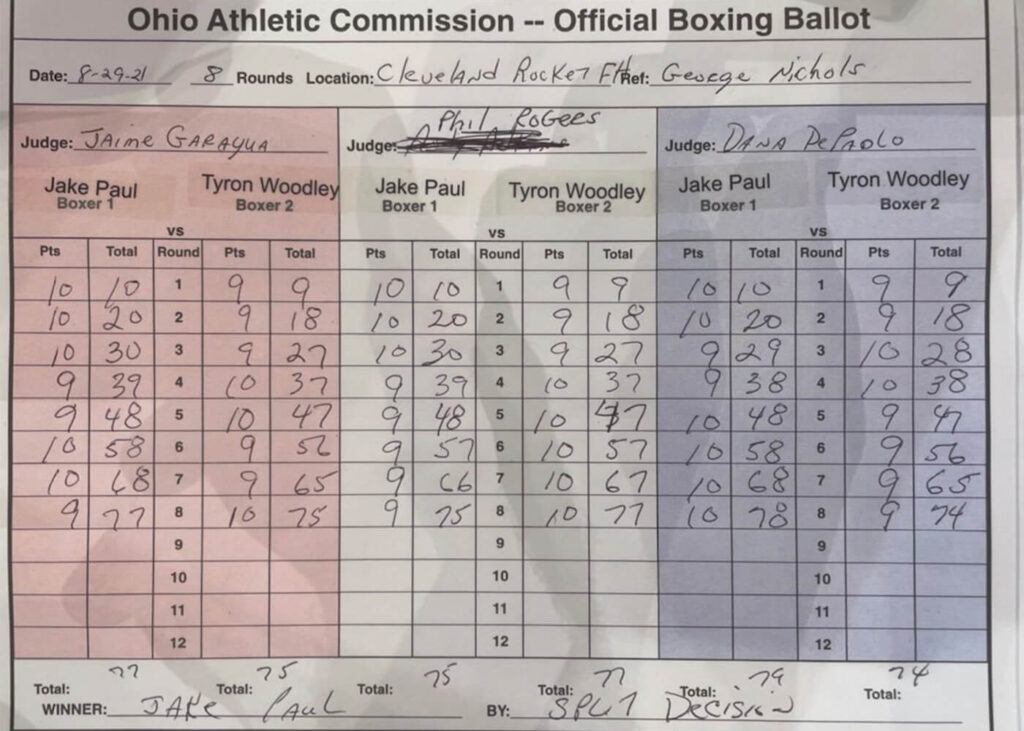 The fighters are coming to the ring. Jake Paul vs Tyron Woodley are already in the main fight of the night. They agreed to fight eight rounds. 4-0 for ‘The Problem Child’ or surprise in the boxing debut of ‘The Chosen One’? Woodley first, for his debut as a professional boxer after his stint in MMA and the UFC.

Round 1: Woodley is showing a typical UFC guard without standing on the tip. Very low guard.

Round 2: Woodley goes further forward, tries jabs, but can’t find Jake. Paul has a lot of movement and respect because he has not dared to look for the former MMA. Round with even less than the first. We give it to Woodley for looking further, although the best hit was a crusader from Jake. 10-9 Woodley, 1-1.

Round 3: Jake Paul finally lands a couple of combinations, but he keeps walking and driving the distance a lot. Woodley continues to study and has already seen that he can enter over the jab because Jake does not protect with shoulder or elbow when launching an attack. He improved this a bit but did not fulfill Jake’s forecast of finishing in the first three, although he won. 10-9 Jake, 2-1.

Round 4: Ropes Save Jake Paul! He throws a solid right hand, shakes Jake, and turns the fans on for the first time. Paul already looks tired, opening his mouth long before he receives that substantial impact. He had never touched him in previous fights.

Round 5: One hit can change a fight, and that happened here. Woodley dominates from that hit in the fourth. He went to look for the KO at the beginning, the fans are excited, but he cannot finish. Still, there are more actions, and this heats up. Paul tries to challenge by pretending to lick his gloves and other distractions. He is not finding the way. Woodley turns the fight upside down: 10-9, the former UFC 3-2.

And it’s already the most prolonged fight of Jake’s career.

Round 6: Wake up, Jake Paul! In the middle of the fight, The Problem Child hits a good combination. Woodley reacts like it doesn’t hurt him. But Paul already scored more, and that is worth it to win the round and match the MARCA Claro card. 10-9 Jake, 3-3.

Round 7: Woodley goes forward, perhaps knowing that the cards go back. He hits two good left Tyron, and although they are not solid shots, he scores more. Jake looked tired.

We go to the last round, and this is VERY even. Jake won clear the 1 and 6. And Woodley the 4 and 5. It will depend on the view of the judges. At MARCA Claro, we have 4-3 Woodley entering last.

Round 8: We’re going the distance! Twenty-four minutes and did not finish it on the fast track.

We’ll see who the judges favor. It was very even, and perhaps this last round is the difference in the fight, that if someone gives something other than a 77-75, it would be a scandal.