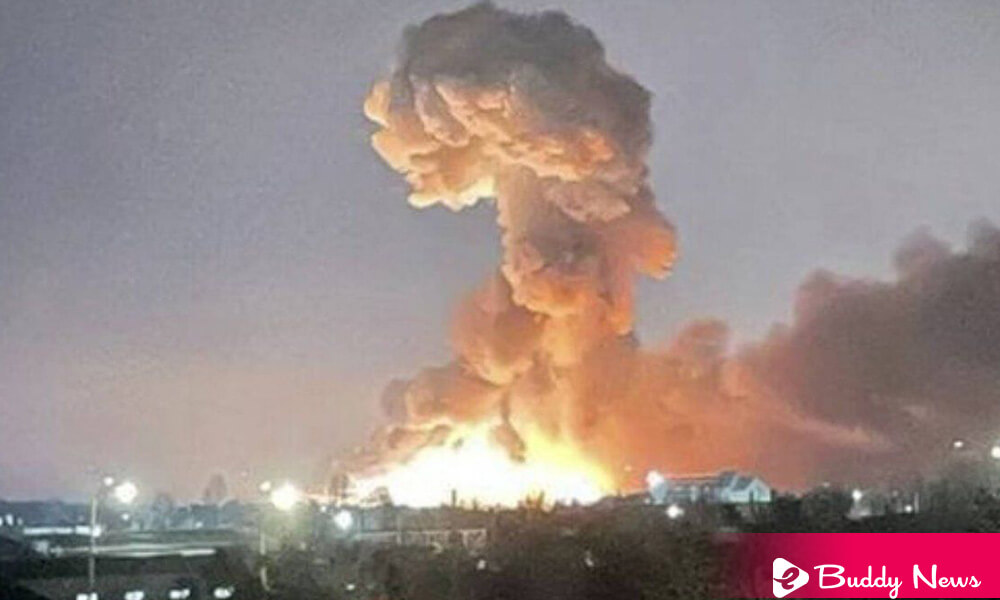 There was an occurrence of explosions and artillery in different parts of Ukraine. In an unexpected speech, Vladimir Putin, Russian President, announced a special military operation in eastern Ukraine in response. He said the subject to the threat Kyiv posted to Moscow. The first reaction of Joe Biden, US President, was that only Russia would be responsible for the death and destruction that the attack would bring.

The world fears of the world for weeks have materialized. Russian President Vladimir Putin announced a “military operation” in the Donbas region in eastern Ukraine in the early hours of Thursday, February 24.

Shortly before, the White House said it believed an attack on the European country. However, in the following few hours, it would occur after detecting that Russia closed its airspace and moved troops to eastern Ukraine.

Please follow the latest updates about the Russian attack on Ukrainian soil at the moment:

Putin has declared a ‘Military Operation’ in the separatist areas of eastern Ukraine. Hours after, ‘The Pro-Russian Separatists‘ asked Moscow for help in stopping alleged hostility employing Ukrainian troops, even though Kyiv denied a disgusting activity to recapture the territory.

Putin said that he had ordered Russian forces to defend the citizens. He further called on Ukrainian soldiers to fall back and lay down their arms. He also said that the responsibility for any bloodshed would be on the conscience due to the ‘Ukrainian regime.’

Once again, the Russian president reiterated that Ukraine’s inclusion in ‘NATO’ would be unacceptable. He assured that if any country attacked Russia, its response would be “instant.” He also further indicated that Moscow would react immediately to foreign interference.

Biden Denounces The Russian Attack As Unprovoked And Unjustified

The US president denounced and stated it as ‘Russian military forces’ unprovoked and also unsupported attack against the people of Ukraine.

The statement said that President Putin had chosen a premeditated war to bring disastrous loss of life and human suffering. Further, Russia alone was responsible for the death and destruction that attack would bring. The United States and its supporters and partners would respond in a united and assertive manner. The world would hold Russia to account.

Biden said that he would be monitoring the situation with his security team. He would meet with the other G7 leaders. Also, he planned to announce the supplementary consequences that the United States and its allies would impose on Moscow.

Biden said they would also coordinate with their ‘NATO Allies’ to ensure a strong and united response to discourage any violence against the agreement.

Ukraine Closes Its Airspace To Aviation

While reporting explosions and artillery fire at different border points and the capital, Ukraine, closed the ‘airspace.’ It ordered the instant evacuation of the Kyiv Airport.

Ukraine Asks Russia At The UN To Prevent The War

Ukraine’s ambassador to the UN called on his Russian counterpart for Moscow to stop the war. Mr. Vasili Nebenzia, the Russian ambassador to the United Nations, justified the attack and said its objective was to ‘protect people’ who suffered genocide for eight years. It was an assertion for which he did not provide evidence by the Kyiv regime and demilitarize Ukraine.

Guterres: “In The Name Of Humanity, Stop The Existing War”

António Guterres, the Secretary of the United Nations, directly requests Vladimir Putin to stop the attack on Ukraine as a matter of ‘HUMANITY.’

There Were Reported ‘Explosions’ In Kyiv And Other Cities Of Ukraine

Journalists and citizens reported explosions in the Ukraine capital, Kyiv, and in at least three other cities in eastern Ukraine: Kharkiv, Mariupol, and Kramatorsk.

Media correspondents in Kyiv and the eastern port city of Mariupol, Ukraine reported ‘hearing the bombarding sounds of explosions’ near the front line and also along the Russian border. Residents also reported that they had heard the artillery fire in the eastern suburbs of Mariupol.

The envoy of China to the United Nations says that Beijing still believes that they have not completely closed the ‘door to a peaceful solution to the Russian-Ukrainian conflict.

Justin Trudeau, Canadian Prime Minister, says that Canada urges Russia to immediately ‘cease hostile and provocative actions’ against Ukraine and calls for withdrawing all troops from the border.

The Target Is The Junta In Authority In Kyiv

Russia’s ambassador to the UN says that his country’s target with the massive attack on Ukraine is the leader in power.

The Ukrainian Foreign Ministry asked its partners to activate a new battery of new sanctions. The Ministry also said that the country’s Army is ready to reject “the aggressor state” and assured that the objective of the Russian offensive is “to destroy the Ukrainian state.”

Ukrainian President Volodímir Zelenski imposes martial law throughout the national territory and calls on citizens not to panic.

Zelenski assured that explosions in Ukraine had been reported in several cities and asked his fellow citizens to stay home. He said that We are strong, ready for anything, and will win.

German Chancellor Olaf Scholz condemned the Russian offensive, calling it an “unjustified and flagrant violation of international law.” He also indicated that he would speak with his partners from the G7, NATO, and the European Union regarding the crisis in Ukraine.

After speaking on the phone with the Ukrainian president, Joe Biden, he said he had informed Zelensky about the United States’ measures and the international community against Russia. Biden said Washington and its partners would impose “severe sanctions” on Moscow and continue supporting Ukraine and providing assistance.

The British Prime Minister said he was dismayed by the events in Ukraine. He tweeted President Putin had chosen a path of bloodshed and destruction by launching this unprovoked attack on Ukraine.

Johnson also said that he had spoken with the Ukrainian president to discuss future steps.

President Of The European Commission Expresses Her Support For Ukraine

Ursula von der Leyen, the President of the European Commission, wrote on Twitter that they strongly condemned Russia’s Unprovoked Attack’ on Ukraine. They would hold the Kremlin to account. Their thoughts were with Ukraine and the innocent women, men, and children who faced this unprovoked attack and fear for their lives in those dark times.

Further, at the same time, the Ukrainian Army reported shooting down a Russian warplane in the east of the country.

Under Fire, The Parties Give The First balances of the confrontation

While Ukraine claims that it shot down five Russian planes and a helicopter, Russia maintains that it highly precision destroyed Ukrainian airbases and anti-aircraft defenses.

According to information carried out by the Russian news agency ‘RIA,’ the ‘Russian-backed’ Separatists said they had captured Shchastia and Stanytsia Luhanska in the Luhansk region of Ukraine.

Zelensky Calls For Sanctions, Even For Putin

Ukrainian President Volodymyr Zelensky calls on all world leaders to use all possible sanctions against Russia, including against President Vladimir Putin.

Macron Calls On Russia To Immediately Stop The War

With Macron, Japanese Prime Minister Fumio Kishida condemns the attack on Ukraine and rejects “Russia’s unilateral actions” against his neighbor.

Denmark closes its embassy in Kyiv, and Sweden moves its diplomatic staff in Ukraine to the city of Lviv. Ukrainian border guards reported that Russian Army columns crossed the border into Chernihiv, Kharkiv, and Lugansk regions.

It occurred hours after the anti-bombing warning sirens sounded in this town located about 70 kilometers from the border with Poland.

Ukraine Reports The Death Of Eight People After Bombings