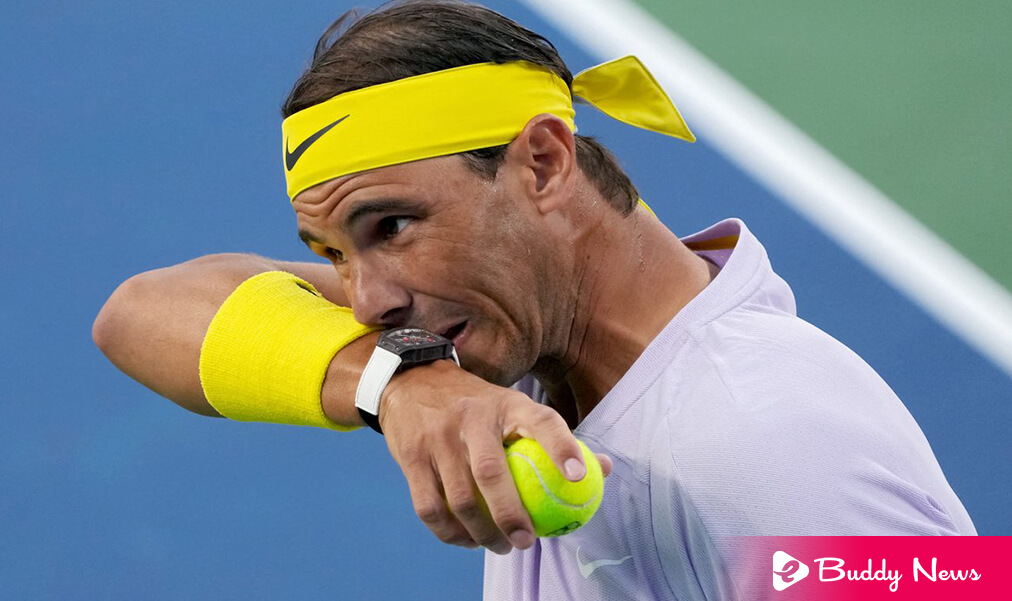 Rafael Nadal loses at Cincinnati Open in his first match at the Masters 7-6(9), 4-6, 6-3 against Croatian Borna Coric. Nadal’s first match after an abdominal injury forced him to withdraw from Wimbledon.

Nadal is champion this year at the Australian Open, Roland Garros, and French Open. He had not played since July 6 and surrendered to Coric after a match of two hours and 53 minutes.

Nadal did not lack commitment or desire to fight, but his abdominal problem continues to condition his game and prevent him from competing with complete serenity.

The Mallorcan, the winner of this tournament in 2013, had leveled the match with a great reaction in the second set, after wasting two set points in the first, but succumbed in the third to his powerful and aggressive tennis rival.

Because Coric, who disputes Cincinnati with a protected ranking, showed off the talent that led him to be number 12 in the world in 2018 before a long series of injuries slowed down his growth.

The Croatian, who had already beaten Nadal in this same tournament in 2016, now has a record against Nadal with three wins and two losses.

It was a physically and mentally demanding match. The match was interrupted for one and a half hours due to the rain in Cincinnati when Nadal was leading 5-4 in the first set.

Until then, Nadal played a good level game, solid with the service. Even after the break, he had obtained two set points in the tie break to take advantage.

However, he could not take advantage of them and committed a double fault that cost him the first quarter (9-11).

Rafael did not lose his calm and gradually managed to pave the way for a breakout opportunity that would come at 3-3 and that he would convert to take the lead 4-3. Rafael gave Coric no possibility and leveled the match at 6-4.

The inertia was again in their favor, and they had a 0-30 with Coric on serving with 1-1 on the scoreboard that could have been the opportunity to complete the comeback.

He failed to take advantage of that opportunity, and Coric managed to be 3-2 up in the light, the break that launched him to 4-2 and opened the way to victory.

After the first match loses at Cincinnati Open, Rafael Nadal said it is difficult to take many positive things. He needs to improve, practice, and give back better. Nadal needs days, that’s the truth. He had his chances at the beginning. He had two important set points that he played very badly on more or less easy shots.

Nadal also acknowledged that he did not play his best game and that this tournament was historically difficult.

Coric did not tremble when it came to keeping his turns on serve and sentenced the match with a 6-4 that sends him to the round of 16, in which he will be the rival of Roberto Bautista.

The man from Castellón reached this round after beating the American Marcos Giron this Wednesday, 6-3, 6-3.

They know each other well because this Thursday will be their eighth confrontation, with Bautista, who won four, for Coric’s three.

After Nadal’s elimination, the Cincinnati tournament remained with Bautista and Carlos Alcaraz in the men’s draw.