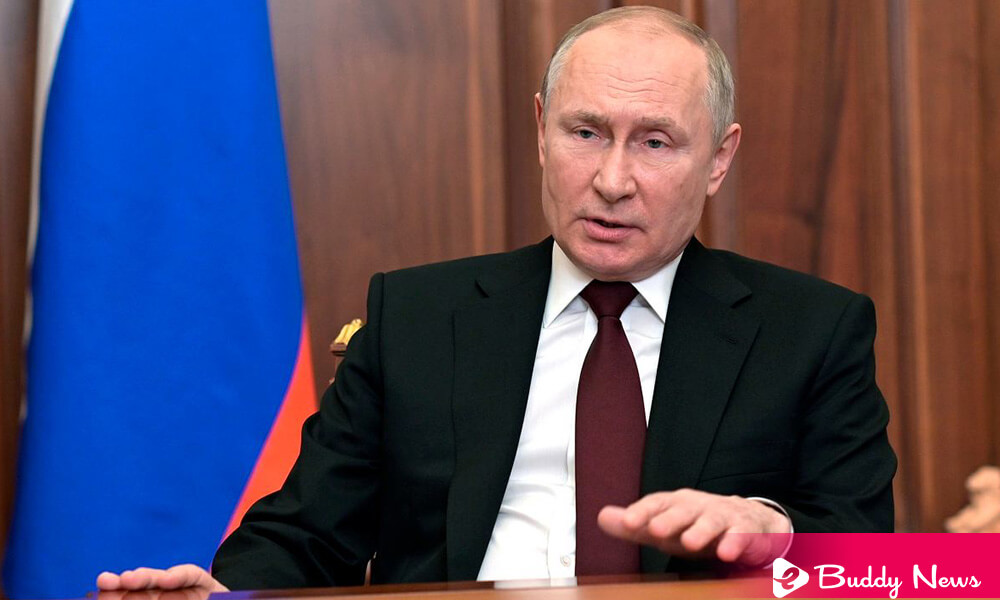 President Putin ordered the Russian Ministry of Defense’ to mobilize troops to keep the peace in the regions located to the East of Ukraine. He ordered the Russian Defense Ministry to guarantee until the signing of the agreement that the Russian Armed Forces perform functions of maintenance of the peace in the Donetsk People’s Republic territory. The RT agency released the decree in connection with the appeal of the Donetsk People’s Republic leader.

Russia had been deploying thousands of soldiers on the borders of Ukraine for two weeks. According to Western countries, it was ready to invade the neighbor.

The decision of Putin came into being after he had informed the country that he would give the honor of the ‘Independence’ of the separatist regions of ‘Donetsk and Lugansk,’ and ordered to Russian troops to recognize such separatist regions. He justified his action in protecting four million people at risk of genocide, referring to the Russian speakers.

He stressed that Russia had every right to protect its security, and that was what we would do. After assuring that incorporation of Ukraine into ‘NATO’ was only a matter of time. It complained that Western countries had ignored concerns Moscow about their safety.

Putin ordered the recognition made open to legitimate the mobilization of Russian troops to the Donetsk and Lugansk territories under the argument of defending Russian-speaking citizens.

Earlier, the leaders of the two pro-Russian breakaway territories in eastern Ukraine, Denis Pushilin of the DNR ( Donetsk People’s Republic) and Leonid Pasechnik of the LNR ( Lugansk People’s Republic. He had met the President of Russia to recognize their independence and activate defense cooperation.

Putin had informed the members of his Security Council at the end of a meeting about the developments. He has heard your views will make the decision today. The Russian Television broadcast it.

Russia -Unlike Crimea – avoided appropriation of the region or its recognition. The newspaper recalled that would have compromised its sovereignty for the Ukrainian government. It advocated that Ukraine grant it a special status.

Kyiv has always insisted that the 2015 Minsk peace accord signed orders to bring about a ‘cease-fire .’The said issue has included the retrieval of its borders.

Putin accused ‘the West’ of using Ukraine as an instrument of disagreement with their country. That subject imposes a serious threat. It was very important to them.

In an extraordinary meeting of the Russian Security Council, the President added that the priority of Russia was not ‘confrontation,’ but it was ‘security.’

Putin’s remarks come after Russia announced that its security forces had eliminated two groups of Ukrainian saboteurs. He had penetrated its territory and accused Ukraine of having bombed a border post, claims that Kyiv denies.

The Russian Federal Security Service Head, Alexander Bortnikov, stated about a special issue during the meeting of the Security Council. About two groups of saboteurs from the Ukrainian Army had gone to the Russian border on that night. During the clashes between the two groups, they noticed the ‘destroy of saboteurs’ and captured one Ukrainian military.

In recent days, western countries fear intensifying fighting in eastern Ukraine with pro-Russian separatists. They will provide a pretext for Moscow, which has deployed 150,000 troops to the Ukrainian border, to invade.

The crossing of indictments between ‘Kyiv and Moscow’ destabilizes the efforts of ‘European leaders to find a diplomatic solution.’ They urged Putin to hold a summit with Joe Biden, the President of the United States.

The French Presidency announced a Summit Conference between Putin and Biden. Still, the Kremlin explained the idea as ‘untimely and early.’

The White House considers the invasion of Ukraine as ‘about to happen, and it blames Russia for seeking to “squash” the Ukrainian people.

US National Security Adviser Jake Sullivan said that a Russian military operation would be particularly brutal. They would cost the lives of Ukrainians and Russians irrespective of whether they were civilians or soldiers.

Moscow denies having plans to ‘invade’ Ukraine. However, it demands guarantees that this former Soviet republic will never join NATO and an end to expanding that alliance to its borders. The West has so far discarded their demands.

The separatists reported the death of three civilians in the last 24 hours. It further reported it as ‘the explosion of an ‘ammunition Depot’ in the Novoazovsk region, accusing it of ‘Ukrainian saboteurs.

The authorities of the two ‘pro-Russian Republics’ ordered the mobilization of men in a state of battle and the ‘mass departure’ of civilians to Russia. Moscow declared on Monday that 61,000 people get withdrawn from the area.

Consequent to Russia annexing Ukrainian Crimea, the pro-Russian separatists who rose against Kyiv were sustaining a conflict in the country’s East that had left more than 14,000 people dead since 2014.

The ‘Western Countries’ have threatened devastating ‘Economic Sanctions’ in an onslaught on Ukraine.