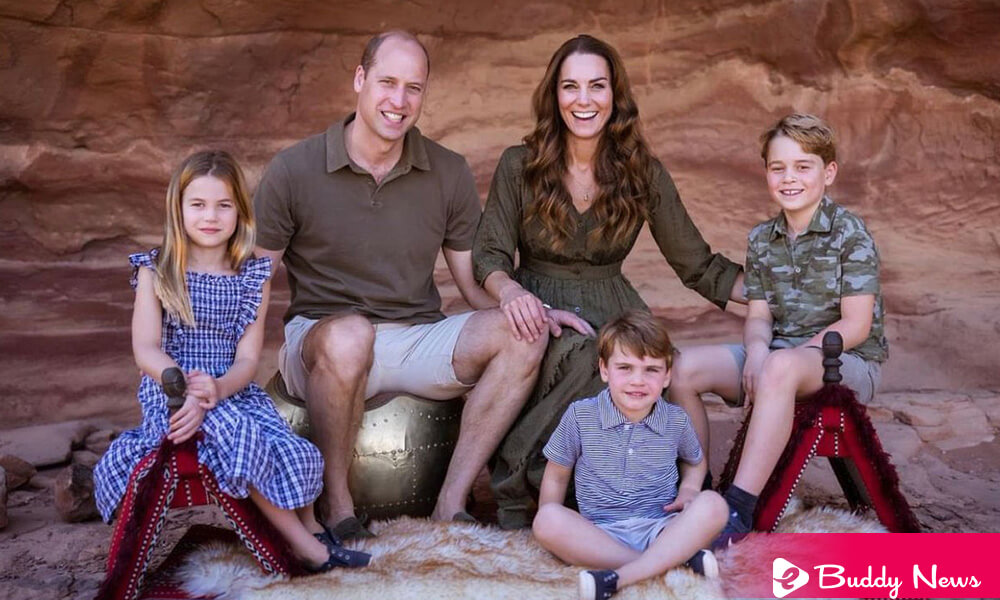 The Duke and Duchess of Cambridge, Prince William and Kate Middleton, were ahead of Christmas to share a their new family photo with their followers, along with a traditional greeting.

They shared the photo on their social networks to congratulate the British on the occasion of the Christmas and New Years’ holidays.

Prince William and Kate Middleton share a new photo of a new family. This year’s Christmas card was the message accompanying the photograph.

Far from being a winter print, they appear in a warm environment in the family portrait. They are appeared and dressed in short and seated in front of a rock formation. The couple Prince William and Kate gave a pose with their three children, who in their most sport khaki, cream and camouflage to this photo.

The media confirm that they captured this photo when the couple and their kids went to Jordan on a trip at the beginning of the year. Prince George, 8, third in the line of succession to the British throne, is seated next to his mother and looks very smiling at the camera. Next to him and sitting on the floor, wearing a polo shirt, is the youngest, Louis, three years old. But with blue stripes, a colour repeated in Charlotte’s plaid dress, six years old, the only daughter of the couple.