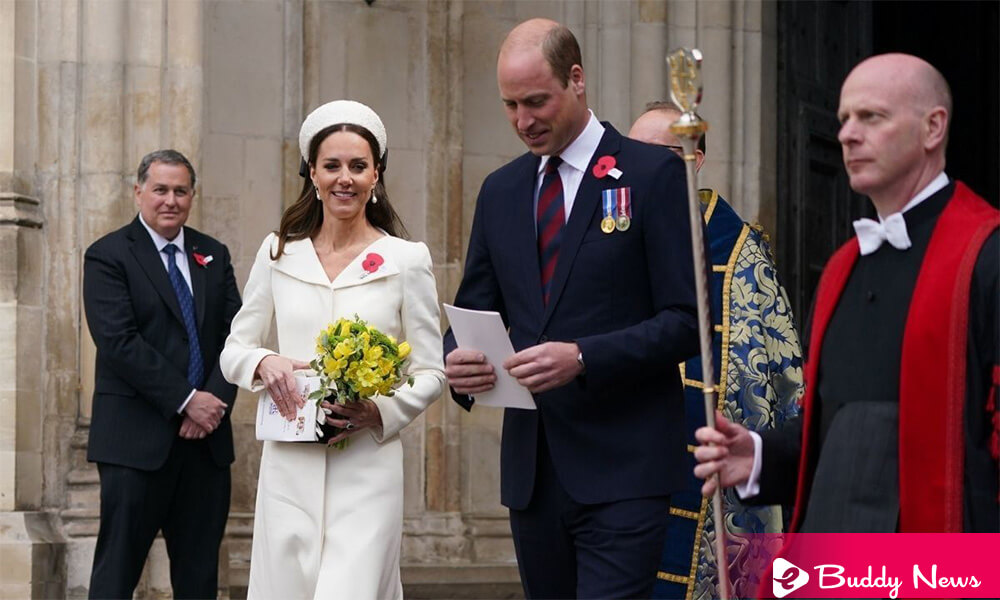 Kate Middleton joined Prince William at the last minute to attend the Anzac Day commemoration and thanksgiving service together at Westminster Abbey. The Duchess has opted for an elegant cream-colored outfit to match the headband, thus recycling the look that she wore during the baptism of her daughter Charlotte in 2015.

In addition, he wore the traditional red poppy on his lapel that both men and women wear on this momentous day. Kate Middleton, Duchess of Cambridge, has joined Prince William, her husband, to attend Anzac Day, which honors the Australian and New Zealand Armed Forces soldiers. Kensington Palace highlighted in its statement that Commonwealth nations served and died in all wars, conflicts, and operations to maintain peace.

According to the media, Diana of Wales’s eldest son, in a suit and tie, also wore his military medals on his jacket. Meanwhile, the religious service included a speech by the Dean of Westminster. At Anzac, the High Commissioners of New Zealand and Australia will give various readings. Children from each country read some phrases, and the native group ‘Ngati Ranana London Club performs a song in the Maori language.’

Before the act with his wife, the Duke of Cambridge attended a solemn ceremony that took place at the Cenotaph in Whitehall Square. Isabel II’s grandson, flanked by civil and military authorities, placed several flower crowns with a sad face in honor of the fallen. He did it on behalf of the Queen. She in recent months has been forced to reduce her public presence due to her mobility problems significantly.