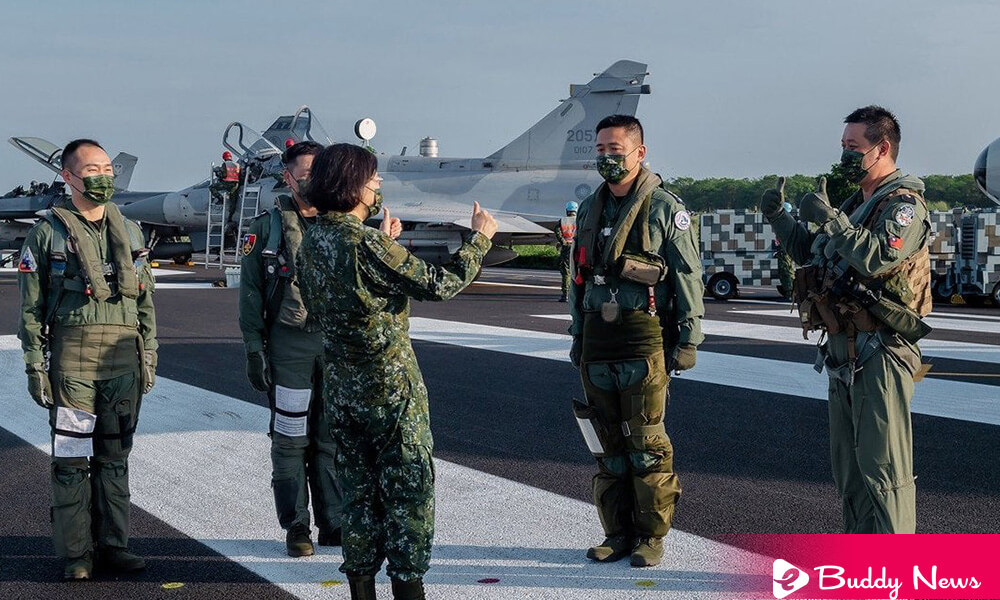 For the first time, Taiwan President, Tsai Ing-wen, confirms the US military presence on this island claimed by China, further fueling tension with the Beijing regime. In an interview with media, the first granted to an international television in almost two years, Tsai confirms the news published earlier this month. And she assures that they have a wide range of cooperation with the United States to increase our capacity defensive. But she does not answer how many US soldiers there are on the island training the Taiwanese troops and says, with a half-smile, that not as many as people think.

According to news reports and other previous information, after the Taiwan President confirms on US military presence, people think there would be only about twenty or thirty. Besides, they would be on the island to protect the US diplomatic legation. But despite their number, their presence is viewed by China as a provocation and an invasion. It is because it claims its sovereignty over Taiwan. Although this island separated with the people of 23 million from the mainland since the end of the civil war in 1949, it is a “de facto” independent country. Even by force, Beijing has set out to reunify it.

Between its rise as a military superpower and its maritime expansion, China has increased the pressure on Taiwan since Tsai took power in 2016 with her sovereign discourse. It is very different from the conciliation advocated by the previous ‘Kuomintang Government (KMT).’ In her view, the threat increases every day from China because, since 2016, the situation has changed a lot. And also, the plan of Beijing for the region is very different.

In addition to, they have territorial disputes with Japan and expanding into the South China Sea, Beijing’s ‘capicommunist’ regime targets Taiwan. While the first five days of the month, coinciding with its National Day holiday, over its ‘Air Defense Identification Zone (ADIF),’ China sent 150 fighter jets. A show of force commenced the Taiwanese Defense Minister to warn that the ‘tension in the Strait of Formosa’ was the worst in the last 40 years.

Just 180 kilometers from mainland China with 130 in its shortest stretch, this area is one of the world’s hottest. If Beijing attacks, the US is obliged to defend the island by the 1979 Taiwan Relations Act. Although Washington had exchanged its diplomatic relations with Taipei for Beijing only a year earlier, it remains an ally and arms supplier on the island.

In the case of a Chinese invasion, the United States is committed to coming to help Taiwan, as President Biden recalled previously. As the White House later clarified that it had not changed its policy of strategic ambiguity, his words ended up because of more confusion than confidence.

Despite these different versions of what President Biden said about Washington’s military support for Taiwan, Tsai made it clear that she had faith. Given the long relationship, your Congress and this Administration have been very helpful.

They asked if she was interested in speaking with Chinese President Xi Jinping. Tsai replied that further communication would be helpful, and it will reduce misunderstandings. Given their differences in political systems, they can sit down and talk about them to reach agreements that allow them to coexist peacefully. However, the distance increasing that separates the two China in the ‘Strait of Formosa‘ threatens to draw the US and unleash World War III.