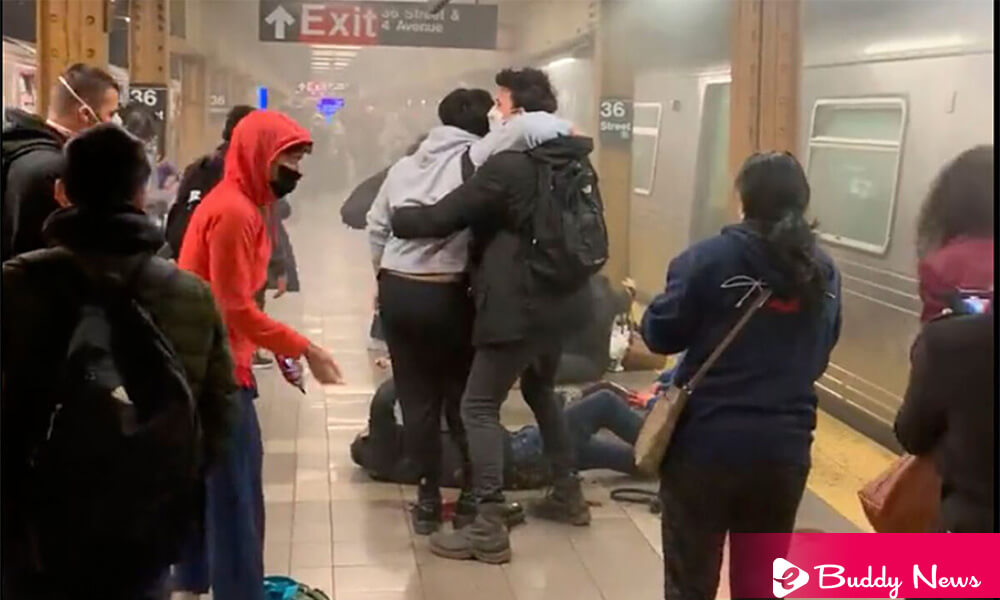 At least 23 people got injuries, ten of them by gunshots, in an attack recorded yesterday in a subway car in subway station, New York. This shooting incident at New York subway station further shakes a New York shaken by insecurity and violence with firearms.

In addition to gunshot wounds, another 13 people had received injuries due to smoke inhalation and panic during the shooting at New York subway station. The New York Police Department provided the latest official figures.

It happened shortly before half-past eight in the morning, in a car going to Manhattan on the ‘N’ line. It is the rush hour when many New Yorkers are going to work or class. It began with the train running, arriving at the 36th Street station in Sunset Park, a middle-class neighborhood in Brooklyn with a large Hispanic community -especially Central Americans- and the Asian communities.

A passenger put on a gas mask and opened a smoke grenade. According to witnesses and later confirmed by the New York Police, he was a black man with a healthy complexion, about 1.60 meters tall, and wearing a green work vest.

As the train arrived at the subway station, he opened fire on the passengers, who were in the crowd against the other end of the car. New York authorities assured that it left a dozen injured, five of them in a critical but stable situation. The suspect absconded, leading to a search operation that spanned the entire city. At press time, they had not identified or located him. New York Governor Kathy Hochul warned that the shooter was on the loose and he was dangerous.

Clair, a witness, explained about the suspect that she first thought he was a subway worker and didn’t pay much attention to him. But later, she heard several shots, so many that she lost count.

The tragedy could have been worse. Videos and photographs that circulated on social networks showed the horror of the attack: detonations recorded from the next car, people fleeing through the smoke from the grenade, pools of blood on the floor of the car and the platform, wounded with improvised tourniquets, others passengers compressing the wounds of those shot. Authorities found a gun and several high-capacity magazines. Two police sources told the media they would think there was a jam during the attack.

Shortly after, there was speculation about the presence of unexploded ordnance at the scene of the tragedy. New York Police Commissioner Keechant Sewell said they had detected no active explosives in the subway. During a press conference with other authorities, she added that they are not investigating the incident as an act of terrorism at this time. She also said that, at the moment, they had not determined a motive for the shooting.

The person has not yet identified any suspects but has identified a “person of interest” connected to the shooting. He is Frank James, 62, and is the person who rented a van in Philadelphia, two hours from New York, related to the violent attack.

Among those found at the shooting scene and believed to belong to the shooter was a van key. He parked the vehicle five minutes from a subway station where they believe the author has entered.

Police, however, do not yet consider James, a suspect in the shooting.

President Joe Biden assured them that they would not stop until they found him. At the same time, Eric Adams, the mayor of the city, affirmed that this was terror; someone had tried to terrorize us. He said it was “premature” to rule out any possibility in an interview.

New York is experiencing a wave of shootings and incidents of insecurity in the subway. These two issues have become a priority for Adams, who inaugurated his term on January 1. In 2022 (as of April 3), 296 shootings had been recorded, compared to 260 in the same period in 2021.