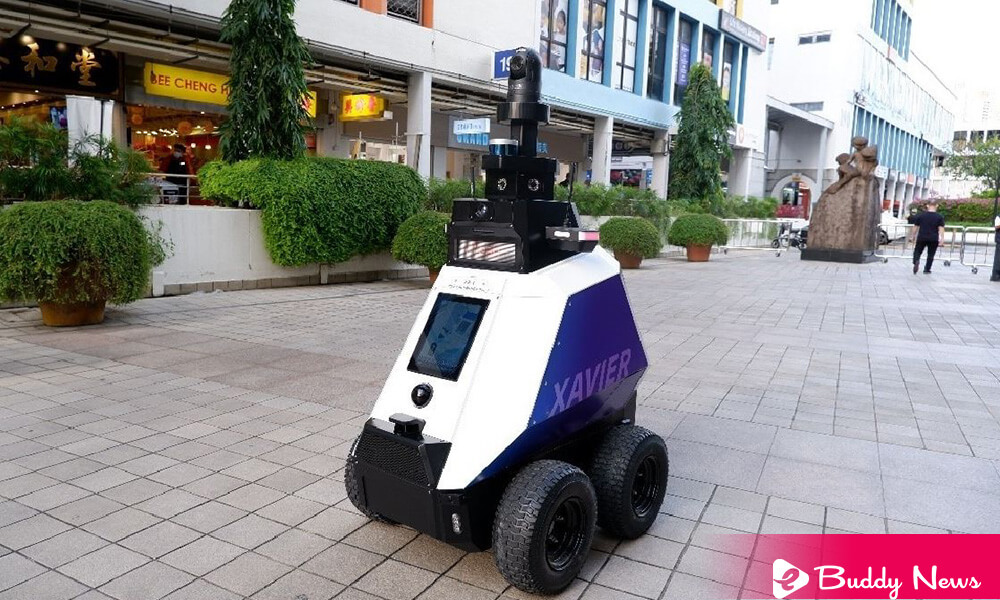 Singapore, considered one of the safest countries globally, has tested two autonomous robots to detect harmful behavior. Such as non-compliance with security measures against COVID-19, smoking in prohibited areas. Illegal parking of bicycles, the local Science and Technology Agency reported Sunday.

The agency said the two autonomous patrol robots, named Xavier, are equipped with cameras to detect bad social behavior and alert the command and control center in real-time. They are deploying the test in an area with heavy foot traffic in central Singapore.

The agency said it would use the robots for surveillance and message displays during the three-week trial to awareness the public on proper behavior.

An agency spokesperson said Monday that they would not use the robots for law enforcement during the testing phase.

The agency said that patrol robots named Xavier are deployment would support the work of public officials. That would reduce the staffing required for foot patrols and improve the efficiency of operations.

In August, K Shanmugam, Singapore’s Interior Minister, declared that the city-state aspired to have more than 200,000 police cameras by 2030. It is more than double the present number of cameras deployed in the Southeast Asian island state.

They Are Not The First

The New York City Police Department in the United States tested a Boston Dynamics robot last February at a crime scene in the Bronx borough. They test its surveillance capabilities in an authentic setting.

The four-legged robot, named by the New York police as “Digidog,” was equipped with a scanner and cameras. And they did a survey round after an attempted robbery in a house in the Bronx neighborhood.

A spokesman for the New York Police Department (NYPD), Sergeant Edward Riley, said that the device is currently testing. And it is a robot capable of navigating its environment with artificial intelligence. It has cameras and lights to allow us to see the area in real-time and allow two-way communication to the EFE agency.

According to this authority, the Boston Dynamics company manufactures these types of robots designed to help in emergencies and situations with explosives.

The images drew criticism from the US congresswoman for a district that includes parts of the Bronx Alexandria Ocasio-Cortez. According to the legislator, these resources destined for a robot with artificial intelligence should have other demands such as school education.

Ocasio-Cortez said that now they can see by deploying robotic surveillance drones to the ground for testing in low-income. And minority communities of color with poorly funded schools.

The robot can be applied to different uses and can move autonomously at 6 kilometers per hour. It has been assigned experimentally to the technical assistance unit of the Police Department.