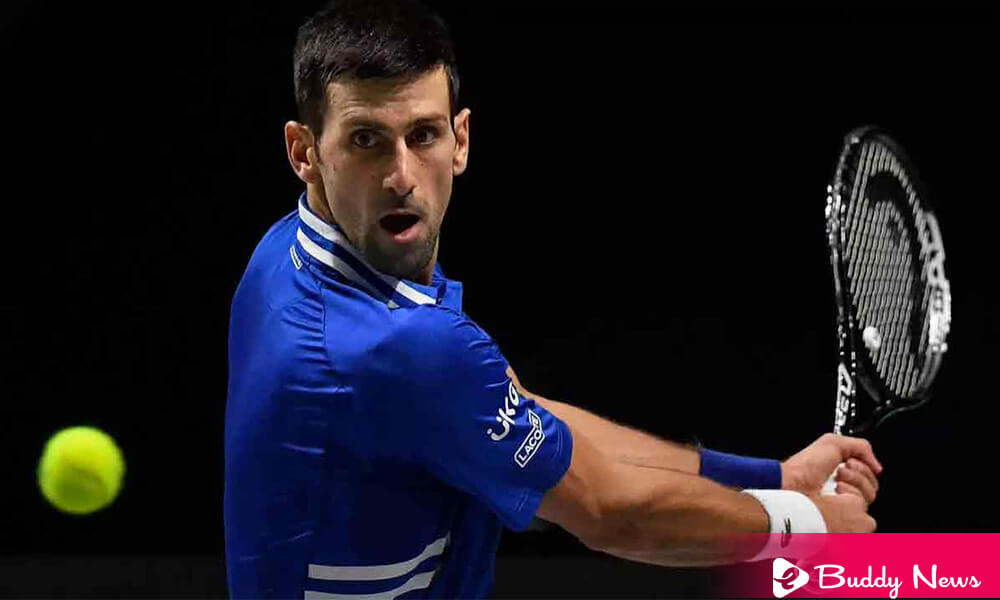 The tennis season began with tournaments in preparation for one of the most important competitions of the year: the Australian Open. However, this time, the first Grand Slam of the calendar figures are more for its controversies than for the attractiveness of being a championship of the highest level.

After confirming that Novak Djokovic would finally participate despite not being vaccinated against the coronavirus, all eyes fell on the organization. The world’s number one, Novak Djokovic received a medical exemption to enter the oceanic country, not allowing infected or uninoculated civilians to enter the territory. For these reasons, Australian citizens abroad were unable to return to their nation. Authorities denied their requests for a special permit.

The Serbian, Novak Djokovic said that he would attend the tournament that would take place in Melbourne. Through his post on his personal Instagram account, he did so to have a fantastic moment for him to spare for his loved ones during the holidays. And today, he is heading to Australia with an exemption permit.

In this way, ‘Nole’ hinted that he had not yet received any vaccine against Covid-19, the fact that he wanted to keep confidential and which he never publicly denied or affirmed. He had even questioned his presence due to the restrictions of the Australian government, which required that only players with the full immunization schedule or a special qualification could compete.

This situation of Djokovic refuses the words that Prime Minister Scott Morrison had expressed that he confirmed. There would not be any favored treatment for any tennis player to enter Australia.

Tennis Australia, the country’s leading sports body, claimed in a statement that the decision is the result of a lengthy process. Tournament director Craig Tiley assured that established fair and independent protocols to evaluate medical exemptions to ensure the health safety of the event.

Two autonomous medical institutions were part of the resolution: specialists in immunology, diseases, infections, and general medicine, while the other is a group of experts selected by the government.

In the sporting aspect, if he wins the Grand Slam that will take place in Melbourne between January 17 and 30, Novak Djokovic will surpass the mark of Rafael Nadal and Roger Federer. Thus he will become the top winner of this type of tournament. Britain’s Jamie Murray and his team captain Liam Broady questioned the decision to exempt Djokovic. Murray said that he thinks if he were the one who wasn’t vaccinated, he wouldn’t get an exemption.

Djokovic And The Coronavirus, A History Of Controversies

He had slipped in the transmission of his social networks in April 2020 that he is against vaccination. And he would not like someone to force me to be vaccinated to be able to travel. After receiving criticism, he softened his speech, said he kept “an open mind” and would not refer to the matter further.

However, he later organized a friendly contest in Belgrade called ‘Adria Tour’ where he did not respect the basic infection prevention rules. The event’s suspension resulted from an outbreak of positive cases in the players and the public, including him and his wife.

The controversy escalated after the oceanic country granted Novak Djokovic a medical exemption for a non-vaccinated player to participate in the Australian Open. It brought up the case of Russian Natalia Vikhlyantseva.

The 24-year-old tennis player’s rank is 195 in the world. The Authorities confirmed the ranking in the last days of December. Even though she has a good sporting level, they classified and ranked her at 195. She would not be part of the first Grand Slam of the year due to the vaccination of Sputnik V. The Australian health authorities do not recognize this vaccine as valid.

Unfortunately, she explained that she would not participate in the Australian Open this year on her Twitter account. She is very happy with the level of tennis that he showed in the previous tournaments. She wants to play in Australia, but they have not verified Sputnik.

She added in her message that she wished to all the participants and the AO team, who always did incredible events. Vikhlyantseva’s case is used on social media to show the disparity of criteria of ocean organizers.