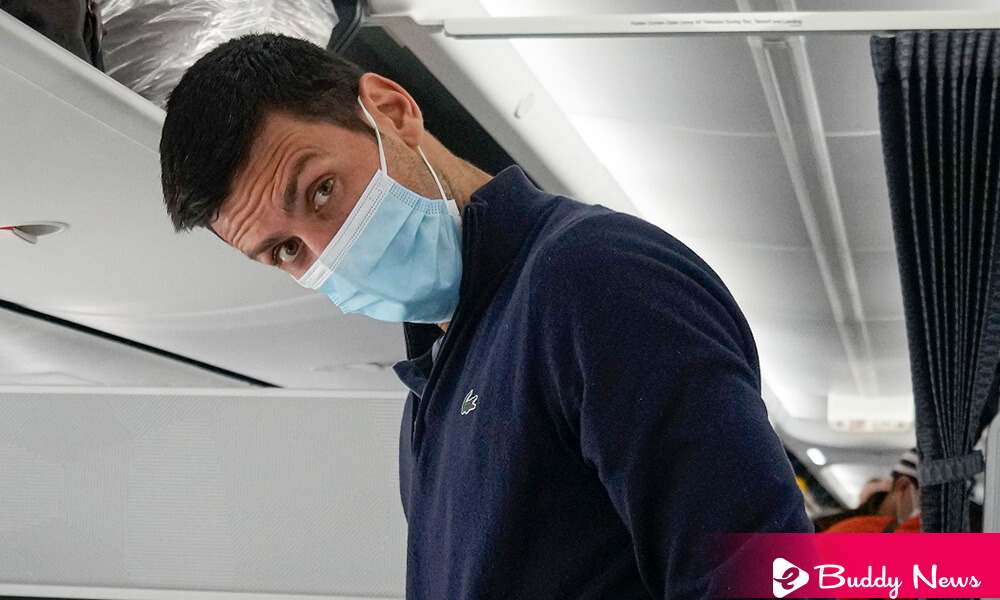 Novak Djokovic is the famous and number one tennis player in the world. Novak Djokovic returned to Belgrade amid great expectations. After losing a legal battle, he got expulsion from Australia because of his non-vaccination expectations.

The news agency reported that People Serbia considered the 34-year-old athlete a hero. Novak Djokovic made a break in his journey on his way back from Australia, and he returned from Dubai to Belgrade.

Djokovic aspired to defend his Australian Open champion title and became the first tennis player in history to add 21 Grand Slams. After eleven days of sporting, judicial and diplomatic controversy, he returned home to oppose his vaccination against the covid.

It must remember that the Serbian tennis player traveled to Australia with a special permit without due vaccination even though the immigration law of that country required it.

The authorities of Australia revoked his visa ten days after his arrival. He appeared several times before the country’s justice, besides his stay of several days in a hotel for asylum seekers. His family described it as inhumane.

Ivica Dacic, the president of the Serbian Parliament, declared that the decision of Australia to revoke the visa of the Serbian tennis player is the victory of politics. Over the sport. He assured that Djokovic’s treatment was humiliating and disgusting. He recalled that Djokovic had traveled to Australia on a medical exemption.

Objectively, the internal political struggle in Australia was the basis of it. Dacic said that It was a very wrong act of the Australian authorities, noting that Djokovic also holds a Serbian diplomatic passport.

A general opinion in Serbia is that Djokovic has been a ‘scapegoat’ in political struggles in Australia along with this year’s elections. Dacic said that the tennis player is an icon in his country but that no one treats him as an anti-vaccine leader.

Serbia topped the vaccination rates in Europe at the beginning of 2021. However, it now has less than half (47%) of its population vaccinated with the full schedule.

Djokovic declared that he would not like to force vaccination against the coronavirus to travel the world and later defended freedom of choice. He raised controversy when the pandemic began in 2020. However, he stopped short of actively advocating against the vaccine.

The Serbian press describes the expulsion of Djokovic, who won the Australian Open nine times, as the sports scandal of the century.