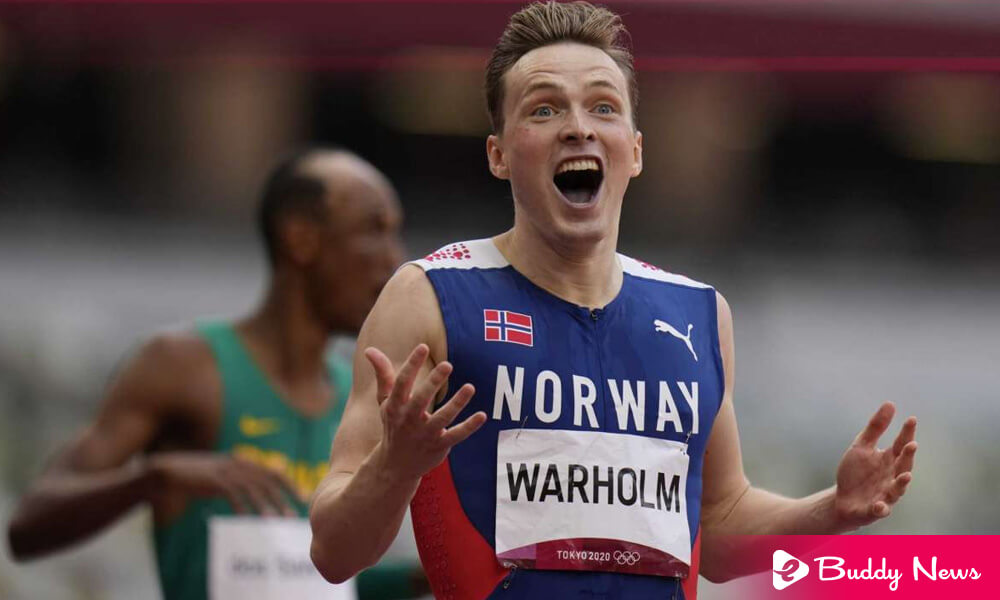 The 32 degrees of Tokyo did not stop Norwegian Karsten Warholm breaks his world record (46.70 to 45.94) in the 400m hurdles and taking the gold medal at Tokyo Olympics 2020. The American Ray Benjamin finished second with 46.17. He took the silver medal, while the bronze went to Alison dos Santos, from Brazil, who broke her South American record with 46.72.

It was a race where speed reigned and where Norwegian Karsten himself continues to outperform himself every day and always have a desire to breaks world record. Upon arrival, he looked at his watch and could not believe the time he had achieved. He grabbed his head and tore his shirt off in a wild party.

The 25-year-old Norwegian is a double world champion (2017 and 2019) and multiple European golds. And not only that, he is someone who also has the world record of the specialty: the 4670 that he had performed on July 1 at the National Stadium in Oslo made him a legend. Almost 29 years later, he was able to break the oldest world record in men’s athletics races, Kevin Young’s 4678, in the Barcelona 92 ​​Olympic final.

In Tokyo, it was time for Norwegian Karsten Warholm to add Olympic gold to his remarkable sporting history. Focused on not wasting a second, he came out with the aggressiveness and conviction it takes to be a true champion. He attacked every obstacle with his left leg and thus achieved a perfect execution.

Although he always likes to run in outer lanes, in the 7 or 8 because he always says it is “where the magic happens.” However, to his surprise, in the Olympic final, he did so in lane 6.

Norwegian Karsten is that boy who is clear that he does athletics to give a show. Either he wins or loses, but he will always give his all when he arrived in Tokyo. He promised that he is here to take on the greats and give them a hard time. Today it ratified its hegemony.