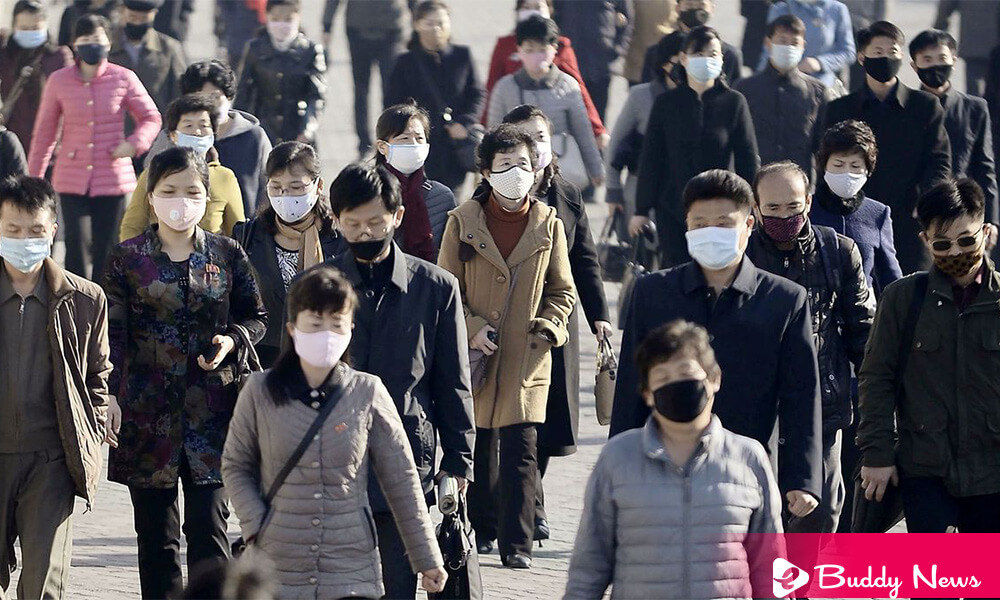 North Korea reports ’21 new deaths and 174,440 more people’ with fever symptoms of Covid-19. The country struggles to curb the spread of COVID-19 among its unvaccinated population.

The new deaths and cases from Friday brought the total number to 27 deaths and 524,440 illnesses amid a ‘rapid spread of the fever’ since late April. North Korea said 243,630 people had recovered from Covid, and 280,810 remained in quarantine. State media did not specify how many confirmed fever cases and deaths as COVID-19 infections.

The country imposed what it described as full preventive measures after confirming its first cases of COVID-19 since the pandemic. For more than two years, he had previously upheld a widely disputed claim of a perfect record that warded off the virus that has spread to almost every corner of the world.

During a meeting on anti-virus strategies, North Korean leader Kim Jong-un described the outbreak as a major upheaval in history. And he called for unity between the government and the people to stabilize the outbreak as quickly as possible.

During the meeting, the officials mainly discussed ways to distribute medical supplies quickly that the country has released from its emergency stockpiles. In a report submitted to Politburo, the North’s emergency epidemic office attributed most deaths to mistakes such as excessive drug use without scientific medical treatment.

Six people have died, and the doctors have treated 350,000 for a fever that has spread explosively in North Korea, state media say. Authorities confirmed that one of the six people who died got confirmation of infection with the Omicron variant of the coronavirus.

Kim said he was donating some of his private drug supplies to help the anti-virus campaign. He expressed optimism that the country could control the outbreak, saying most transmissions occur within communities isolated from each other and do not spread from the region.

He called on officials to learn lessons from other nations’ successful responses to the pandemic, choosing an example in China, the main ally of the North.

However, China has been facing pressure to change its so-called “zero-COVID” strategy. The incidence of the strategy has brought major cities to a standstill as it struggles to rein in the fast-moving omicron variant.

North Korea, since Thursday, has imposed stricter preventive measures. They aimed at restricting the movement of people and supplies between cities and counties. H0wever, state media descriptions of the steps indicate confinement of people to their homes is not there.

Experts say the failure to control the spread of COVID-19 could have devastating consequences in North Korea. It was so because of the country’s poor health care system and its 26 million people largely unvaccinated.

The authorities collected samples of the virus through tests on Sunday from an unspecified number of people with a fever in the country’s capital. The state media stated that Pyongyang confirmed their infection with the Omicron variant. However, the country has officially confirmed one death related to an Omicron infection.