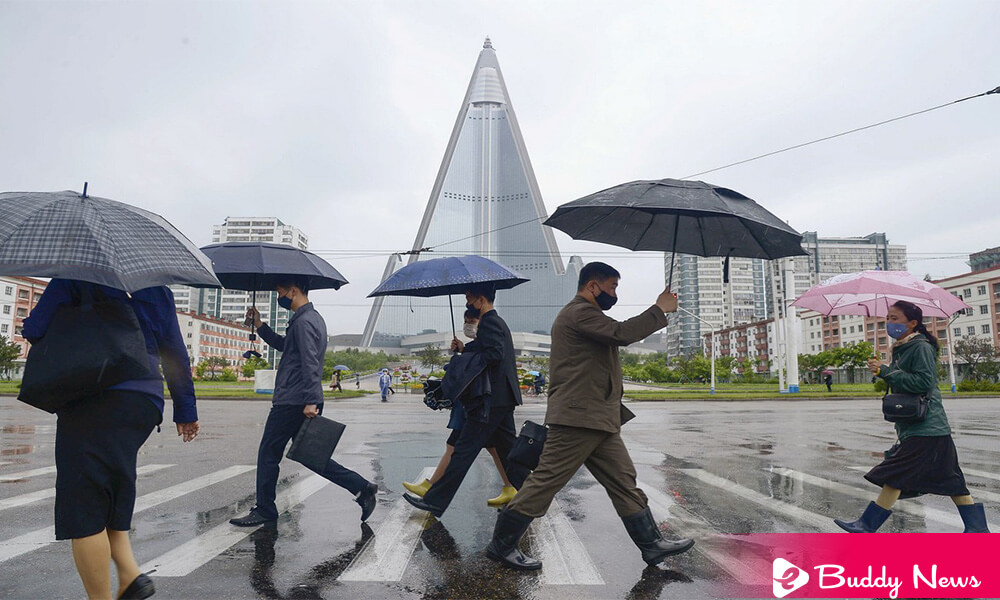 State media reported that North Korean leader Kim Jong-Un orders to impose a nationwide strict lockdown after confirming the first outbreak of covid-19 on North Korea since the pandemic.

Kim called on all cities and municipalities to carefully confine their areas. Factories, businesses, and homes must be closed and reorganized to block the spread of the malicious virus immaculately.

The impoverished, nuclear-armed nation had not admitted any coronavirus cases. It had imposed a strict foreign blockade since the beginning of 2020 that sank its economy and trade.

But samples taken from several ill patients with fever in Pyongyang on Sunday were consistent with the highly contagious omicron variant of the coronavirus.

Given this, North Korean leader Kim Jong Un called an emergency meeting of his political bureau and announced the deployment of a maximum emergency virus control system. Also, he orders to impose a strict lockdown in North Korea after noting an official first Covid case.

Kim said at that meeting that the goal was to remove the root in the shortest time possible. He assured us that due to the population’s high level of political awareness, they would safely overcome the emergency and succeed with the emergency quarantine plan.

Kim ordered to strengthen border controls and apply confinement measures. He requested his citizens to completely contain the spread of the malicious virus, carefully blocking his area in all cities and counties.

Up To Now, No Vaccination

Experts believe North Korea has not vaccinated any of its 25 million people after rejecting offers of doses from the World Health Organization, China, and Russia.

Analysts believe the failing health system of the isolated country would struggle to cope with a major Covid-19 outbreak.

Countries around North Korea have faced or are still facing major outbreaks of the omicron variant. Also, countries like South Korea and China, where many cities have been under strict lockdown for weeks.

Multiple sources have heard reports of panic buying due to the uncertainty of when the lockdown will end.

North Korea prided itself on keeping the virus out of its borders throughout the pandemic. Kim effusively thanked citizens and the military at a military parade in 2020.

According to the World Health Organization, from January 3, 2020, to May 11 of this year, there was no confirmed infection or death from covid-19 in the country.

Although state media have reported epidemic prevention measures, at a large military parade last month in the capital, none of the thousands of attendees wore masks.

The outbreak could slow the acceleration of the country’s weapons program, which has conducted a fortnight of projectile tests so far this year, including an intercontinental ballistic missile.