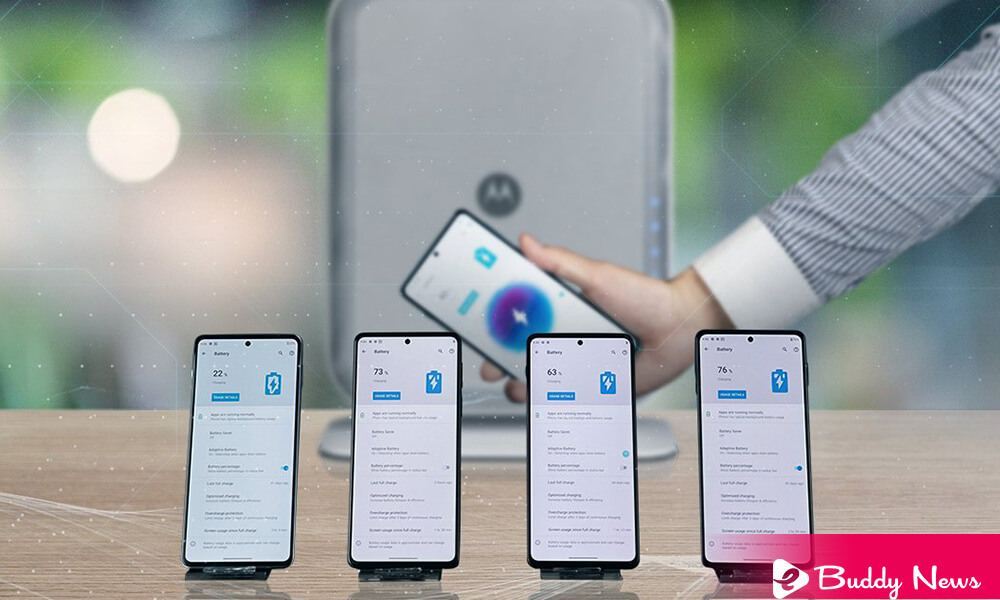 Motorola’s wireless charging space is one step closer, so the brand announced its Chinese social networks. As reported in advance, the charge will revive up to four devices simultaneously as long as they are within a range of three meters from the charger. The team would have 1,600 antennas, and its coverage would be 100º; this load would have no barriers.

With wireless charging, we gain convenience when it comes to refilling the phone with energy. However, we still need the charger to be attached to the phone. Besides that, you have to remember to recharge it, of course. With a wide room for improvement, this wireless charging will evolve to draw energy directly from the air: being close to a wireless charger will bring your phone to life. Motorola assures that this future is near.

It is not the first time Motorola has advanced its truly wireless charging. Since the brand offered some details of its operation a few months ago, as the company communicated on Weibo, it would have advanced both the devices and the technology. The features could transform the way we recharge our phones, If true.

Wireless space charging, the technology Motorola calls “air-to-air,” transfers energy from the emitter to the receiving devices, telephones in this case. Equipment that has such a charge implemented will recharge if they are within three meters of the charger. A coverage of 100º around it, always according to Motorola, This one offers.

Motorola has refined the power emitter by equipping the device with 1,600 strategically placed antennas to reach the receivers. The brand assures that four mobiles can be charged simultaneously with a device but not specify the charging power. It does ensure that the emitter constantly scans the environment to detect the physical presence and prevent the energy from directly impacting people. The technology is 100% secure, according to Motorola.

As well as some security concerns, Space wireless charging technology offers great appeal. With it, we could recharge the phone just by entering the transmitter’s range and coverage area, leaving the mobile on a surface and carrying it; this would depend on biological detection. Although it does not seem to arrive early, Motorola still does not give dates, and we will have to wait.