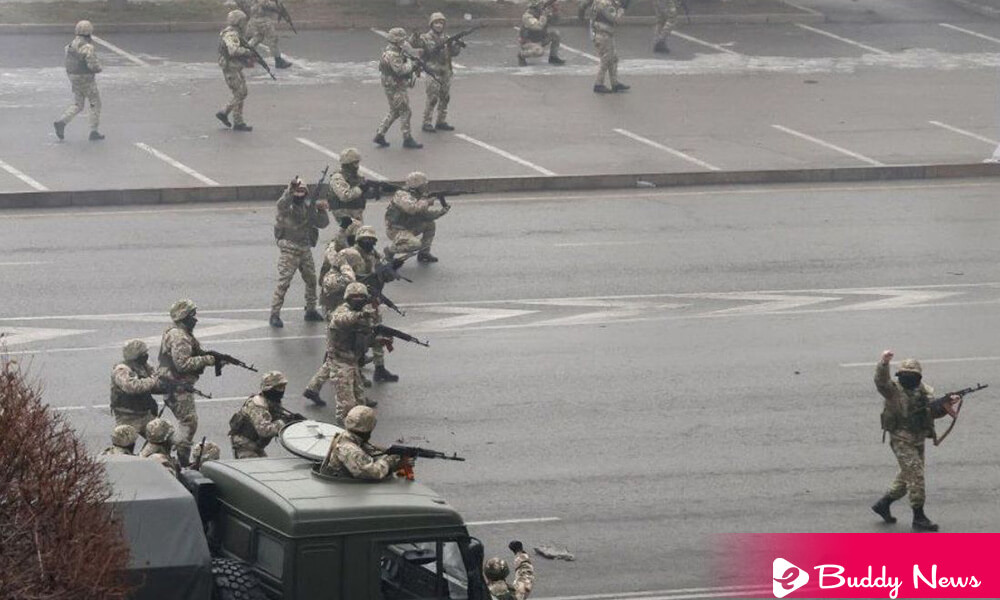 Enforcing orders has been expensive in Kazakhstan. The Health Ministry now says 164 people have lost their lives and arrested more than 5,000 people during protest in Kazakhstan. Only in the city of Almaty registered more than 100 deaths. The leaders of Kazakh say that they controlled the situation all over the country after the deadliest outbreak of violence.

Troops of the CSTO, a Russian-led military alliance, guard military, are state and socially important facilities in Almaty and the surrounding areas.

The mobilization began in the provinces due to gas prices. It spread to large cities, especially Almaty, the economic capital, where riots broke out. The police fired live fire at the protesters. According to the Presidency’s press office, officials opened more than 120 criminal cases connected to the recent violent riots. Police of Kazakhstan arrested 5,100 people who are in protest to date in the wake of the clashes.

A total of 500 citizens of Russia evacuated from the city of Almaty on Russian military transport planes, the Foreign Ministry reported. The spokeswoman for the Russian Foreign Ministry, Maria Zakharova, had notified 1,600 requests from Russian citizens to leave Kazakhstan.

The revolts have carved a wedge in the ruling elite. Kazakh President Kasim-Yomart Tokaev will make changes to the government on Tuesday, January 11, announced the president’s spokesman, Berik Uali. The president struggles to consolidate his authority after firing key figures in the regime. He has taken from former President Nursultan Nazarbayev his powerful role as head of the Security Council. This watchtower remained after almost three decades in power.

According to his spokesman, Aidos Ukibay, many false rumors and provocative comments regarding the first president are spread in the media and on social networks in an attempt to weaken the political situation and undermine the bases Constitutional State. In his environment, they assure that Nazarbayev voluntarily yielded the leadership of the National Security Council. The situation was very complicated, so the nation’s leader decided to hand over the leadership of the Security Council to the president, aware that the government required an operational and drastic response to the riots and terror. The former president added his spokesman, currently remains in the Kazakh capital, christened Nur-Sultan in his honor in 2019, and supports the current president.

Military groups have deployed on the main exit routes from the former capital of Kazakhstan, Almaty, to prevent the escape of armed radicals, according to television channel. At the 13 checkpoints installed on the outskirts of Almaty, the military is inspecting the vehicles and the identity of their occupants and detaining the suspects, reports the Russian agency, Sputnik.

The Kazakh leader promised to present a reform plan in response to the demands of the peaceful protesters. But on January 7, President Tokayev gave the security forces the order to shoot to kill violent radicals who were reluctant to lay down their arms.

At this time in Almaty, comparative peace seems to have returned. And to prevent people from approaching the city’s central square, fired a few shots in the air by police.