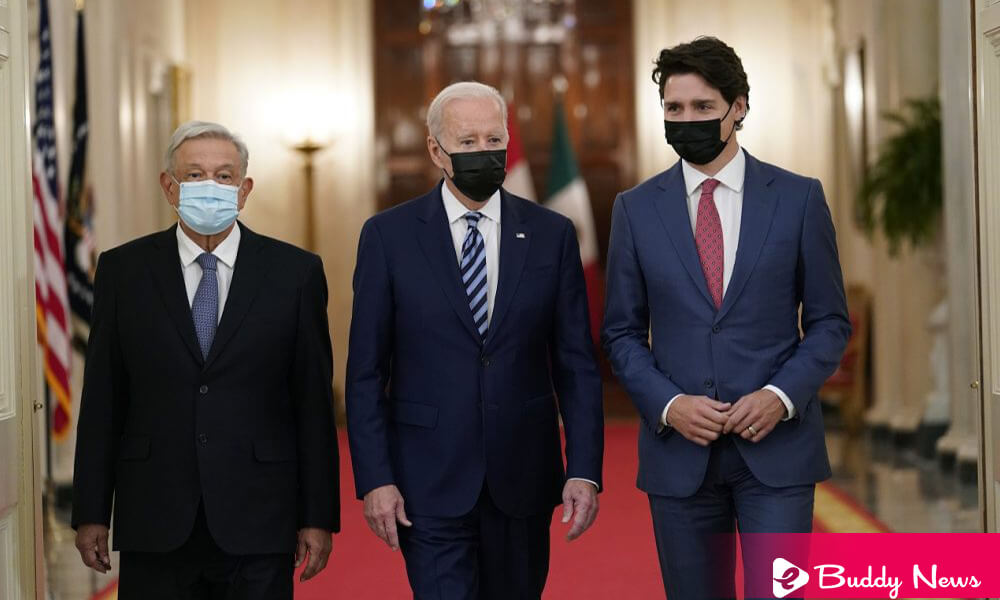 Including Mexico, with 25 countries with a developed automotive industry, sent a document to the United States Congress. They expressed their concern about the tax credits policy to encourage the purchase of electric cars that US President Joe Biden intends to promote. According to the Mexican Senate commission that Mexico saying Biden did, which is in charge of ensuring compliance with the T-MEC, the initiative could include violation of the agreement regulations of the pact mentioned above.

The automotive industry, a sensitive sector in the past negotiations for the modernization of the old NAFTA to give way to the T-MEC (Agreement between Mexico, the United States, and Canada), is once again a point of contention, this time due to the president’s green proposal Joe Biden.

To do this, the head of the White House has had a program of 1.75 trillion dollars aimed at social spending, including resources to mitigate the effects of climate change.

Among his proposals, he highlights the establishment of substantial consumer rebates and tax credits to reduce the costs of middle-class families. It will switch to clean energy and electrification, which, among other things, estimates a tax credit for electric vehicles.

The proposal says that this could reduce the manufacturing cost of an electric vehicle in the United States, with American materials and union labor, by $ 12,500 for a middle-class family.

But some vehicle manufacturing countries questioned the initiative. The statement issued on November 2 says that instead of being an optimal way to protect the environment, this type of practice discriminates against foreign automotive producers. And also that acts to the disadvantage of the international commercial commitments acquired by the United States.

But, to avoid new commercial confrontation, the signatories express reconsidering the adoption of this legislation with the letter. An alternative way for reconsidering is to accelerate the adoption of electric vehicles, which does not use incentives that result in discrimination against any country or producer.

That statement adds to the shown concern on October 29 by the Mexican Ministry of Economics. A statement signed by the head Tatiana Clouthier considered the initiative contrary to what they agreed in the T-MEC.

Mexico Saying Biden Did Violation Of The Agreement Between Mexico, The United States, And Canada

According to the T-MEC Implementation Follow-up Commission (Cesitmec), the automotive industry is one of the pillars of integration between North American countries to establish strong value chains. Additionally, it also adds that in 2020 interregional exports exceeded 200,000 million dollars.

However, and despite recognizing that the initiative seeks to support the actions of the Biden Administration against climate change. It does not rule out that it contradicts the chapters established in the T-MEC.

The regional value content to which it refers establishes that a vehicle to be considered starting in the region and does not pay tariffs must comply with a VCR of 75% as of 2023. From the entry into In force of the agreement, cars must comply with 66% in July 2020, then it increased to 69% in January 2021, and it will reach 72% by 2022.

The situation arises amid a dispute between Mexico and the United States to interpret the rules of origin. According to the Mexican business and economics newspaper, Mexico would be able to request the initiation of a resolution panel of controversies.

Against this background, Mexican media and that cite lawyers specialized in the matter do not rule out establishing a new consultation to avoid a new commercial confrontation.