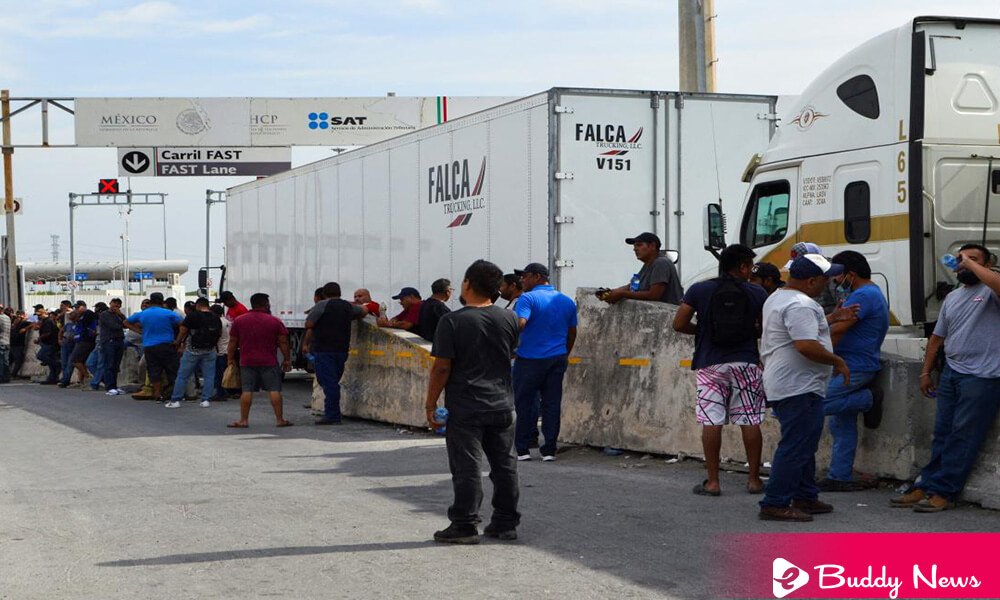 The delays caused by the security border inspections imposed by the governor of Texas, Greg Abbott, at the border ports of entry have caused protest from Mexican truckers in Mexico and The US. They bring agricultural products and an urgent call of the marketers of that merchandise in the United States to modify the measure.

Abbott announced last week that state officials would inspect, after passing federal inspection at ports of entry, all commercial traffic from Mexico to Texas.

The above measure has caused ‘waiting times’ for trucks loaded with agricultural products arriving at the border to extend to more than 30 hours in some cases.

The news portal Border Report reported that the Pharr International Bridge connects to the Mexican city of Reynosa. It is the main bridge for importing agricultural products to the United States. It has closed due to Mexican truckers blocking access to the road between Mexico and the US in protest at the inspections.

Hinojosa, vice chairman of the Texas Senate Finance Committee, said the Pharr Bridge typically processed 3,000 trucks daily. Since inspections began last Thursday, only about 300 trucks had made it across a day.

The president and director of the International Association of Distributors of Agricultural Products of Texas (TIPA), Dante Galeazzi, explained to the specialized media. The media shows that the situation seriously impacts the movement of fresh products from Mexico to the United States Joined.

He indicated that seven bridges over the Rio Grande border allow the passage of agricultural products. The two with the highest traffic experienced the longest delays during the weekend, with lines of trucks stretching for miles waiting to enter the United States.

Galeazzi assured that the reinforced inspections had nothing to do with the declaration of Abbott’s objective. It stops the flow of migrants or contraband since the trucks are subject to inspection by various federal agencies at the border.

He said that they implore you to modify the deployment of this action in light of the drastic impacts on the movement of commerce. The business leader also provoked the Republican governor to work with the Department of Homeland Security to develop a more effective process. Their urges meet the nation’s need for security and balance it with our reliance on efficient commerce.

Abbott threatened to send immigrants detained in buses to Washington DC. Among the provisions taken in response to the decision of the Joe Biden government to lift the health regulations that allowed the expulsion of undocumented immigrants due to the covid-19 pandemic, it happened.

He said in a statement that the governor, known for his ultra-conservative positions, assured that the buses would leave the migrants on the steps of the Capitol in the US capital. The Biden Administration would be able to attend to their needs immediately.

Abbott, running for reelection as governor of Texas, said that Biden had applied an open door policy at the border that has administered unprecedented border crossings.