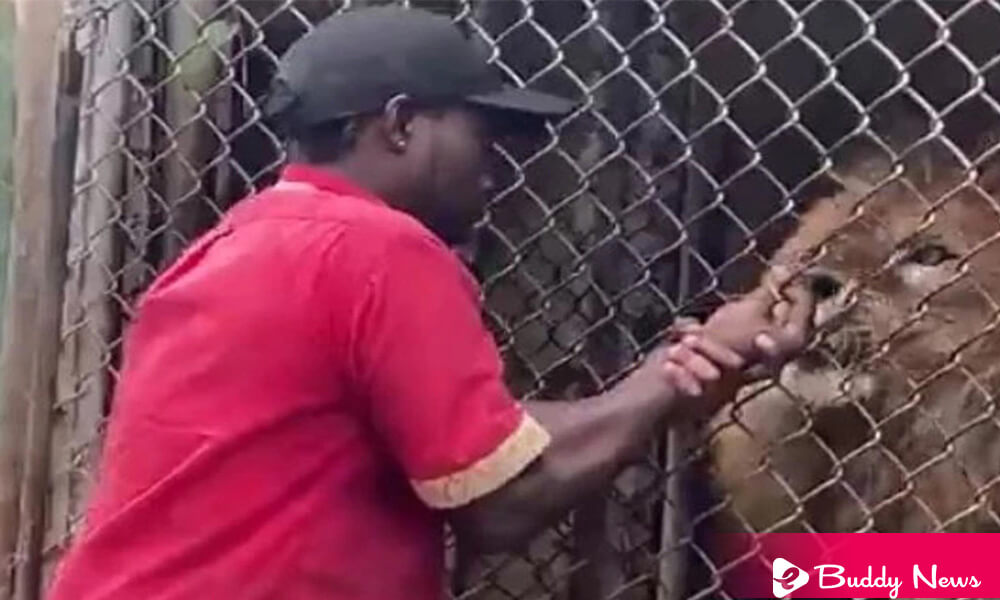 The video of how a lion in the Jamaican zoo rips off the finger of one of the keepers has already gone viral on social networks.

According to preliminary reports, the keeper of the Jamaican zoo apparently disturbed the lion behind the cage.

The circulated images show how the keeper of the Jamaican zoo was trying to play with the lion as if it were a cat.

The movements apparently disturbed the lion, who began to be aggressive, an attitude that the man decided to ignore. At the same time, the spectators murmured in amazement at the caretaker’s attitude.

The shocking moment happened that a zookeeper is, apparently from Jamaica, had ripped off his finger a lion in a zoo recorded in the video and has already turned on social networks.

And it is that, as can be seen in the viral video with more than 3 million views. The caretaker did not stop bothering the lion, who was already quite upset at the insistence of the caretaker, who was in front of several spectators.

However, from one moment to another, the lion seems to despair and reach the limit of his patience.

So, when the keeper passes his hands between the feline’s snout, it presses one of the fingers of the zookeeper in Jamaica between his jaws.

The video shows how the keeper tries to struggle and remove his finger from between the zookeeper’s teeth without success. After struggling for a few moments, the cat ended up ripping his finger off.

The strength of the grip is that when the zookeeper manages to free himself from the lion’s grip. The zookeeper ends up falling but without his finger.

Unsurprisingly, visitors to the Jamaica Zoo were screaming in horror after witnessing one of the keepers’ finger be ripped off by the lion.