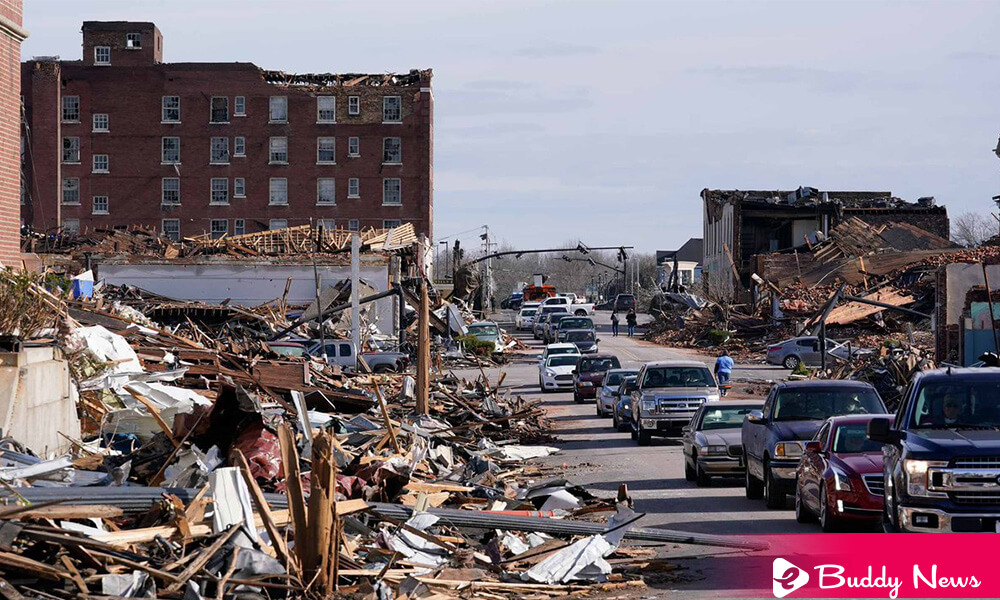 Andy Beshear, the Kentucky Governor, has warned that he expects more than a hundred deaths due to tornadoes. However, at the moment, the official death toll is at 70.

Andy Beshear told to media that this had been the deadliest tornado we have ever had. Also, he said that he thinks it will be the most continuous wave. It will also be a deadly wave of tornadoes in the history of the United States.

Let us see the reason why Kentucky Governor Andy Beshear expects more than a hundred deaths on this tornadoes. The incident revealed that one of the tornadoes traveled more than 365 kilometers. Of which more than 320 corresponded to the state of Kentucky. Strong winds have caused significant damage, and thousands of people are without power.

The governor also referred to the Mayfield candle factory, an industrial warehouse where about 110 people worked when the tornado struck and destroyed. Beshear explained that they had rescued about 40 people, but no more rescues may be alive.

He explained that he does not give assuring for more rescues, but he is praying for that. It would not be an incredibly welcome miracle, but we cannot locate any person alive.

The U.S. Storm Prediction Center confirmed that Arkansas, Illinois, Kentucky, Missouri, and Tennessee struck at least 24 tornadoes in these five states. Also, they predicted that the storms would continue through the week as the system shifts toward the east, from northern Louisiana to southern Ohio.