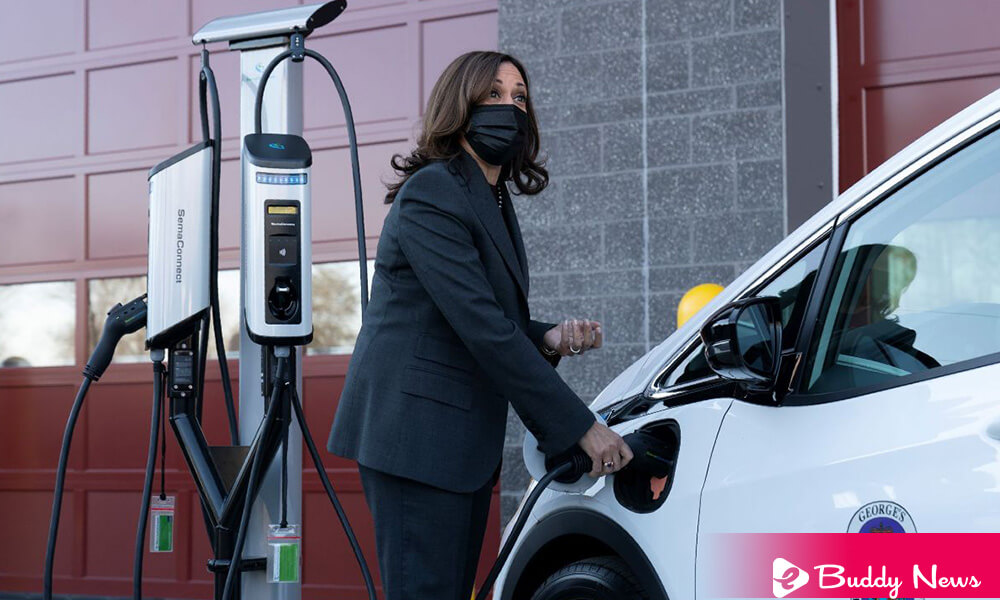 The Biden administration launched a federal strategy to lower the cost of electric cars. It includes 500,000 new charging stations, electric highways, and the supply of domestic batteries. Kamala Harris revealed Biden plan about the electric vehicle charging system and also explained how it works.

Vice President Kamala Harris after revealed Biden plan, she visited an electric vehicle charging facility in suburban Maryland said that the future of transportation in our nation and worldwide is electric.

Biden’s $ 2 trillion environmental and social policy bill is now pending in the Senate. The bill includes a $ 7,500 tax credit to reduce the cost of electric vehicles.

What Are The Expensive Electric Vehicle Batteries?

The plan also hopes to promote domestic sourcing and recycling of critical minerals which are environmentally responsible. To illustrate this, For example, lithium is a crucial component of batteries, but the United States has low domestic supply levels.

Biden’s strategy will involve an expansion of the lithium supply through the approval of mining permits. According to the White House, automakers sign contracts that tap into national supply. From a project, Tesla sourcing lithium in North Carolina, Ford sourcing recycled lithium from a company in Nevada and GM mining from California’s Salton Sea.

Kamala Harris visited a maintenance facility in Brandywine, outside of Washington. He demonstrated there as to how the chargers work.

When a local worker demonstrated the charger, Harris exclaimed no sound and no smoke. and asked how would know it was working.

The worker told us that we could see a green flash when fully charged the car.

The White House stated the accelerated adoption of electric vehicles for personal cars and commercial fleets. He added that it would help achieve the goal of Biden’s net-zero greenhouse gas emissions by 2050. It would also create thousands of jobs for people.

What Happens If I Lose Power? Increase In ‘Alternative Fuel Corridors’

The Biden administration hopes to designate more roads as corridors to make them ready for electric vehicles. It means that electric vehicle charging stations are 50 miles away and no more than 5 miles from the highway.

Biden has set a sales goal up to 2030. He has set the goal for electric cars and trucks, intending to account for half of the new vehicles.

Consulting firm LMC Automotive expects to nearly double the last year’s figure for US sales of all new electric vehicles to reach 400,000 this year. Electric vehicles yet account for only about 2.6% of sales. Still, the firm expects sales to rise to more than 730,000 next year, increasing more than 2 million by 2025.

Republicans have criticized Biden for being concerned about electric vehicle technology. They include those who voted in favor of the infrastructure bill. Because on the other side, Americans struggle with rising gasoline and natural gas prices.

Biden ordered last month the release of a record 50 million barrels of oil from America’s strategic reserve in coordination with other major energy-consuming nations. Gas prices have fallen as fears grow of another possible economic slump amid the coronavirus pandemic in recent weeks.

According to the American Automobile Association, average prices on Sunday were $ 3.33 a gallon, about 7 cents less than at the end of last month.