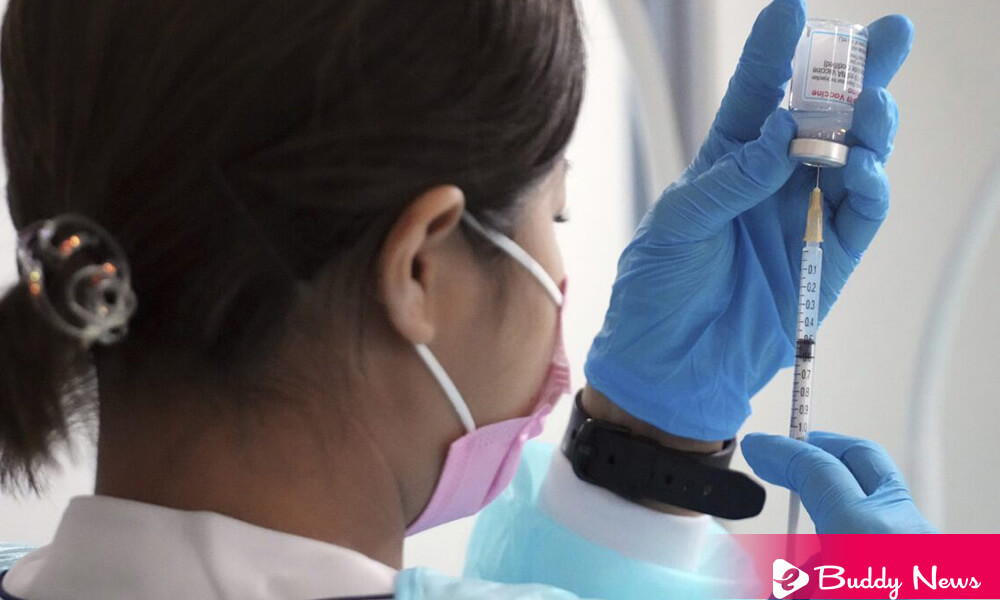 The Government of Japan decided to holds nearly 1.63 million anticovid vaccines manufactured by the Modern pharmaceutical company. And it was produced in Spain as a preventive measure after found abnormal substances in some of the vials.

Recently this decision was announced by the Japanese Ministry of Health and by the Takeda pharmaceutical company. Responsible for the distribution and sale of Moderna’s vaccine on the archipelago. After the anomalies in the archipelago after the aberrations detected in the vaccine containers.

Japanese Ministry of Health Spokesman confirmed to the press that their authorities blocked the 1.63 million doses belonging to three batches produced in a plant affiliated with Moderna in Spain.

As reported in a Takeda pharmaceutical company statement, they found abnormal substances in some bottles. It belongs to one of the three blocked batches and is using in vaccination centers in Japan around.

According to the discovery, the authorities of Japan decided to suspend the use of the three batches produced simultaneously. And also same in the Spanish plant as their precaution. Furthermore, without it possible to confirm how many bottles presented contamination or the risk they could represent for the health.

Katsunobu Kato, the Minister spokesman for the Executive, said that there had been no reported case related to secondary effects at a press conference.

The spokesperson also said that Moderna, an American pharmaceutical company, is investigating details about the presence of abnormal substances in the vials and their possible causes.

Although through official channels, it has not transpired what type of unnatural substances it is about it. The Japanese media is only speaking of the remaining materials that could come from the containers used for the doses of the vaccines.

The Japanese government insists that it is working to withdraw the vaccines without affecting the vaccination campaign. Which is in Japan is progressing at a slower rate than in other developed countries.

Various companies collaborate in the campaign by organizing the vaccination of their employees, such as the ANA airline, the NEC technology company, or the Tokyo Metro transport company. However, the company forcefully to suspended its drug administration today because they had the affected batches.

The problem with Moderna vaccine batches that add to Japan’s supply is difficulties with Pfizer vaccines. The other vaccines are uses in its national vaccination campaign. It comes when the country is facing the fourth and worst wave of infections to date.

The pharmaceutical company Rovi is investigating the possible contamination of the Moderna vaccine manufactured in Spain.

The decision, announced by the Japanese Ministry of Health and the Takeda pharmaceutical company, takes charge of the distribution and sales of Moderna’s vaccine in the sanctuary, affects three batches produced in a Moderna-affiliated plant in Spain.

Rovi has been manufacturing Moderna’s vaccine for the European Union at its Madrid facilities since mid-January, shortly after receiving the go-ahead from the European Medicines Agency (EMA).

Last April, the pharmaceutical company announced the extension of its agreement with Moderna. Besides the packaging and packaging of the vaccine against covid-19. It would also participate in the manufacture of the active principle and its formulation.