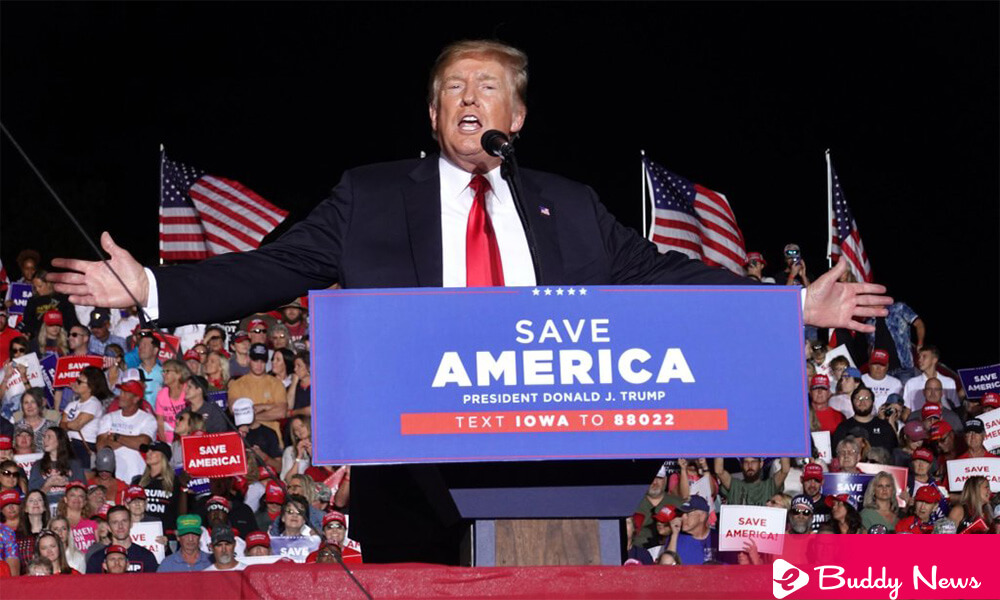 After the 2020 Presidential election, Former President Donald Trump triumphantly returned to Iowa on Saturday for the first time, telling a cheering crowd of supporters that we are going to take America back.

Speaking to thousands at the state fairgrounds in Des Moines, Trump has not announced a bid for 2024. He criticized President Biden and his trillion-dollar infrastructure and spending legislation currently stalled in Congress. Trump is also saying that Democrats are bringing the country to the brink of ruin.

In his ninety-minute speech, Trump emphasized that We are going to get America back many times. From this, we can easily understand what he wants to tell us.

Also, The former president lauded his 2020 victory over Joe Biden in Hawkeye State by a 53 to 45 percent margin.

Trump said in that speech that As disastrous as the Biden administration has been, no one can blame the great state of Iowa because they did everything very well. And he remembered to people how much his government did good things to Iowa state. He expressed his attachment towards the state.

Make America Great Again, Again, Trump shouted in speech as a slogan. It seems he is planning to campaign for the 2024 election.