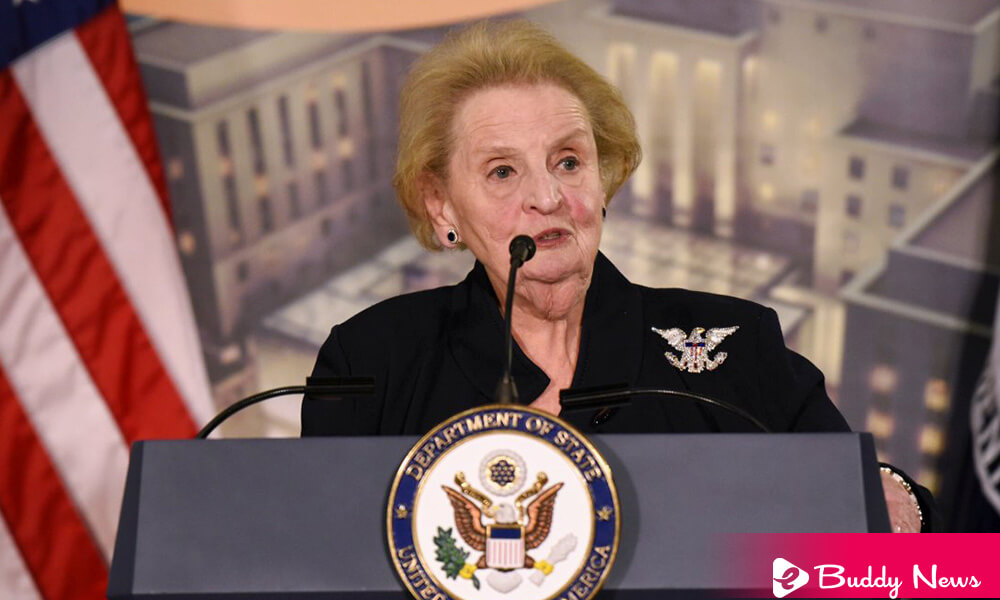 Madeleine Albright, the first woman to hold the US Secretary of State post, dies at the age of 84. Her family said in a statement.

The family of Albright said that they had lost a loving mother, a grandmother, a sister, an aunt, and a friend. Their family explained that Madeleine Albright, who had been the secretary of state from 1997 to 2001, dies of cancer amidst her loved ones. Madeleine had three daughters with the North American press tycoon, Joseph Albright, whom she later divorced, although she kept his last name.

Madeleine Albright was born Marie Jana Korbelova in 1937 in pre-World War II Prague. Further, soon after her father, a diplomat and academic, the whole family went into exile in London.

Once the world war ended, they returned to her country of origin to flee again shortly after with the arrival of communism.

In 1948, at the age of 11, Madeleine arrived in the United States. After studying at the prestigious universities of Wellesley and Columbia, she arrived at the front row of American politics.

She worked for Democratic Senator Edmund Muskie and Zbigniew Brzezinski, national security adviser, during the presidency of Jimmy Carter (1977-1981). She later became a professor at the prestigious Georgetown University in Washington.

With the arrival of Bill Clinton to the White House (1993-2001), he appointed Albright as US Ambassador to the United Nations. The position she held between 1993 and 1997, to later debut as the first woman to lead the State Department.

Madeleine Albright became the face of US diplomacy after the Cold War. As Secretary of State, she advocated the growth of NATO and defended the need to interfere in the Balkan wars. At the same time, she opted to decrease the arsenals of nuclear weapons.

The former Secretary of State was still a professor at Georgetown University and chaired the Albright Stonebridge Group at the time of her death. She found that commanding consulting group and was members of the government of current President Joe Biden had worked.