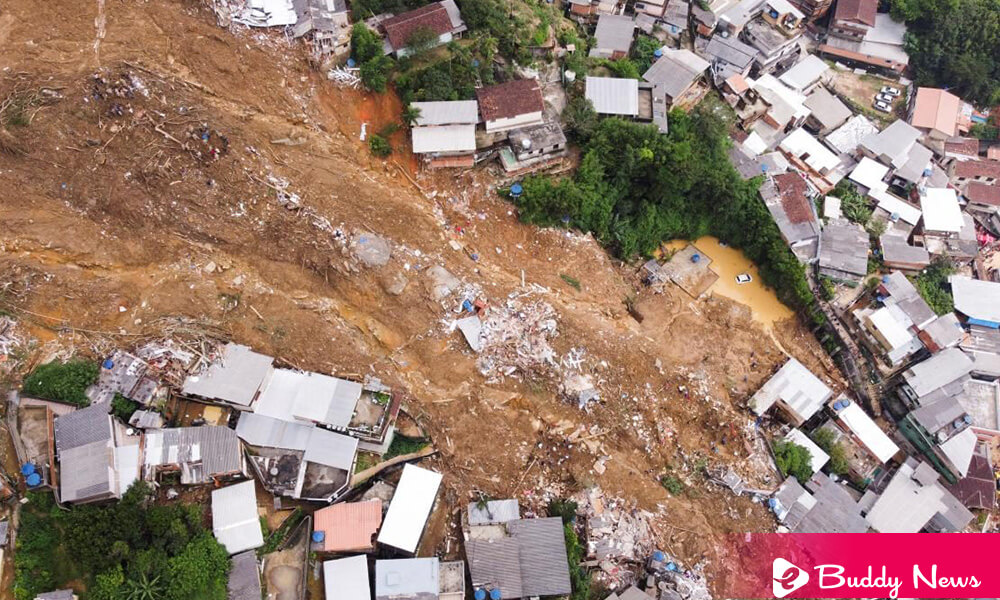 The heavy rains causes floods and landslides that fell in the mountainous region of Petrópolis, near Rio de Janeiro, left large areas overflowing with water. And others with relentless landslides that, for the moment, have left a balance of 104 fatalities. President Jair Bolsonaro, on a diplomatic trip to Russia, assured that the state would immediately support this situation.

The abundant rainfall that fell on Tuesday, February 15, generated a tragedy in Brazil after the death of 104 people. Victims of floods and landslides in the mountainous area of ​​Petrópolis, a city near Rio de Janeiro, were confirmed this Thursday.

An intense deluge of a few hours hit the region, where the equivalent of all of January’s rain fell. Mayor Rubens Bomtempo said it was very likely that the casualties would increase as searchers removed debris and dug.

In dialogue with the Associated Press, one of the neighbors told that the water gushed out, the mud gushed out, we couldn’t do anything. He added that sadly it is an end to our city.

One bar owner admitted he had never seen anything like it. It was like an avalanche, and everything fell at once.

For his part, Governor Claudio Castro announced that he would gather all the heavy machinery of the state government to help clear the buried area. Furthermore, he reported that military personnel already worked in the damaged region.

The fire department explained that they rooted such a disaster because the area received 25.6 centimeters of rain during three hours of Tuesday night, equal to what fell during the previous 30 days.

The inhabitants showed how the ferocious landslide displaced cars and houses through social networks. The ‘Globo’ chain echoed houses completely buried under mud in sections where firefighters had not yet entered. There are also inaccessible streets because cars have blocked them and other elements dragged during the storm and do not allow access to higher parts of the city.

The city council of Petrópolis announced that there would be three days of mourning in memory of the deceased.

Bolsonaro Promises To Support And Immediate Help From The State

Meanwhile, President Jair Bolsonaro – who is in Russia for diplomatic reasons – sent his regrets on Twitter. He wrote on his Twitter that he prayed to God that the Almighty might comfort the victims’ families. He also promised his ministers to provide their immediate support to the victims of floods.

It also hit the Brazilian southeast with heavy rains at the beginning of the year. And record more than 40 deaths between the incidents in the Minas Gerais state in the first days of January and the Sao Paulo state at the end of the month.

Petrópolis is a city located in the mountains. It is traditionally considered a tourist place and an alternative due to its mild temperatures, which have structures almost two centuries ago. However, its old buildings make it prone to heavy rains. For example, in January 2011, this region mourned the death of 900 people due to heavy rainfall.