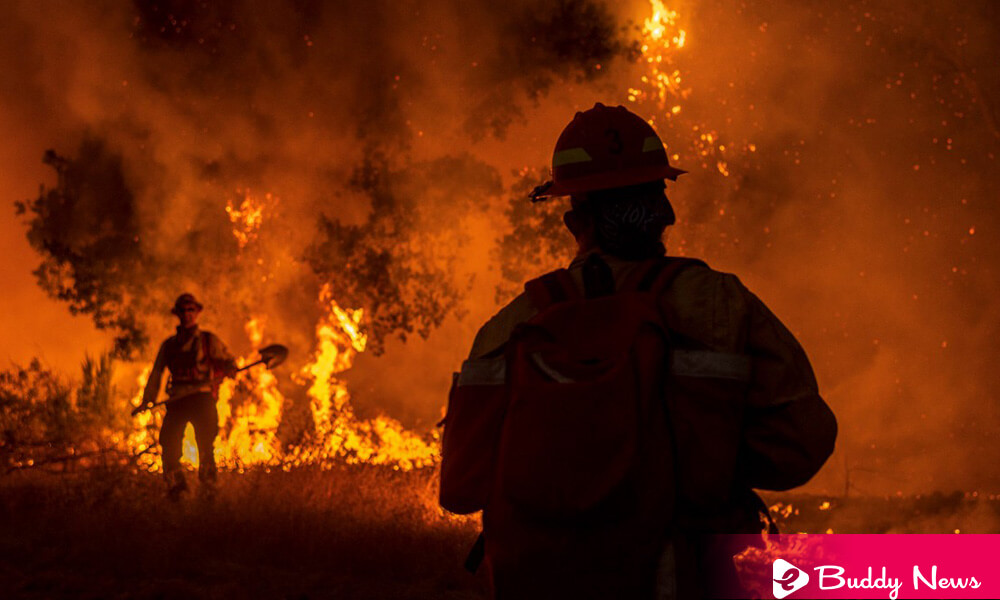 On Sunday, firefighters gained ground against a wildfire that displaced thousands of people and destroyed many more buildings near Shasta Lake in northern California.

The California Department of Forestry and Fire Protection officials reported that due to weaker winds and warmer temperatures. The Fawn fire slowed toward the shores of California’s largest man-made lake. It is away from populated areas north of the city of Redding, allowing crews to increase their containment to 35%.

People think that the wildfire will destroy up to 9,000 buildings; however, the number went down to 2,340 on Sunday.

Light rains are forecast for Monday. With the advantage of calmer weather, fire department officials stated that crews would start to increase control lines near the lake.

On Saturday night at a community meeting, Bret Gouvea, Shasta-Trinity California Fire Department Chief, said they would contain it. And also, she mentioned they would do it this week.

131 homes and buildings may burn in wildfire in Northern California, the initial assessment revealed, according to the California Fire Department. The figure may change as teams go to each street to evaluate the damage.

On suspicion of starting the blaze, which started Wednesday, Authorities arrested a 30-year-old woman. Due to heat and high winds in the region, wildfires increased disproportionately. It is located about 322 kilometers (200 miles) northeast of San Francisco.

Stephanie Bridgett, Shasta County District Attorney, said they charged Alexandra Souverneva of Palo Alto on Friday with arson of wilderness, a felony. And also the aggravation of triggering a state declaration of emergency.

Also, they suspect Souverneva of starting other fires in Shasta County and other parts of the state. Due to this, she has pleaded not guilty yet. Right now, it is unknown if the defendant has a lawyer to testify on her behalf.