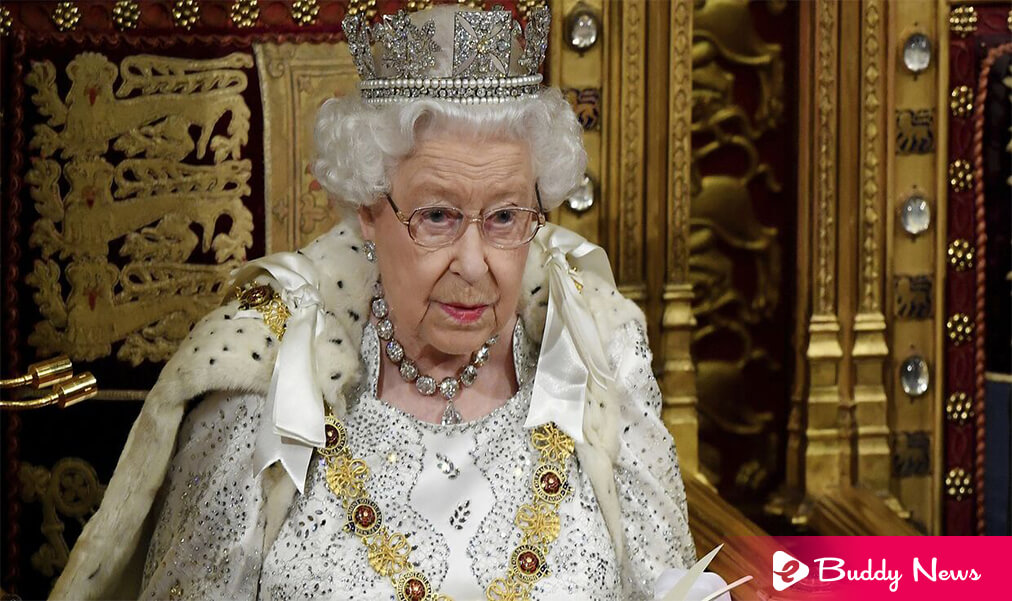 England’s Queen Elizabeth II dies at 96 after a historic 70-year reign, plunging Britain and a world that loved her into mourning, Buckingham Palace announced. Now her son, Prince Charles, has become the new king.

Prince Charles is already the new king. He, along with his wife, Queen Consort Camilla, will remain at Balmoral Castle until his return to London.

Buckingham says that Queen Elizabeth II dies at Balmoral in Scotland. The King and Queen will remain at Balmoral and go back to London.

Elizabeth II enjoyed the longest reign in the history of her country, and one of the longest in the world, after having celebrated seven decades as monarch this year, her Platinum Jubilee.

Her doctors had announced that morning that her attendant doctors had placed her under medical supervision after her health had deteriorated. They were concerned about her condition.

The different members of the Royal Family rushed to Balmoral, throughout that day, to say their last goodbye to the Queen.

The death of the sovereign, who had largely reduced her public appearances in recent months, sets in motion the so-called Operation Unicorn, the planned contingency plan if Queen Elizabeth II dies in Scotland, to take the body to London.

It is planned that a funeral chapel with the Queen’s coffin will be organized in London so that citizens can say goodbye to her. However, that has not yet been reported if the same will also be done previously in Edinburgh, the capital of Scotland, before being transferred to London.

The Dean Of Monarchs

Delivered to her charge with body and soul, Elizabeth II, who considered that she was as old as she felt, had weathered the pandemic, the devastating death of her husband Felipe, who died in April 2021 at almost 100 years old, and the royal family’s various crisis.

Among them, the ‘Megxit,’ the exile of Harry and Meghan to the United States, from where they accused the royals of being unsupportive and racist, issues that the sovereign promised to deal with ‘in private.’

Also, the scandal starring Andrés, assumed his favorite son. The latter had to leave public life due to his friendship with the American financier Jeffrey Epstein, accused of sexually exploiting minors.

One of them, Virginia Giuffre, claimed to have been forced years before to maintain relations with Andrés and sued him for sexual abuse in the United States. Her accusations that he always denied but earned him being deprived by the Queen of his military honors and of using the title of Royal Highness.

She settled the case with a multi-million dollar confidential financial settlement.

Queen Elizabeth II was the dean of all the monarchs in the world and the one. They occupied the British throne the longest, which she ascended on February 6th, 1952.

She said that her whole life, long or short, would be dedicated to our service and the service of their great imperial country. She told that in a radio broadcast speech, people always interpreted it as a manifesto that ruled out abdication.

She was born in London on April 21, 1926, ‘Lilibet,’ as her family called her, was not initially destined to be Queen. But the course of her life changed after her abdication, embittered for a divorced American, from her uncle Edward VIII in 1936.

Queen Elizabeth II consented to the throne when she was only 25 years old when her father, George VI, died in February 1952. However, she had to pass the time until June of the following year for her to get the crown as the fortieth sovereign of England since William I, the Conqueror in 1066, in the foremost and only British coronation ceremony so far televised.

From that moment on, the Queen devoted her life tirelessly to her essentially ceremonial duties and official visits as Head of State, Commander-in-Chief of the Armed Forces, Head of the Britain Commonwealth, and Head of England’s Church.

From The Death Of Diana To A Cameo With James Bond

She married at the age of 21 to her distant cousin Philip Mountbatten, son of Prince Andrew of Greece and Denmark, and the Queen had four children: Charles, the heir to the throne, born in 1948; Anne, born in 1950; Andrew, in 1960; and Eduardo in 1964, who gave him eight grandchildren and twelve great-grandchildren.

Throughout her reign, Elizabeth II strove to maintain the monarchy’s prestige.

When Princess Diana, divorced for a few years from Prince Charles, tragically died in 1997, the British, shocked, criticized her coldness. That episode was a tough test for the institution, which experienced its lowest hours.

But the Windsors learned from their mistakes and gradually regained credibility, demonstrating their capacity for renewal within continuity with the grand wedding of Prince William, the eldest son of Charles and Diana, with the young commoner Catherine and later that of his brother. Harry with American actress Meghan Markle.

When Elizabeth celebrated her Diamond Jubilee in 2012, her popularity rose again. Her apotheosis came when she agreed to play herself alongside actor Daniel Craig as James Bond in a short film shot for the London Olympics opening ceremony.

During her Platinum Jubilee in June, she once again displayed her sense of humor with a video. In that video, she appeared to be having tea with the famous animated Paddington Bear and banging her silver spoons against china cups to the tune of ‘We Will Rock You’ by Queen.

During her more than 70-year reign, Elizabeth II of England dealt with 15 British prime ministers. However, the last one, Truss, only met her once.

Historians consider that the one who had the greatest influence on her was Churchill, who served as her mentor.

She has since dispatched with fifteen prime ministers ranging from Churchill to Harold Wilson, Margaret Thatcher, Tony Blair, David Cameron, Boris Johnson, and the last one, Liz Truss. She received at Balmoral just a few days ago with whom she was always punctual to her weekly audiences to discuss the nation’s state at Buckingham Palace.

She almost always respected the principle of not interfering in politics, but in the referendums on Scottish independence in 2014 and on Brexit in 2016, she revealed her statements made in private and never denied it. She pointed to her preference for keeping the Scots in the country and leaving the European bloc.

However, on one occasion, she gave signs that suggested support for the European Union and called for ‘respecting the different points of view’ and ‘seeking a ground of understanding,’ in what was interpreted as a call to overcome the division created in the country due to Brexit.

In October 2021, before COP26, she considered it ‘really irritating,’ in a private conversation, that world leaders ‘talk but did not act’ against global warming.

A Queen Turned Into An Icon

Elizabeth II’s influence crossed borders and encompassed everything. So much so that the monarch’s image became a powerful personal brand that inspired many. She staged her life in many movies and series. Andy Warhol portrayed her to Lucian Freud. She was not in vain one of the most photographed women in the world. Even the punk movement immortalized her forever with the Sex Pistols’ version of God save the Queen.

Also, in the world of fashion, Elizabeth II created style. Like all aspects of her life, her wardrobe was always at the service of her obligations, and she knew how to give her unmistakable style. Her shoes, bags, white gloves, and hats never left her, and her vibrant colors made her recognizable in the crowds. With the careful selection of her special jewelry box, her country looks  – kilt and scarf on her head – she sent messages in each of her appearances. Whether in public or private, Elizabeth II, the Queen of all queens, never let go of her wand.

After Queen Elizabeth II dies, many countries’ political leaders, Prime Ministers, and other important persons paid their tribute and sent messages to the royal family.