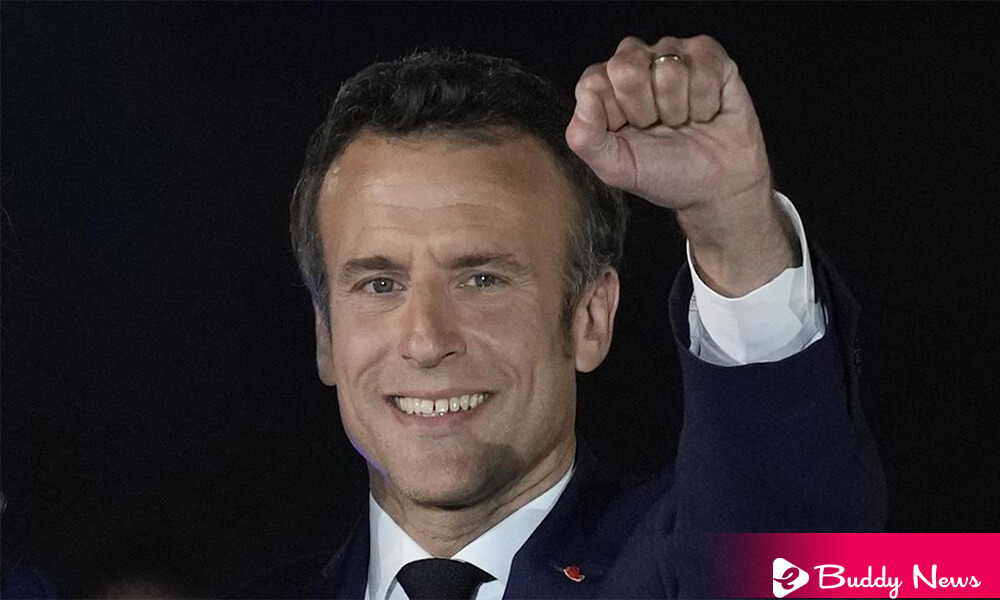 The president, Emmanuel Macron, wins the second round of the French election, defeating his strong opponent National Group party Marine Le Pen. He was elected as the president of France again.

Marine Le Pen went to a press conference after publishing the first estimates. The National Group candidate accepted her defeat on Sunday night. However, she asserted that the current result was already a victory.

41.55% of the voters support it, as it is the party’s best result in its entire history. Her father, Jean Marie Le Pen, founder of the Front National, won 17% of the vote in 2002 against Jacques Chirac.

Le Pen confirmed that she had already set her sights on the legislative elections on June 12, the new electoral scenario where her proposals will confront those of the president.

In the same vein, Jean-Luc Mélenchon, the candidate of the France Insumisa, who also at a press conference, confirmed that he is already thinking about June that the third round begins today. He confirmed to the media.

Macron wins in the second round of the French election repeating the same general pattern five years ago but in a very different context over Le Pen.

President Emmanuel Macron and the far-right Marine Le Pen faced each other on a ballot marked by the uncertainty of the direction of the electorate’s vote for the leftist candidate of Untamed France, Jean-Luc Mélenchon.

Another of the ghosts that hovered over the previous two weeks of the campaign was the level of abstention. It would stand at 28.2%, the highest since the 1969 elections.

A second-Round Marked By Confrontation

A confrontation marked the second round of the French elections between the candidates from two different countries. The proposals of the two countries were at a crucial moment for France and the Atlantic Alliance. It had importance in the context of the war in Ukraine and the future of the European Union.

After a first-round in which President Macron ruled out, for the most part, participation in electoral debates and rallies, this trend changed after learning the results on April 10.

In the last two weeks, the Republic on the Move candidate toured the bastions. It offered the greatest support to Le Pen to present his proposals and get closer to an electorate dissatisfied with his management during the last five years.

Between these great blocks, the candidates represented the end of the campaign.

Climate Policies And The Ukraine war Are Protagonists In The Campaign

At a rally in Marseille last weekend, Macron said that the policy that he would make in the next five years would be environmental, or it would not be. The French president then pledged to make France the first great nation. He wanted to abandon gas, oil, and coal. He also wanted to appoint someone with a ‘determined green outlook’ as Prime Minister.

Macron accused Marine Le Pen during the last electoral debate because of a climate skeptic. However, the far-right candidate confirmed during the final period of the campaign that ‘her will’ was to govern within the framework of the Paris climate agreement.

The war in Ukraine and the personal immediacy between Marine Le Pen and Vladimir Putin, the Russian President, also entered the movement.

Soon after the Russo-Ukrainian war had ended, the candidate mentioned that ‘her will’ was to seek a rapprochement with Russia and NATO. Further, they have resolved with a peace treaty, and Macron defended carrying out sanctions on Russian gas and oil after the massacre of civilians in Bucha, a city near Kyiv.

In economic matters, one of the great battlegrounds between the candidates was the age of retirement, which Macron wants to delay, with nuances from 62 to 65 years. However, Le Pen wants to decrease it to 60 years on the other side.

Regarding purchasing power, the great concern of the French according to the Ipsos survey, Macron defended his tax reduction policies. It confirmed that he would fight inflation with specific aid such as a bonus or exemptions from the contributions that companies can offer their workers.

However, Le Pen’s bet went through a drop in VAT on fuel and electricity from 20% to 5.5% and a reduction in highway tolls and aid for large families.

Both candidates’ proposals will face each other again in the legislative elections on June 12. It will happen if Emmanuel Macron takes office for a new term, the last, since he would not be able to aspire to third re-election.