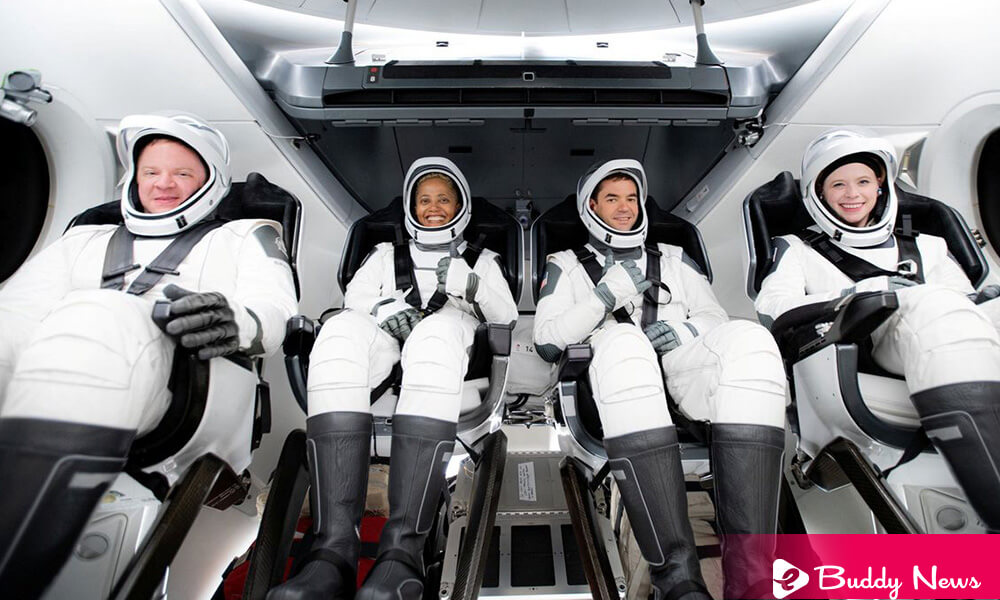 The race for space tourism has only just begun. Suppose Richard Branson and Jeff Bezos measured their forces last July by caressing the frontier of space with their respective ships. Virgin Galactic’s VSS Unity and Blue Origin’s New Shepard, just a few days apart. Now another billionaire, Elon Musk, the owner of SpaceX, intends to smash any record. SpaceX launched four civilians into space on a three-day mission, the first to orbit the Earth with an entirely civilian crew.

The ‘Inspiration4′ program is far more ambitious than the few minutes of weightlessness that Branson and Bezos’ clients paid for it. The SpaceX Crew Dragon capsule was taken off aboard a Falcon 9 rocket from Launch Pad 39A at NASA Kennedy Center in Florida. The Apollo missions to the Moon departed. Once in orbit, it circled the world once every 90 minutes at more than 17,360 km per hour. Or it is about 22 times the speed of sound. Five hundred seventy-five kilometers is the target altitude beyond the International Space Station (ISS) or even the Hubble Space Telescope.

Like the Blue Origin vehicle, the SpaceX vehicle was take off vertically from a launchpad in an entirely directed flight from the ground to launched four civilians. By contrast, Branson’s suborbital rocket plane had two highly trained pilots at the controls. It carried its four passengers at an altitude of 81 km. Federal Aviation Administration of the United States Government rejected Virgin Galactic launches on a preventive basis after the ship registered two warnings of danger for being out of the stipulated trajectory.

Launched SpaceX By A Millionaire

American billionaire Jared Isaacman, founder and CEO of the payment processing company Shift4 Payment, has chartered the new flight. At this moment, it is unknown what this 38-year-old experienced businessman and pilot have paid. Still, it was probably in the tens of millions of dollars. “The risk is not zero,” he acknowledged in an episode of a Netflix documentary about the mission. Also, he stressed that they traveled in a rocket at 28,000 kilometers per hour around the Earth. In this kind of environment, there is a risk.

Married and the father of two children, Isaacman started his own business at age 16 from his living room. With a record for circling the world in a light jet, he has always been passionate and interested in exploring space. He also witnessed Richard Garriott, who visited the space station as the first tourist of a departure rocketship from Kazakhstan in 2008. It was after that experience that he wanted to contact SpaceX. And he dreams of going to space. However, it becomes true with the help of Elon Musk. Now they are going to SpaceX, launched in orbit with four civilians.

Musk’s company has already brought a dozen astronauts to the ISS on behalf of NASA, but this was the first time that non-professional astronauts traveled. Isaacman, the ‘commander’ of the mission – actually an honorary title – joined by three other people chosen through a process announced first in February at the Super Bowl.

Each and every crew member represents a pillar of the mission, conceived by Isaacman to raise awareness. And he supports one of his favorite causes, St. Jude Children’s Hospital in Memphis, a leading pediatric cancer center and one to which the businessman has promised.

He is the first person with a prosthesis to go into space. While Isaacman’s seat represents “leadership,” the “hope” seat belongs to the youngest passenger, Hayley Arceneaux, 29, a childhood bone cancer survivor who works as a medical assistant at St. Jude. Entirely new to this field, the first thing she asked when offered to travel onboard was, “Are we going to the moon?”

The “generosity” seat goes to Chris Sembroski, 42, a former US Air Force veteran who served in Iraq and now it works in the aviation industry for the Lockheed Martin company. He chooses after donating to St. Jude Hospital. Its tasks helped to manage the cargo on board and the communications with the Earth.

51-year-old science teacher Sian Proctor, who in 2009 narrowly missed her chance to become an astronaut at NASA, filled the last slot. As mission’s pilot and assisting the commander, she participated in an experiment simulating life on Mars in Hawaii.

The crew’s training has spanned several months. It has included experimenting with high G-force in a centrifuge, a giant arm that rotates at high speed. They also used parabolic flights to experience their weightlessness for a few seconds. They completed a high-altitude snow hike on Mount Rainier in the northwestern United States.

During the three days, they are in orbit. They tested them for sleep, heart rate, blood, and cognitive abilities. They also conducted the tests before and after the mission to study the trip’s impact on their bodies.

The stated goal of ‘Inspiration4’ is to make the space accessible to more people. However, at this moment, they are only open to the privileged few. For example, an anonymous billionaire even paid $ 28 million for a hole in the Blue Origin ship. In the end, he gave to someone else, the young Dutchman Oliver Daemen, to postpone his adventure for scheduling reasons.

After three days orbiting Earth, the spacecraft will land in the Atlantic. Isaacman said that in all of the humankind’s history, fewer than 600 human beings had reached space. They are proud that their flight helps influence all those who travel after them.